How often do you get your shoe shined? We often see shoe shiners in the Financial District, at the airport and maybe the odd shop at nearby subway stations.  Just people trying to make a buck and offering a service we may not really think too much about. I did take note of the documentary SHINERS: The Art of the Shoe Shine that is scheduled to make it’s World Premiere during HotDocs Film Festival. Directed by Stacey Tenenbaum, the film opens viewers to the world of the men and women who make their lives cleaning shoes.

From Toronto to Tokyo, SHINERS travels the world to give an insider’s look at this often forgotten about profession. Not only do they provide a service but they provide for themselves and they families. Their stories are fascinating. While some may not have had much choice in a career some also taking the art of the shine quite seriously.

Tenenbaum tells us that she had the idea for the film and started just looking out for interesting and engaging shoe shiners in different countries. Our perception of shoe shiners was changed when we heard that she mentioned that they are generally pretty outgoing and talkative people. “I found Don from New York first. He’s quite the character so there were already some news stories about him online and even a few YouTube videos, ” said Tenenbaum. “As soon as I saw him I knew was perfect for this film. The others came to me pretty much the same way except for Vincent, the young barbershop shiner from Toronto.” 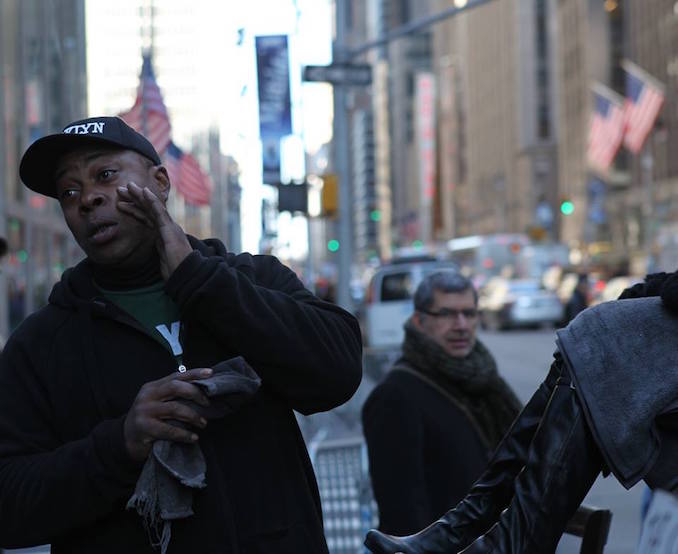 It  turns out she had discovered him on Instagram and it turned out that he was actually a third-generation shoe shiner “I couldn’t resist. Most young people today wouldn’t dream of becoming a shoe shiner. It’s the same with cobblers.” People just don’t value these jobs any more and because of that they’re disappearing. That’s why I as so happy to find somebody young like Vincent who was shining shoes. Once I had bunch of amazing personalities I had to narrow it down so that each shiner I featured in the film had a different story to gell or brought som new perspective to the job. I think that’s what makes the film so surprising.”

And that it did! SHINERS takes us into the life of shoe shiner Yuya Hasegawa in Tokyo, Japan. His dedication to the art of the shine caught us off guard at first but like many people who are passionate about what they do, it comes to no surprise that they are near obsession with their craft. 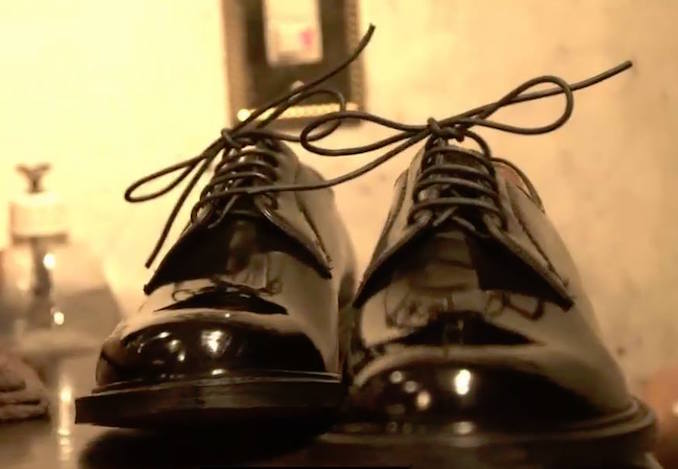 Tenenbaum explains that when she started researching shoe shiners, she quickly found a whole community of ‘high class’ shoe shiners out there. “Tis is an international community and most of them know each other. That was a real eye opener for me and i knew it would be surprising for people watching this film as well. Most people when they think about shoe shiners don’t expect to see somebody wearing a perfectly tailored suit while polishing a pair of shoes! I loved that and knew I had to find the perfect character to bring this high class shoe shine scene to life.”

She started looking for that person in Japan because she knew the Japanese were famous for their single-minded attention to detail. “I was hoping to find a shoe shiner there who was obsessed with his raft- kind of like Jiro Dreams of Sushi character but for shoes,” said Tenenbaum. “I certainly found that in Yuya! What attract me even more to his particular story was that Yuya started working on the street before opening his fancy shop. I had never heard of a street shiner making that leap up to a position where he is now shining very rich people’s shoes and working with them standing up, eye to eye, as an equal rather than kneeling at their feet. What Yuya is doing really breaks through those questions of class you usually come up against when you think of shoe shiners.” 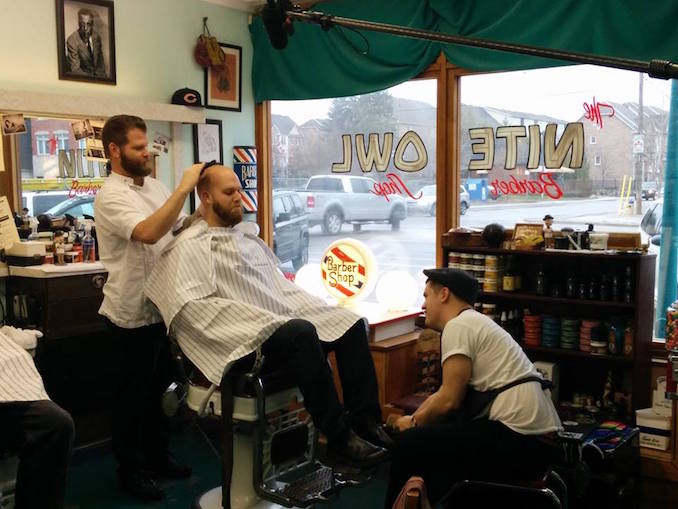 As for our local Toronto-based shoe shiner, Vincent Zacharko who happens to be the youngest featured in the documentary,  we also had a chance to chat with him.

What’s the key to agree shoe shine? Zacharko tells us it’s not using too much polish. “A lot of people think more polish = a better shine. That’s simply not true. A proper shoe shine, one that will last a long time and will have a mirror finish, is one with several thin coats, rather than one heavy coat. There should be next to no wax on the brush when you are applying it to the shoe, and do several layers with buffing in between.”

Zacharko tells us that through this profession he’s learned that it’s honest work. “Every person who I’ve met in the trade has been so welcoming, even if we may do completely different styles of shoe shines. For example, I do a quick shine, its a traditional 5 minute army style spit-shine, and I charge $5, one dollar a minute. That’s fair for everyone! There are many different styles of shoe shines people do, but the second I tell them I’m a shiner, they just light up! it’s a real community.”

So why shoe shining? For Zacharko it’s been about continuing something his grandfather taught his mother and in turn taught him. As he works through a local men’s barber shop he’s been able to pass along his skills to apprentices and have found that coworkers and customers have a better understanding and appreciation of the craft. “And it makes people feel better, it feels good to have shiny shoes, and it feels good to have a shoe shine! I’m glad I can help someone experience that!” said Zacharko.

Good news! The critically acclaimed documentary from Hot Docs, is having a special 3-day screening at The Royal Cinema (Toronto) starting on February 17, 2018. Director Stacey Tenenbaum and on elf the subjects, Vincent Zachary, will be attendance for a Q&A at the February 17 & 18 screenings.

Top February Events in Toronto for the Family

February is a month of celebrating love and family. Even though it’s still winter, we have many opportunities to explore […]

The weather is looking better and we’re feeling a little more confident in getting out more — yes, yes, we’re […]