The Holocaust and Apartheid are two pretty intense topics to cover in one musical, but Garth Drabinsky goes for it anyway! Piano teacher, Sousatzka, a Polish immigrant in London, tutors Themba, a black South African teenager, in piano. Their worlds collide and it becomes apparent that they share much more than they at first thought. 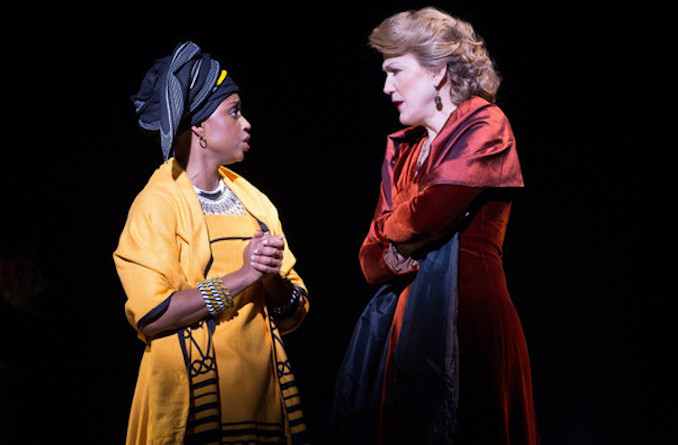 What a display of talent in this cast! Victoria Clark is a likeable and unstoppable powerhouse, as is Montego Glover, who lets those vocals sore. Rousing South African numbers and full cast performances demonstrate what an excellent amount of talent is currently on display at the Elgin and Winter Garden Theatre. Though sadly I have to say it is a shame that the brilliant talent and diversity of this piece doesn’t extend too much further than the actors.

The cast are talented, yes, but are the characters they’re given to play believable? Urrrm…not wholly. Jenny, for example, was a caricature of a Northern(ish?!) punk with overcooked style, an undefinable age category and with an unbelievable choice in men.

The concept is interesting, but it creates a conflicting focus. I almost felt like Drabinsky et al felt the plight of the holocaust victims to be stronger than those who suffered during Apartheid…why does the auditorium get a full on projection memorial to Jewish victims of war? I feel they missed a trick here; the moment would have been much more poignant if the portraits of those who lost their lives included South Africans, too. This would also have worked to pull the shows two themes together a touch more rather than looking like a disjointed attempted at provoking emotion. 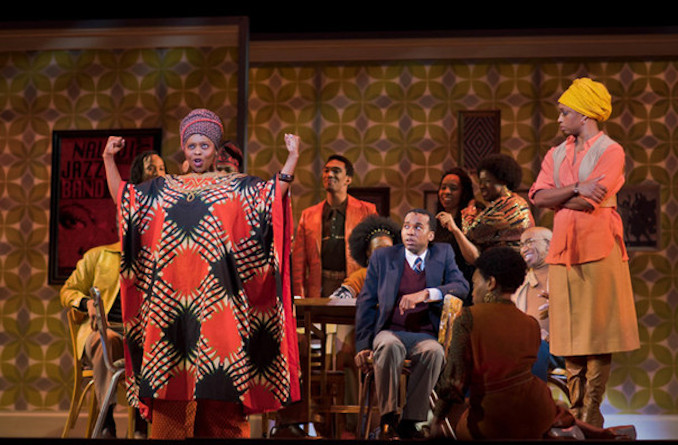 There are some nice moments in the show, especially the prologue and Rainbow Nation musical numbers, but at over 3 hours in duration, Sousatzka is simply too long. There are some unnecessary musical numbers for musical numbers sake. If I were to take my scissors to the piece, I would slice out Brand New Family and All I Wanna Do (Is Go Dancin’) from the first act and from Act Two I would say the conceptually confusing Christmassy Ring One Bell needs to go.

During the curtain call, the creative team came to take a bow and I was immediately struck by the number of older white gentlemen there were behind this show. I believe I counted one female to thirteen males. While this production may be preaching breaching gaps of racial divide, it does nothing to practice what it teaches in promoting diversity behind the scenes. Garth Drabinsky needs to learn a few lessons from Themba and Sousatzka; diversity is power…and this show has the potential to yield some power, but it perhaps needs a few varying voices to help guide it in the direction it wants to go in. 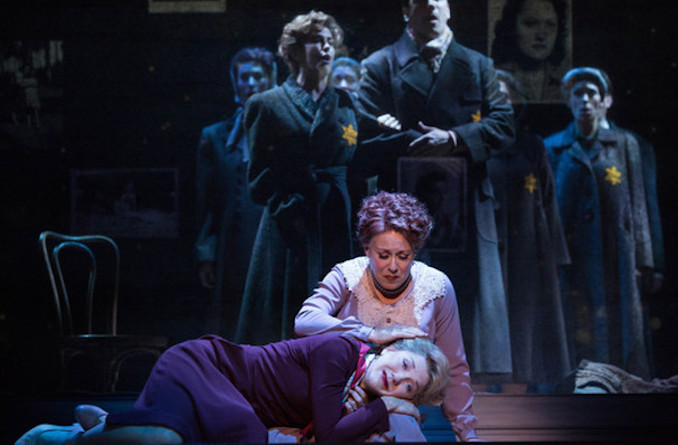 Did I enjoy Sousatzka? Yes, actually I did. The cast were great and sounded lovely together and somewhere in there, there is an engaging story of culture collaboration. I just feel the creative team are very far from the “rainbow nation” utopia they preach and perhaps ought to consider some further collaboration and reconsideration before attempting to breach Broadway with this currently a touch superficial production.

“A Day in the Life” with Toronto creative Erika Batdorf

Erika Batdorf is from Nova Scotia and has been creating absolutely unique performance work for a LONG time. She loves […]

Getting schooled by the kids in School of Rock The Musical

It can be tough for the youth in a large production like Andrew Lloyd Webber’s School of Rock The Musical, whose […]