Hot Docs 2013 brought a wealth of great new documentaries and some, like Liz Marshall’s The Ghosts in Our Machine, will be back for a longer run in theatres. This year however, it’s becoming more noticeable that documentary cinema is expanding. 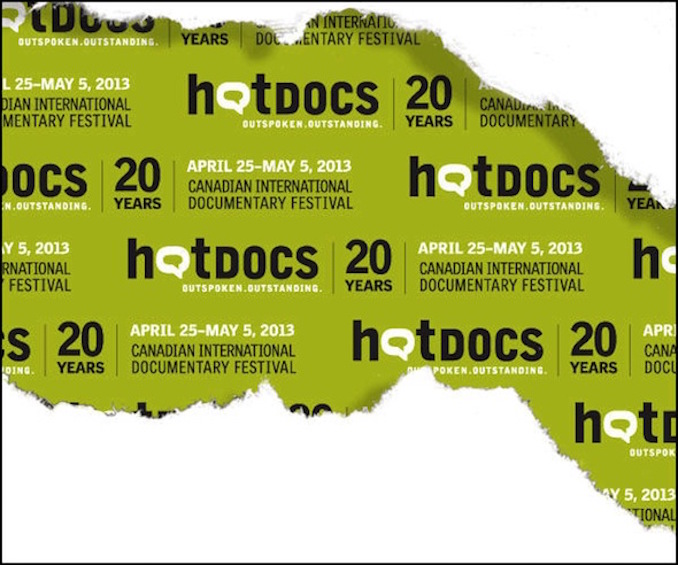 Documentaries have a way of exposing the worst parts of our history, from fast food binging to major corporations swindling the little guy to environmental disasters. Over the past couple of years however, there have been documentaries that focus on the positive side of humanity. Don’t get me wrong, the exposés are necessary to remove the wool cast over our eyes but it’s equally important to document what humanity is capable of: what we can do and who we can be in terms of bettering ourselves and the world in which we live. This brings me to two documentaries I saw this year that particularly stood out.

The first is Phie Ambo’s Free the Mind. The film explores how little we think about our own breathing and how meditation and yoga can contribute to a healthier, stable mind. But this probably sounds hokey if you’re not already into the yoga craze, right? I was pretty skeptical too, at first. What makes this film remarkable is that it focuses on two subjects. One is a six or seven year old boy with ADHD and the other are a couple of war veterans who recently returned from their posts overseas but have been suffering Post-Traumatic Stress Disorder (PTSD). The film follows these subjects. The little boy is guided by someone to help him deal with his sudden anger and anxieties. The veterans attend a breathing workshop with several other war vets. By the end of the film, there are some changes with the little boy such as overcoming a few of his anxieties.

The veterans however, notice a drastic difference. One of them talks about not having had to slip an Ambien before going to sleep during the course of the one week workshop. Both of them find themselves calmer and having less frequent flashbacks of traumatic moments during the war. In fact, the difference is so drastic, Director Phie Ambo couldn’t quite believe it herself, “For me, it was such a strange dilemma to be in because I was following these people and it really did have a very large effect on them. But I also knew that this is almost too good to be true, people are not going to believe that the effect is so strong. Some people think, did I manipulate with it in some way? But I didn’t. That was what happened.” Having faced some resistance at the editing stage, Ambo mentions, “It’s interesting to see how it’s difficult for people to believe that something so simple as these methods can have such a powerful effect.” The expert in Free the Mind is Dr. Richard Davidson who focuses on meditation and breathing as a way of “promoting human liberation.” Dr. Davidson himself doesn’t think of breathing as a cure-all though, “I’m certainly not someone who’s totally anti-medication. I think that medications can be important when used judiciously and in certain kinds of extreme situations but I also believe that stimulant medication, particularly for children, is way overprescribed. I believe that the kinds of mindfulness practices that are featured in the film represent strategies by which attention can actually be educated in young children.”  While the changes in the subjects seem unbelievable, I couldn’t help but feel moved upon seeing the war veterans regain some sort of normalcy and agency in their lives.

The second feel-good hit was Director Alan Zweig’s 15 Reasons to Live. The film begins on a highway with Zweig’s voiceover talking about his friend, a record store employee, who compiled a list of these reasons to live. Inspired by this list, Zweig set out to find subjects and stories that best exemplified each reason. The reasons themselves vary greatly. They go from conventional (Love, Friendship and Home) to unconventional (Duty, A Critical Mind and Intoxication).  Zweig found his stories through friends, ads and generally people he knew and he originally had collected 100 stories.

All the stories in the film are positive and what’s most interesting is the way that each story ties into its title or rather, its reason. Duty, for example, has two couples telling us a story about when they came across a humpback whale caught in a net, dying. These two couples were on a boat together and one of them, owned a whale watching company (which is how they came across the whale in the first place). Risking their lives, they drew their boat closer to the tangled whale and with the small knives they had, began working at the net bit by bit until, finally, the whale was free. With stories of goodwill, it’s hard not to feel slightly changed after having seen the film. It was no different for the Zweig either. “I believe that I was to some degree changed, not so much by the stories we were filming and ended up using but just, from the very beginning, from looking for stories and putting myself in that realm. At the end of the film I say something about choosing happiness but, well, I feel like I wouldn’t have thought of choosing happiness until I started the film.” So other than successfully giving his audience that warm, fuzzy feeling, what exactly was Zweig trying to achieve with a film so positive? “It was almost like I was looking for a different way to make a film. I guess I just wanted to experiment with storytelling, non-fiction storytelling. How could I tell a bunch of unconnected stories and would the collected humanity of them add up to something or would it make it hang together?” Well they definitely did especially because once each reason appears on screen you can’t help but think to yourself, “Yeah, that is a pretty good reason for living.”

Another good reason? Both these films are getting wider release with the end of Hot Docs.

“A Day in the Life” with Toronto Director Matthew McLaughlin

In Ace in the Hole (1951, dir. Billy Wilder), a cynical journalist conspires to delay a cave-in rescue, counting on the ensuing media […]

What to see & do in Toronto this March

Spring is just around the corner! We can almost smell it! If your looking for something to change up your […]