Toronto is the biggest city in Canada in terms of population and there are over 2.5 million people wanting to be entertained. If we add the number of visitors to the city, which stands at over 20 million per year, Toronto is a busy city. As a result, there are many entertainment venues but what are the best places for entertainment in Toronto? 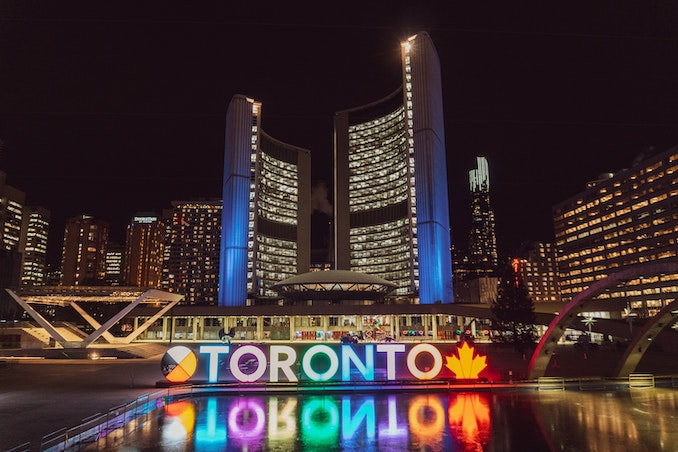 The Danforth Music Hall may be one of the oldest music venues in Toronto, but it remains one of the best for an evening of entertainment. The venue is enormous and can accommodate 1,400 people for music gigs, with each person having their own seat. The lowest row of seating is inclined, so wherever you happen to sit, you will have an unobstructed view of the stage. Performances are on an almost daily basis throughout the year, and you are sure to find a band you would like to watch.

Located on Bremner Boulevard in Toronto, the Rec Room is a wonderful place for an evening of entertainment. On first inspection, the Rec Room may look like a bar, but it opens out to over 40,000 square feet of floor space packed with gaming opportunities. Offering live entertainment, virtual reality gaming, arcade games and much more, the Rec Room comes alive in the evenings with people having fun. The food comes highly recommended so you can take a break, refuel, and then get back to the gaming action.

For those looking for a sophisticated evening of entertainment in Toronto, Koerner Hall comes highly recommended. The concert hall is regarded by many as being one of the best in the world and if you enjoy classical music, Koerner Hall is where you will hear the best performances in the city. The world’s top musicians come to Toronto to play Koerner Hall so put on your best attire and enjoy an evening of high-class musical entertainment.

Nothing beats a night at the casino and one of the top venues for casino entertainment in Toronto is Casino Woodbine. The casino certainly looks the part upon arrival, with the large neon signs and screen at the entrance. Going inside and you will find everything you need for a great night of gaming, including a vast array of slots and table games. You can even hire a VIP room complete with private dealer if you want to play with high stakes. Complete with a sportsbook and plenty of bars and restaurants, Casino Woodbine is one of the best entertainment venues in Toronto. In addition to the land-based casinos, there are many new online casinos in Canada waiting to be discovered.

Originally built in 1938 and reconstructed in 1997, the Scotiabank Arena is the leading sports entertainment venue in Toronto. It is currently home to the Toronto Maple Leafs, who play ice hockey in the National Hockey League (NHL) and the Toronto Raptors, who play basketball in the National Basketball Association (NBA). The Scotiabank Arena also hosts concerts, and the total capacity is close to 20,000 people.