Toronto’s hippest, heppest, artsiest festival is back in fine form with the 2022 edition of Luminato. This year’s theme is “Long Days, Warm Nights”, showcasing eleven days of music, dance, theatre, art, literature, and so much more. Following somewhat quieter affairs in 2020-2021, Luminato 2022 welcomes some of Canada’s biggest names to party, perform, discuss, and think. 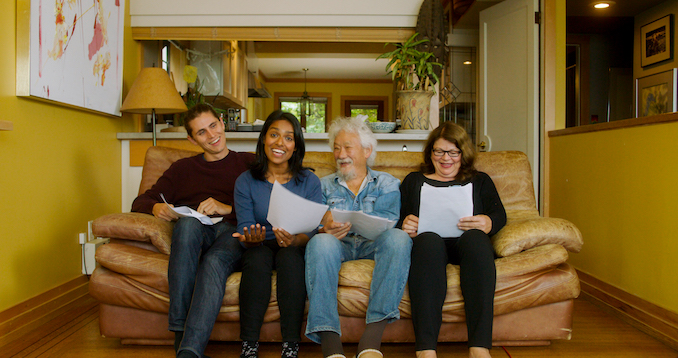 Certain (ahem) restrictions may have limited the past couple years’ worth of Luminato, but the 2022 edition has a number of major draws to attract even the least hipsterish of Torontonians. This year, there are two giants of Canadian culture: David Suzuki, aka the “Canadian David Attenborough” (or is Attenborough the “British David Suzuki”? Hmmm…) and epic-scale photographer Edward Burtynsky. Other luminaries at this year’s festival include literary critic Donna Bailey Nurse, playwright Tomson Highway, and (members of) Montreal-based post-rock band Godspeed! You Black Emperor.

Undoubtedly, Suzuki’s appearance here is the big coup of the festival. The octogenarian, who lives primarily in Vancouver, is coming to Toronto for seven performances of a new and unique theatrical experience entitled What You Won’t Do For Love. Guests at the Canadian Opera Company Theatre (227 Front Street East) will be invited into an intimate theatrical environment in which Suzuki and his wife Tara Cullis, alongside actors and real-life couple Miriam Fernandes and Sturla Alvsvaag, engage in a dialogue about love and our natural world. The performance coincides with the launch of a book of the same name, serving as “an inspiring conversation about love and the environment” with Canada’s most prominent environmentalist.

Environmental considerations are never far from mind when it comes to the works of Edward Burtynsky, this year’s other big draw. Burtynsky is one of the world’s great contemporary photographers, specializing in massive-scale depictions of industrial landscapes. Over the course of his 40-year career, Burtynsky has documented, in devastating but beautiful detail, the destruction that humanity has wrought on our planet. Burtynsky’s Manufactured Landscapes (2006) is easily one of the best documentaries of the 21st century, and his new Luminato installation, In the Wake of Progress, promises to draw in major crowds when it debuts at Yonge-Dundas Square. Consisting of photographs and film drawn from across the span of Burtynsky’s career, the temporary installation at Dundas Square will, post-Luminato, be transferring to an indoor “immersive” experience at the COC Theatre, former home of the Canadian Opera Company. 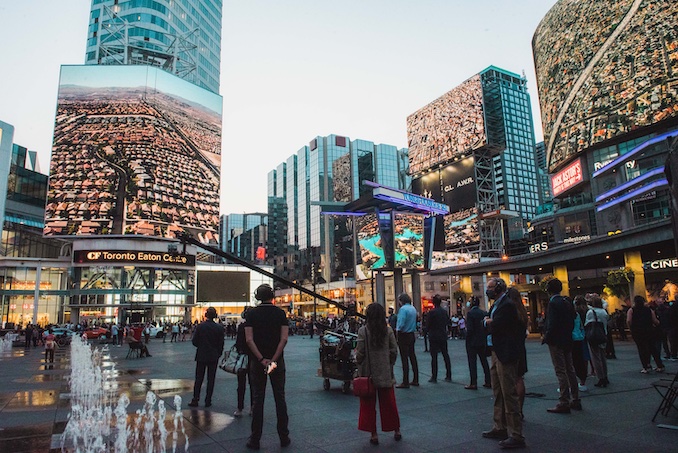 There’s more excitement to be had at Luminato 2022, including the return of Tomson Highway, John Millard, and Martha Ross’s apocalyptic cabaret, The Cave, following is Toronto debut at Soulpepper in 2019. The Cave is a sung-through cabaret performed in English and Cree with an environmental throughline, a “timely parable about the folly of our actions and the impact on friends and foes alike of the climate crisis.” Burtynsky and Suzuki would surely approve.

Other ticketed performances include a special Tribute to Toni Morrison, with Donna Bailey Nurse leading discussions about the legendary, late novelist; and the Godspeed! You Black Emperor-infused Creation Destruction dance performance, with its trippy visuals by multimedia company United Visual Artists, collaborating with the Animals of Destruction dance company. These are big, cool names, and a sure sign that Luminato is back in full force this year.

Of course, Luminato is more than the big names and ticketed performances. Dundas Square, already playing home to Burtynsky’s In the Wake of Progress, will also be hosting performances/dance parties throughout the opening weekend, alongside public talks (Suzuki is a panellist on one), an eco-fair, “Drag Queen Story Time: Nature Edition”, and more. Weary festival goers can end each night with A Late Night Cabaret down at Theatre Passe Muraille will feature nightly concerts, fancy cocktails, and, one assumes, some outré fashion among attendees.

*
For more on this year’s Luminato, including information on free and ticketed events, click here.

Tickets can be purchased here.