For over a decade Harkness has been tirelessly working in his home studio honing his songwriting and production skills. He sings, plays guitar, bass, piano and drums, and also produces everything himself. He counts Prince and Todd Rundgren – both of whom also worked this way – as major inspirations.

Born in Toronto, Canada, Harkness is the 2nd in a brood of 5. Both his parents were talented musicians. His father fronted The Al Harkness Orchestra a band consisting of horns and winds along with a traditional rhythm section. His mother was a top French horn player at North
Toronto Collegiate, a high school known for their music curriculum, as well as a beautiful piano player, who taught the local kids, including her own while they were growing up.

Playing piano since the age of four, it wasn’t until Harkness was shown his first guitar chords by a friend at age 12, that the fire to pursue music was lit. Recalling that moment he says, “It was almost eerie how easily it came to me, hearing the music come straight out of my hands felt so powerful, it was an immediate high that I knew I couldn’t live without. Right away I started writing my own songs.” 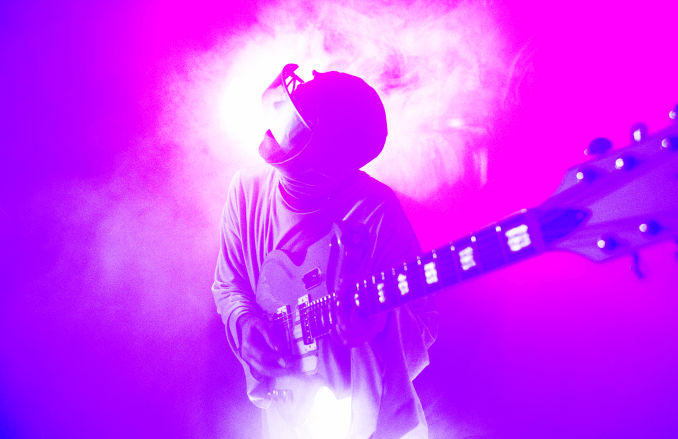 The moment I was born

What The World Needs Now Is Love – Jackie DeShannon

Walk in local ravine before the show

2nd album is almost finished to be released in Spring; a documentary about me is currently being filmed by Maria Markina, produced by Storyline Entertainment.

Boyton Road, It was my Mom’s street as a child and when I was a bit younger I asked to live there with my Grandmother for a few years. It’s close to Mount Pleasant cemetery too which is a lovely place to write music and draw.

German Mills, there is a park there but it also has a ravine and a sweet little river, you can bump into deer and owls and foxes there. Pure Paradise.

“Five Minutes With” the Shy Kids. Walter, Patrick and Matthew

Walter Woodman, Patrick Cederberg and Matthew Hornick (the “Shy Kids”) met at Ryerson University, where an impromptu acoustic cover of […]

Loren Aronov is a young pop Singer and Songwriter. Her new single “Uncool” was inspired by being the odd one […]