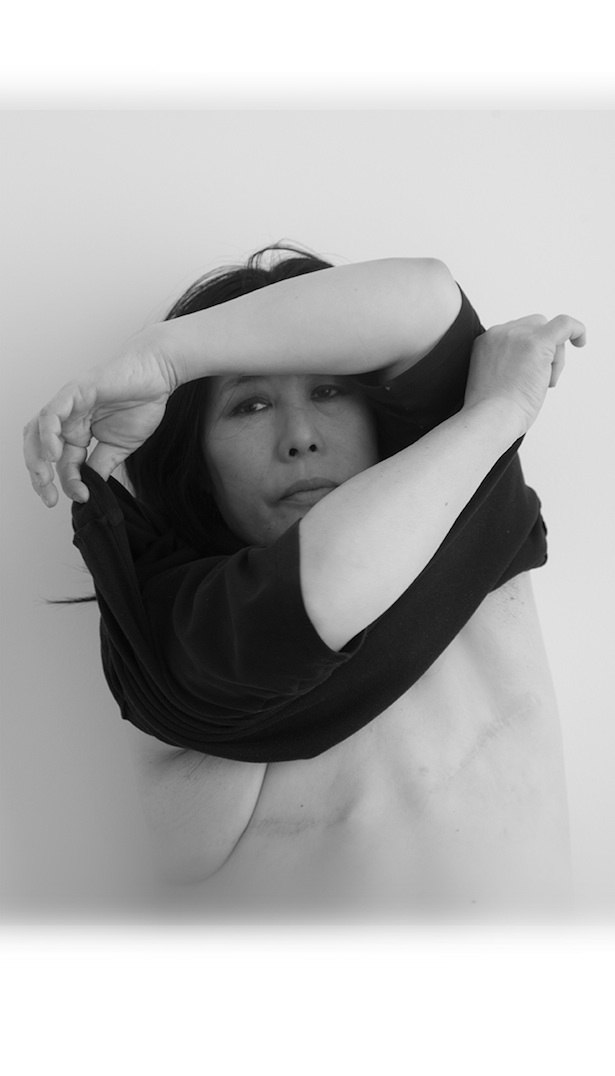 Carol Mark is an artist with a strong intent.

“I’m sure a lot of people are going to be mad at me or disgusted, but you know what? If it’s going to get somebody’s attention, then I’ll do it,” she says.

Artist Carol Mark graduated as an art history major from the University of Toronto. She worked as a nurse for some time and has since been intertwining her passions for art and health to spread awareness in an alternative way.

In 2008, Carol felt a lump on her breast. She went to a Toronto hospital to have it looked at, and they sent her home with nothing to worry about. Eight months passed and the lump didn’t go away.  Finally, she returned to the hospital, where a mammogram revealed the lump to be a tumour. It wasn’t until Carol travelled to the U.S. to get a second opinion that she discovered three other breast tumours that the Canadian hospital had missed.
The next day, Carol underwent a double mastectomy.

“…I have brought my story of suffering and triumph to be shared as a point to dialogue for challenges faced by women with breast cancer and to create change,” her artist statement reads. “…This is my story seen by my eyes, my husband and my daughter of 2026 days.”
Carol’s illness robbed the energy from her body, but in return, gave her an inspiration that she could manifest through art. Her work pieces together a powerful story and doesn’t shy away from the disturbing realities of her struggle.

However, it isn’t her own story that she wants to share. Carol is invested in creating a voice for the hundreds of other women in Canada with breast cancer who are unknowingly prescribed a potentially fatal drug. 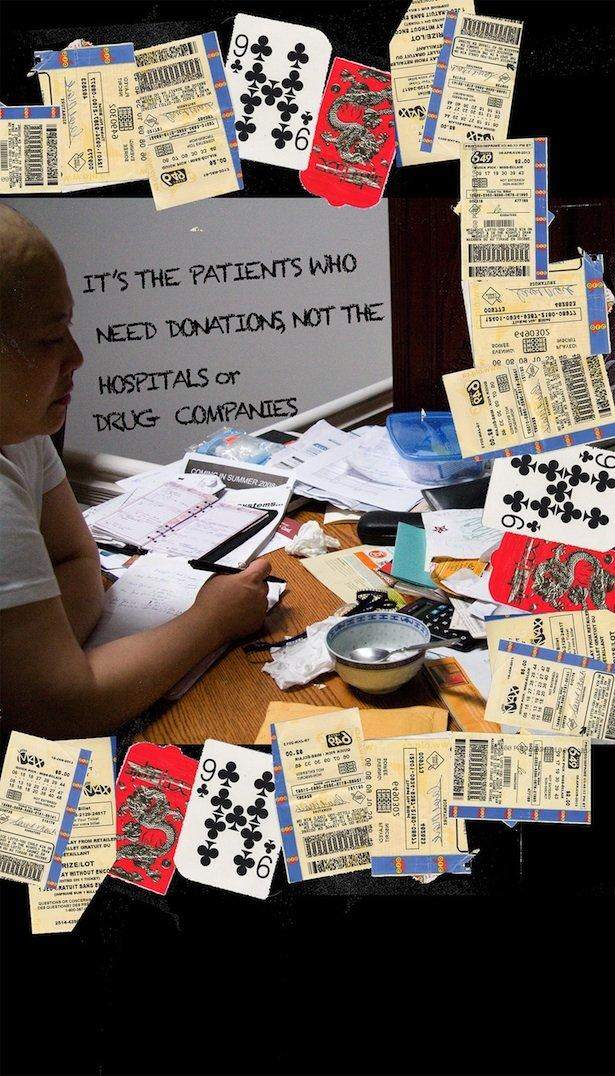 While in the U.S., Carol was prescribed Tamoxifen, a drug that required a preemptive blood test to confirm its compatibility with her body. In Canada, Carol says, there is no precautionary blood test to determine a woman’s compatibility with the drug, yet 20 per cent of women cannot metabolize Tamoxifen properly and can die as a result. She has reached out to advocacy groups and medical associations to confront this frightening issue, but has yet to receive an interest in the cause. “No one here will listen…” she says. “Can we wait to have more women die? It’s one simple blood test.”

Now, Carol is voicing a call to action to have women with breast cancer tested before they are prescribed Tamoxifen. After a lengthy battle with her own illness, she is utilizing her recovery to create awareness through art.

Her six-foot-tall pieces will be on display at the 2014 Feminist Art Conference’s (FAC) opening reception on Thursday, Mar. 6. The conference, which began earlier this week, attempts to break barriers and build a community through the power of art. Last year’s premiere event had close to 200 attendees, and had over 70 submissions from all across North America. The opening reception begins at 7 p.m. at Beaver Hall Gallery, located on McCaul Street, just north of Queen Street. 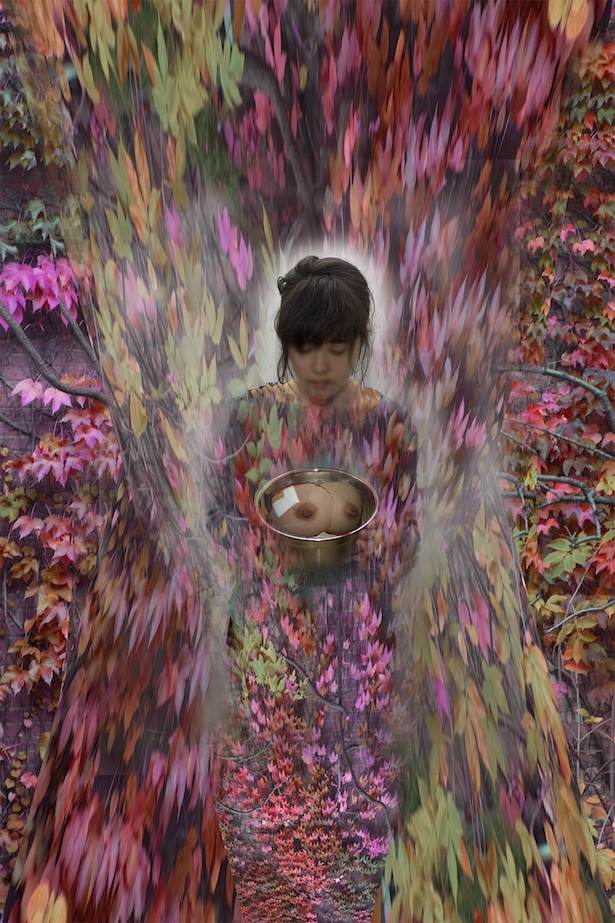 If you’re interested in learning more about Tamoxifen and Carol’s call to action, she will also be speaking on a FAC panel at OCAD University on Saturday, Mar. 8, at 1 p.m.
Carol hopes that her involvement will draw attention to a critical issue that affects Canadian women and their families. “Why would you put yourself out there unless you were desperate and you wanted to say something?” she says. “We are all artists; we all have a voice.”

To learn more about Carol’s call to action and/or to sign the petition to have women medically tested before the use of Tamoxifen, please visit, www.tamoxifensurvival.blogspot.ca.

If you would like to chat with Carol about her artwork and her cause, email her at teantaste@gmail.com. You can also check out her home-run business, Love of Tea, which focuses on creating organic blends that are optimal for taste and health.

To view the artists and the schedule for this year’s Feminist Art Conference, check out www.factoronto.org.

This multi-talented authentic man is an inspiration to many. A visionary with a unique path on a journey to impact […]

Kelly Kyle is a Toronto based Conservation Picture Framer, Gallerist and Photographer. Kelly’s career as a framer began over 25 […]

A Day in the Life with Local Toronto Artist Harley Valentine

Harley Valentine was born 1983 in Hamilton, Ontario and currently lives and works in Toronto. His large scale sculptures and […]