The Aga Khan Museum holds many treasures between its walls but it also has an auditorium space that is often used for guest speakers and performances. Recently, it was Clair-Obscur that caught my attention. An unforgettable concert by two incredible musical ensembles: the musicians of Constantinople and the singers of A Filetta. Songs performed were rooted in traditions and repertoires from land, sea, and sky. Moving, soothing, flowing —  as though you were on a spiritual journey passing through various landscapes.

Constantinople is an ensemble was founded in Montreal in 2001 by its artistic director Kiya Tabassian. Influenced by history and culture of both east and west, the sounds are a passionate exploration with the old and the new. Tabassian plays the sétar and lent his enchanting voice in various pieces, Didem Basar plays the kunan beautifully – a traditional Middle Eastern stringed instrument resembling a harp, Tanya LaPerrière plays a beautiful Viola d’amore, and Patrick Graham is mesmerizing percussionist taking to several instruments.

A Filetta formed in 1978 by a group of Corsican singers with a desire to protect the traditional oral heritage of polyphonic vocals. In this performance the current six members of the group bring their complex, expressive and profoundly moving vocal talents in this beautiful collaboration.

Clair-Obcur is the title of the collaboration that is a melding of the two that, as Tabassian explains, happened when the musicians met recently while at a residency in Corsica. The musicians are now travelling together across Canada performing the intimate concerts.

Here’s a video that gives you a taste…

To round off the night, we arrived an hour earlier at the Aga Khan Museum which gave us time to explore the current exhibitions. Hidden Secrets: Books along the Silk Roads explores the history of one of the world’s most important trade routes. It wasn’t only about the stories but what was used to tell them. Scrolls, prayer sheets, journals even traditional garments were artifacts on display, but we also learn about the artisan who had the skills to record the tales in various ways. 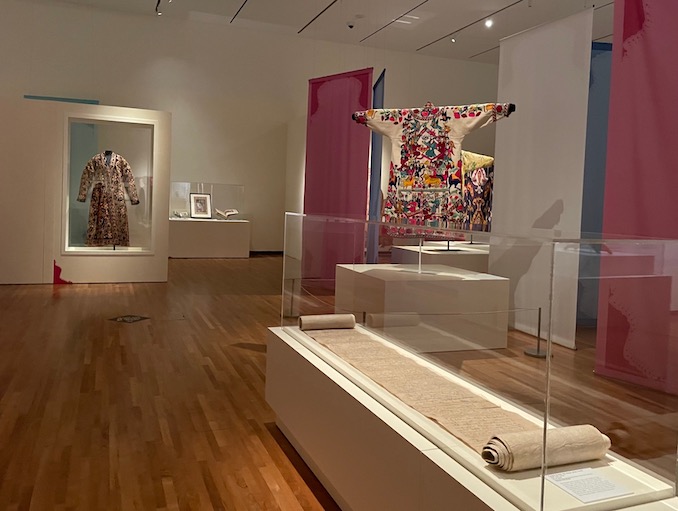 For contemporary art lovers, the Rust Garden interactive installation by Toronto-based artists Matt Donovan and Hallie Siegel is a must-see (and touch). The 5 ft x 7 ft framed box is filled with the 707, 349 letters and punctuation marks (made of decaying low carbon steel) found in  Hugh Maclennan’s classic 1945 novel Two Solitudes about a young man who struggles with his mixed cultural Canadian identity.  The story, although from the past may give a sense of being rustic and old but the letters in this installation invite visitors to explore and shape the stories of the future. The installation asks us to respect and honour each other’s differences and celebrate what brings us together. This is only here until February 2, 2022. 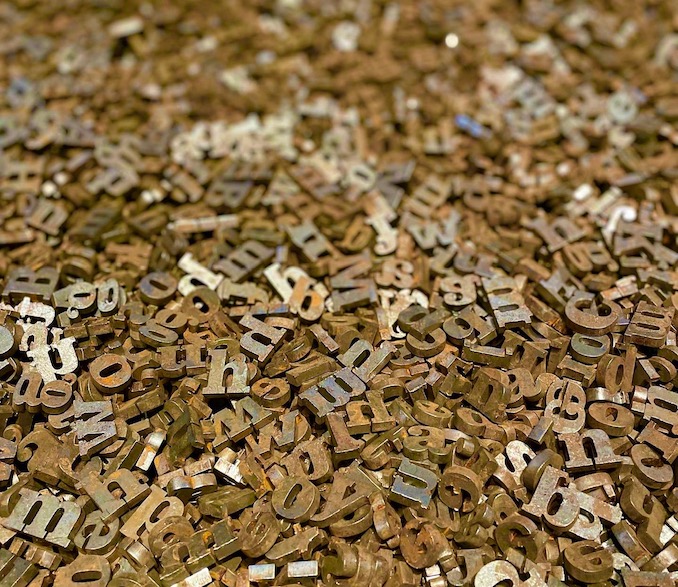 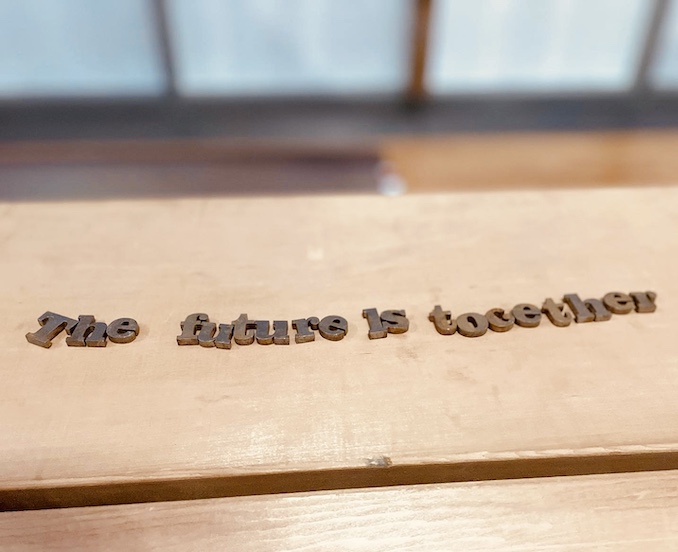 In the gallery space as well as in the public park in front of the Aga Khan Museum currently features the work by Iranian-born Canadian Ghazaleh Azarzaman, who’s the first artist-in-residency here. *Terms and Conditions Apply includes 30 blue stained-glass mosaics and were inspired by the numerous measures in place inside the museum to protect the artifacts. Part of the installation takes shape by the various shadows casted on the walls by visitors moving past the exhibition – stopping and moving onwards. Outdoor pool spaces filled with blue mulch made of rubbery playground material that is often used to guard children from serious injuries. Both installations explore invisible power structures that shape how we navigate the world. 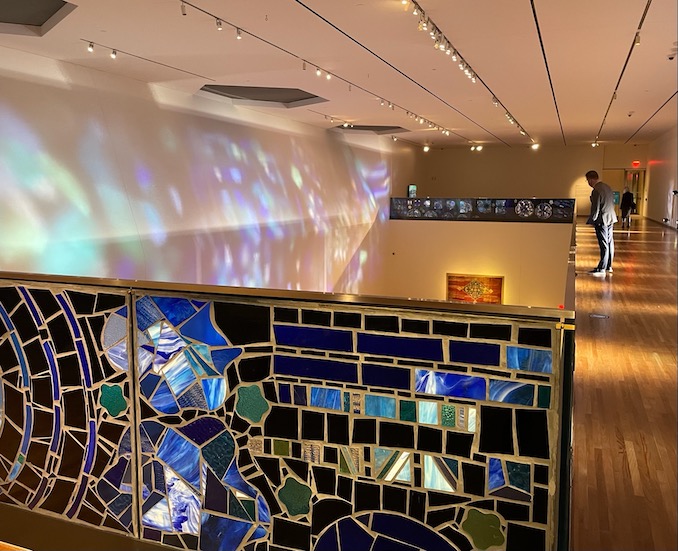 The Aga Khan Museum always has something interesting happening. This weekend (December 18 and 19 offers a free event, Silk Road Solstice – filled with live music, food trucks, warm drinks and a cozy fire to warm your soul. There will be guided tours of the Silk Road Exhibitions and the Ismaili Centre located across the way. Register here.

Also, coming up is the free-to-attend outdoor spectacle, Light Up the Dark, that will take place at the Museum from December 27 to December 30. This year, they’ve teamed up with OCAD University and Humber College to present a multi-media experience  to visitors all inspired by the Museum’s collection. More about the event on the site.

Our city is filled with opportunities to experiences to share with our loved ones. Now that museums have cautiously reopened and have health guidelines in place, we can reconnect with places we love to visit. The Aga Khan Museum is where we can retreat and often without crowds and without hurry. It’s consider it a hidden and peaceful gem in the city and is closer than most of us realize. By the way, the sunsets are stunning here.

Multi-Sensory Experience on now at the Aga Khan Museum

From January 20th until April 22nd, 2018, experience interactive museum-wide soundscapes and audio-visual installations that showcase the relationship between music, […]