Kyle Lucey recently launched The Secret Show! helping keep LIVE comedy thriving during lockdowns. When COVID-19 hit, every comedy club was forced to shut its doors to meet with government protocol. The moment government restrictions allowed outside gatherings; Kyle Lucey then took it upon himself to turn his own backyard into a LIVE comedy venue and this was where “The Secret Show!” was born. Now every week, comedians and audiences alike safely gather in a speakeasy show like no other. 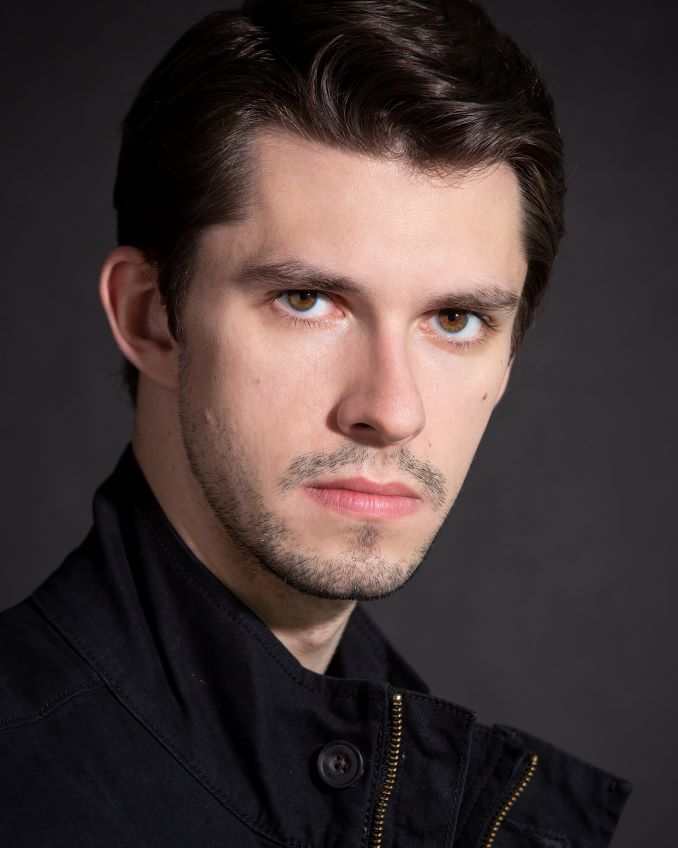 I guess you could say I’m brutally honest and dark but I balance that out with delivering my material in a really goofy and silly way. I find so much humour in truth.

Richard Pryor taught me so much. He took his real pain and brought it into his art form in such a beautiful and selfless way. Dave Chappelle for his truth bombs, Bill Burr for his fearlessness, Dave Attell for his rapid-fire punchlines, Jim Norton for making twisted subject matter hilarious, Sarah Silverman for her charm and smile while delivering darker jokes.

When I was 7 years old. I had a diary called, “My Life as The Next Jim Carrey”. I loved all his movies. My dad lived in a van for a bit and we were poor. My life was very similar to his so his success gave me hope in my lowest moments growing up. Watching his movies gave me the confidence to try stand-up at 12 years old, take it more seriously at 16 and eventually turn pro by signing to Yuk Yuks – Jim Carrey’s former club- at 25. Thanks Jim!!!

Sometimes I suffer from imposter syndrome which makes me afraid to shine. As a performer, there is zero room for doubt before you get on stage to entertain a paying audience. To destroy all doubt in my system before I go on stage, I listen to a song that moves me deeply and write the following phase into my phone, “If you don’t believe in yourself… no one else will. Now go up there and do what you were born to do.”

I’m doing paid weekend spots at Yuk Yuks downtown Toronto now. Those are so much fun. The place has decades of legends that stood on that stage and now I’m one of those guys. It’s perfectly designed for stand-up comedy. The laughs I get there are like lightning and I feed off of it. It’s one of the biggest stages in Canada so the pressure’s on when they call your name up on a weekend show there. Fortunately, I’m at my best under pressure. Some of the biggest names in comedy are in the back of the room watching to see if this young comic is legit or not. The element of doubt brings out sacred energy in of me. A warrior spirit that refuses to be defeated. I only get that when I put myself up against the best. Yuks Toronto definitely.

Podcasts are great but also just doing stand-up comedy. I’m sort of known as Toronto Comedy’s biggest hustler or work-horse if you will. I regularly do 20 shows a week, every week. I hit 5000 shows in 5 years and I’m way past that number now. On New Year’s Eve a few years back, I did a sold-out show at the CAA theatre for 700 people then instead of partying after I immediately ubered to another comedy club to do a set for 8 people. This has exposed me to comedians of all levels. What’s crazy is that the new comedians can be so free and experimental. Nobody knows them yet so they can mess around and find their voice. That is always very exciting to see because you get to witness omebody realize their soul for the very first time which is so powerful.

Yes! I’m currently producing “Renegade Comedy Presents: The Secret Show!” It’s a speakeasy that has been sold out for 11 weeks straight. I  headline it every week. Also, Renegade Comedy will be starting its weekly residency at the legendary Bovine Sex Club in August. Our first show is Thursday, August 26. You won’t want to miss that one.

My Instagram is @kyleluceycomedy. I’m on there the most because I have a small following of around 39k to entertain but I’m also on Twitter @thekylelucey. During the pandemic, I started a YouTube Channel where I write, direct, film, edit and act in original sketches. My YouTube is also “Kyle Lucey Comedy”. Another pandemic project is my video podcast! I produce an episode every week. My podcast is called “The Kyle Lucey Comedy Hour” and it is available on YouTube and all audio platforms.

Ben Bankas has been killing it. Ben and I were some of the most active comedians in Canada throughout the pandemic. We both safely toured with our stand-up (he toured twice) and produced sold-out comedy shows when the entire country was virtually closed. He has a show every Friday at the Annex Social and I’m on it every week. It’s also currently on a major sold-out streak which is super impressive. He has gone viral several times on social media and is at the point where he’s selling tickets – something that is rare in Canadian comedy. I will be hosting Yuk Yuks London all weekend long August 20-21 with Ben Bankas headlining. Going to be a riot.

I was in lockdown for so long when I looked in the mirror, I saw Willem Defoe dressed as Green Goblin.