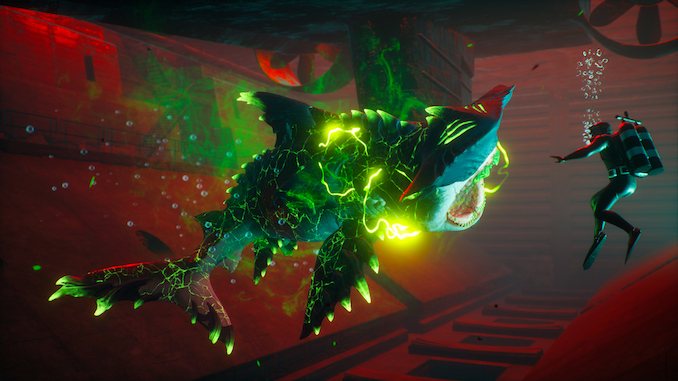 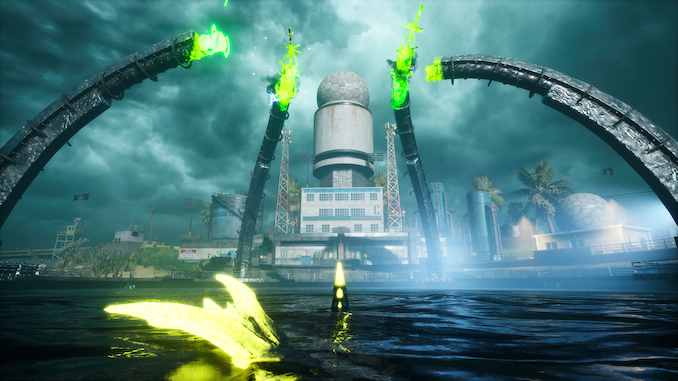 The latest Maneater update, available now for $19.99, is a delightful addition for players to sink their teeth into. Last year’s Maneater was one of my favourite games in recent memory. As I wrote in my review:

Maneater never apologizes for what it is: it’s a shark game, you eat people, it’s awesome. At the same time, Maneater is keenly aware of its own fiction, of the weight of post-Jaws history that bears upon it. When you go toe-to-toe, er, fin-to-fin with another shark, it’s supposed to be ridiculous.

The new “Truth Quest” DLC takes the absurdities of the core game and amps everything up to 11.

There’s aliens in them waters, and Maneater is feeling a bit peckish. 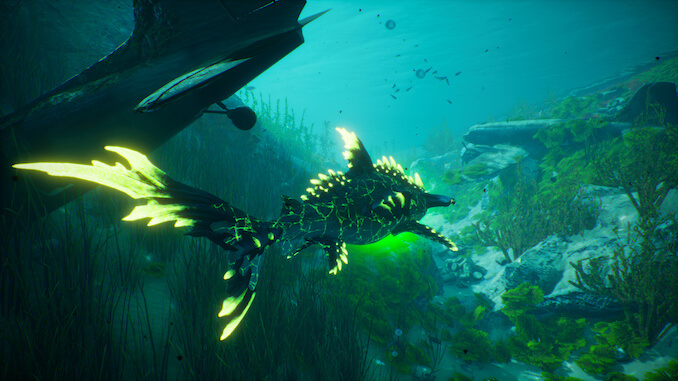 The “Truth Quest” picks up right after the conclusion of the main game. In fact, you require a completed save file in order to unlock it, so it’s clearly intended as a post-game bonus for those of us hungry for more.

This new side-story brings your giant killer shark to a new island, where a mysterious new “Uber” Apex Predator lies in wait. The conceit of Maneater has always been that you’re watching an over-the-top, Shark Week-style documentary, narrated by Chris Parnell of Saturday Night Live fame. Here, Parnell’s documentary narrator has abandoned any semblance of scientific objectivity, instead spewing an endless stream of conspiracy theory BS about alien lizard people and the like. It’s an effective parody of Flat Earther-type nonsense, though, to be honest, the past year has made it a lot harder to laugh at conspiracy theories and the morons who propagate them.

In terms of gameplay additions, there’s new wildlife to hunt/eat, new make-work side activities (time trials, that sort of thing), and tougher human bounty hunters. Your shark, which was a behemoth of an electrically powered beast by Maneater‘s conclusion, here gains even more abilities, including some truly kaiju-like superpowers. Which got me thinking: everyone talks about the MCU, but where’s my Megalodon vs. Kong vs. Godzilla movie?

Anyone interested in picking up the Truth Quest DLC already has a solid idea of what they’re diving into. There’s more stuff to chomp on, a more powerful shark to do it with, and tougher foes to confront. Sure, it’s a tad repetitive, in the same way the core game’s eat, explore, evolve gameplay loop got tiring after a while. But if your dream movie is Jaws except with laser beams, Truth Quest is worth taking the plunge.

Game Builder Garage (Switch) Review: Once More Into the Labo’ratory

Our review of Game Builder Garage, developed by Nintendo. Available Now for Nintendo Switch. WHAT IS IT? A “game creation” […]