Before Conor Gains writes a song he gets out of the way. After all, he knows great songs come through people, rather than from them. A musician with an earnest curiosity in the world, and whose lyrics reveal a salt of the earth honesty, Gains believes in the knowledge-bearing potential of the open road, paired with an astute self-awareness that’s intentional about paying homage to the Black musicians that have influenced his music.

He makes music that evolves freely because it’s been crafted outside of the box —effortlessly synthesizing the unmistakable warmth of Classic Soul and Modern R&B, with the soaring melodies of Psychedelic Southern Rock and Pop, and bound together with the precision of an artist with an ear for Jazz. “Light Shine In” has already surpassed 80k global streams after receiving early support from CBC programs and now picking up pace on U.S. campus radio. Gains explains that the song is “about finding fullness within yourself first. Like a good fire needs air, every relationship needs air to breathe. The line ‘I need space, not destruction’ is about people becoming codependent not knowing how to take space for themselves.” It has been featured along with Three on a number of Canadian and worldwide official playlists across Spotify (New Music Friday), Apple Music (Best New Songs), Amazon Music (#1 song + cover on Fresh Alternative) and YouTube Music (Your New Alternative) following the April 2021 release.

Born and raised in Cambridge Ontario, Gains grew up in a musical household. After taking lessons in violin and piano as a child, he developed an appreciation for the guitar; observing a wide range of artists, from Bob Dylan and George Harrison, to Jimi Hendrix and the Allman Brothers, all of which helped shape his early writing and musicianship. By the age of 13 he was playing ticketed shows, often selling out local venues. He quickly developed a reputation as a prodigious musician and songwriter wise beyond his years. Gains caught the attention of the late, legendary jazz guitarist Les Paul who invited him onstage at New York’s famed Iridium Jazz Club. His early experiences cutting his teeth by playing in cities like Memphis and Nashville gave Gains a reckoning with his own invincibility, and enabled him to tell stories about the soul of a city through the lens of an elusive traveler.

In his early 20s discovering D’Angelo led him to immerse himself in the world of Neo-Soul. He traced its origins in Gospel, Soul and R&B and studied the discographies of Marvin Gaye, Stevie Wonder, and Prince. With thousands of shows and festival appearances around the globe under his belt, from darkened clubs to sunny festival stages including the prestigious Montreal Jazz Fest, the award-winning songwriter (recipient of the Cobalt Prize Contemporary Blues Composition Award, recognizing innovation and creativity in songwriting) has sharpened his performing chops as a dynamic, road ready musician. Gains deftly distills the beautiful, ordinary, and seismic parts of our human experience into bewitching lyrics visualized in the mind’s eye; he makes Springsteen-esque good time Rock ‘n’ Roll that both wrestles with mortality and celebrates life. Informed by a grand optimism with a discernible mission, Gains is direct about what he wants his music to remedy, inspired by a lineage of artists who have long reflected the reality of an increasingly divided world. Now, he is retrofitting the motives of his influences into a much-needed contribution. In a world starved of healing, Gains is delivering us the music medicine. 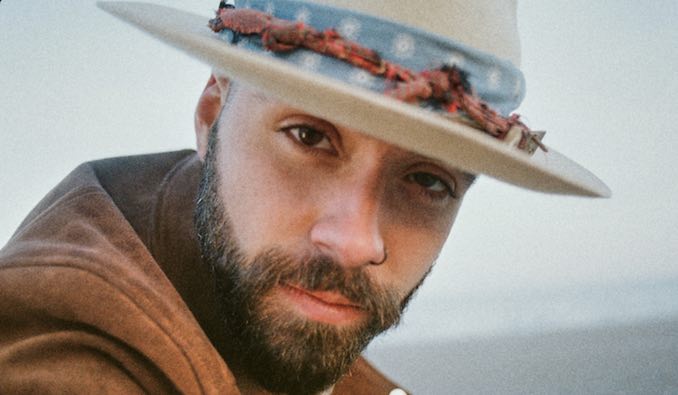 Latest Video: Watch the video for “Light Shine In”

Favourite band now: Impossible to choose only one so I’ll say D’Angelo, The Beatles and Audioslave

I always compulsively wash my hands before touching my guitar. Then I get together with the band and we have a little sports style hype up moment. Or if I’m playing solo I just meditate and get in the zone.

EP or LP? LP. Singles and short EPs are like reading the Coles Notes instead of reading the whole book.

Road or studio? Studio then road, rinse and repeat. But if I had to choose only one… Road.

Any (online) shows or albums coming up?

Working on the next album. Just released Three, but moving onto “Four” now.

Queen or College St? Queen Street all the way.

Trinity Bellwoods, High Park, Riverdale, Kew Gardens, or other? I like Christie Pits. I love to play basketball so that’s my spot.

Frank Moyo is a slow player in a fast world. The Canadian-Italian singer, songwriter and guitarist serenades like a busking […]