Ley Vara is a pop and r&b singer/songwriter that has worked with various artists from Canada and the US. Since she began recording in 2019, Ley Vara released the single “​Bestmistake​” that got over 250 thousand streams with no PR involved. Her other single, “​Bruises​”, was dropped to show her variety in sounds that she is able to cover. Ley Vara started taking singing lessons when she was 5 after her mother claimed that she was able to sing the ABCs better than most children. Twelve years of vocal, piano, and guitar finally paid off in early of 2019 when Ley decided to start recording. Producers at kyngdom studios have helped her mold into the artist she is today, covering a variety of different genres including pop, trap, rnb, dancehall, and whatever else the future holds for her. Recently Ley Vara has released her new single and music video entitled “​Red Flag​.” 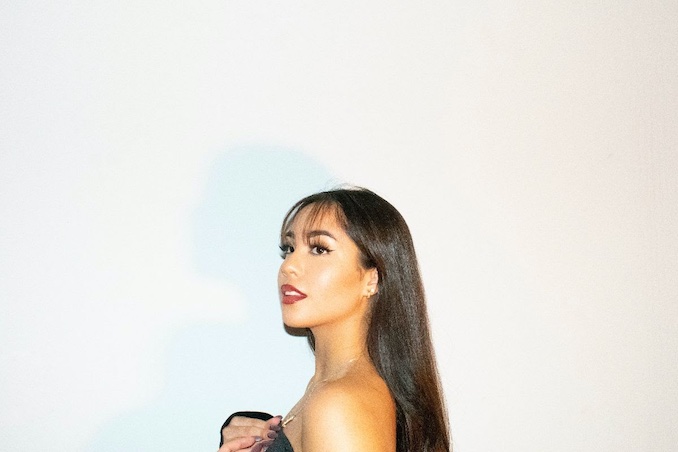 I’ll sing my heart out if I hear We Belong Together- Mariah Carey Live Show Ritual: The Highschool Musical Vocal Warm ups haha

Jay Isaiah go check him out

Night Owl because quarantine messed up my sleep schedule.

Studio for sure, I get carsick.

Highpark, I used to go there a lot as a kid.

@Ley.vara​ on Instagram and Ley Vara on all music platforms.

Chris Caulfield is an emerging artist from just outside Toronto, Canada. Not the typical up-and-comer; Chris’s stories, comprised of highly […]

DEFINITION: Karaoke: ( Japanese kara  “empty” and ōkesutora “orchestra”) is a form of interactive entertainment or video game in which amateur singers sing along with recorded music (a music video) using a microphone and public address system. The music […]

Haviah Mighty didn’t need to change her birth name when she decided to dedicate her career to music. In fact, […]