World News are a psychedelic synth duo from Toronto. They are made up of Tyler Cooksley and William Bembridge.

Latest Video & Single: A Bit More Mellow Back Then

Toronto has so many good restaurants I don’t think I could pick just one… hmmm. I’ll have to go with my local on this one, which would be The Mutt on Dundas West. Definitely check it out!

My teenage years were dominated by a lot of grunge music, but also some of the first electronic stuff that I was getting into. Aside from the likes of Nirvana, Marilyn, Manson, etc., I would have to say Radiohead and The Chemical Brothers would be top of my list.

Always a tough question… there are so many good acts nowadays, but I’ve lately been listening to Marie Davidson and Weval. They’re two amazing acts I’ve had on repeat for the last little bit.

I’m never guilty about anything i listen to but, to slightly change the question, I love anything off of The Fragile album (Nine Inch Nails). It’s so damn good and It just makes me feel great anytime I put it on.

Will and I always try to take a picture of us beforehand for our Instagram, you know, to just keep track of the outfits we’ve worn (women’s blazers are always underrated). Other than that we just sit down, relax and chat over a beer mostly. Relaxation is the key!

Considering I have lived in Toronto for 8 years or so now, I still have yet to eat at Terroni… I know. Fresh is amazing, but some kings crown nachos and a couple beers just hits the spot anytime.

Dundas West is my main spot. We do actually rehearse and write in a bank vault on College though called Safe Sounds. The building was literally an old bank, so it’s got a proper walk in vault with a big heavy door and concrete walls. 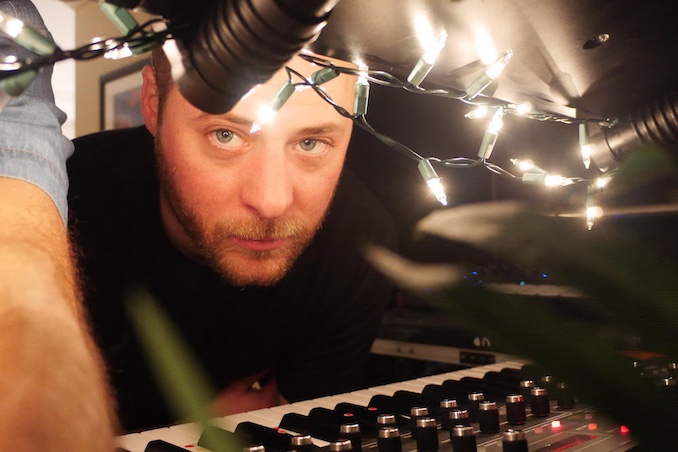 I live close to Bellwoods which is great to play lacrosse or hockey on the rink, but I love biking and always bike to the east end of Toronto where I end up spending some nice down time at Riverdale. It’s such a nice view of the city.

As far as I’m concerned, three to five tracks or even six is an EP. Anything over that just call it an album.

I usually crash around midnight and wake up at 6am… does that count as both?

I love recording and getting to experiment but, playing live is just so much more satisfying for me.

Any shows coming up?

Rendezvous With Madness is one of the most important film festivals in our city. Now its 27th year, the festival […]

Revelling in style at the new Bacchanal French Bistro

Just tucked a block south of Queen West on Sudbury is the home to Bacchanal, the nouveau-french bistro that has […]