Born in Mississauga, Ontario, Ten Kills The Pack, is a project that was shaped and raised in the city of Toronto. It’s poetic focused material is put forth by singer/ songwriter, Sean Sroka; a musician deriving from multiple bands, genres, and touring music projects that have carved through the eastern coast of Canada.

In the midst of an EP release, Ten Kills The Pack’s second song release ‘You Just Want To Feel Whole Again’ brought the project to the photo cover and featured song position of major Official Spotify playlist, ‘Folk & Friends’ featuring other admired acts such as City and Colour, Nathaniel Rateliffe, Hozier and more.

The first release Barcelona, playlisted on Spotify Canada’s ‘Folk Favourites’ has recently passed 250K streams assisting in the projects sold out show in Toronto that launched the EP. 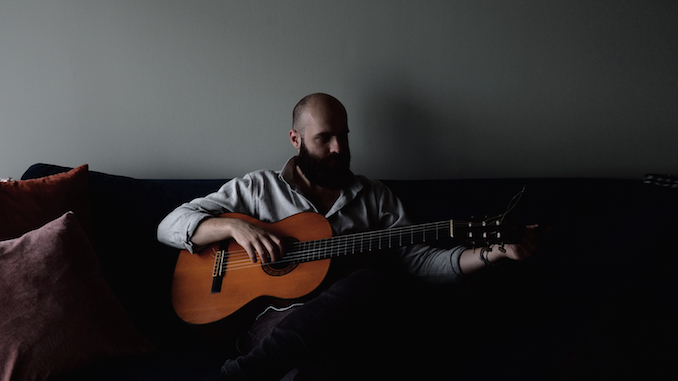 A short thought on Ten Kills The Pack by Sean’s most biased friend, Dave

“…One thing I learned the more time I spent with Sroka outside of the rehearsal room, was the way his songs grew organically. When you walk with Sroka outside on a busy street, he might point out things he finds interesting, like a funny sign or something weird that a stranger says in passing. You’ll have a conversation about it and then forget about it a short while after. It’s not until a couple days later when he pulls you aside to show you a new song he’s been working on, and it’s about that moment you shared the other day, do you realize he’s been thinking about that the whole time.

He lives in those moments, those real conversations about adolescent fears, growing up and faltering relationships. Ten Kills the Pack is for every late night bar dweller, every person unsure about their “path” and for every introspective human being overanalyzing their life choices. It’s what myself and others have always connected with his music so easily. Drawing from his all-time influences such as Stan Rogers, early Kings of Leon, Dylan, or Laura Marling, Sroka is a modern day poet, commenting on what it means to be a complex human in the modern age.”

Latest Release: When I Say You Are Killing Me

Latest Single: When I Say You Are Killing Me

Thousand Miles- Vanessa Carlton (I almost don’t even feel guilty about it. I love it.)

Sneaky Dees nachos, pasta from Terroni or a superfood salad from Fresh?:

College. More unexpected places mixed in with traditional restos that have been there since the start. I live off of Queen, near the worst intersection in southern Ontario- queen and dufferin – so maybe that’s why.

EP or LP? LP preferably. But I think ears are starting to find the EP more appealing which I think helps me as an artist on shoelace budget.

Studio unless on the road in the East Coast (preferably newfoundland).

I have a guilty pleasure of Swiss Chalet.

There’s going to be an EP release show Beginning of May, but in the meantime, I have some music videos around the corner, another song out March 1st, and some pop up sets.

Anastasia Minster is a singer and composer based in Toronto, Canada. She creates melancholy soulful music in the genre of […]