Feeling like you need more space as we continue to work from home? Or thinking about cashing it all in and opening your own quaint motel? Hey, why not? Many small Ontario towns are converting rustic spots into mini escapes for us city folks. Our minds are churning! We’re not going to Schitt on anyone’s dreams because now might just be the perfect time to make them come true. 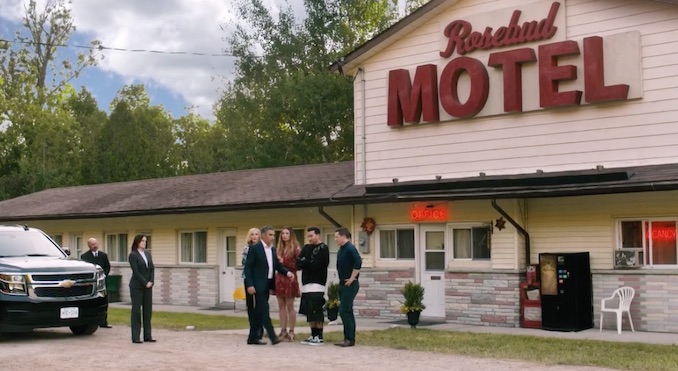 We’ve just learned that CBC’s Schitt’s Creek Rosebud Motel (aka the Hockley Motel) is listed to sell for a cool $2M  (and, if you think that’s a lot, just check out what that gets you in Toronto).

So, what does this epic 6.7 acre listing include? The property that’s only 1.5 hours outside of Toronto features:

Colliers Hotels, the exclusive agent of this motel, also notes that this property wasn’t just made famous by one of our favourite Emmy Award-winning television families, but it was also the ideal setting for other productions.

Anyone want to quit their day jobs and open up a kitschy motel with us?

Highest and Best Offers are due no later than Monday, December 14, 2020, by 3:00 PM Eastern Standard Time to Colliers Hotels.

Here is the listing.

About Sonya Davidson 714 Articles
Born and raised in Toronto, this city girl covers the latest in arts, culture, food, and style. She also shares interesting stories about Toronto's people, places, and things. Follow @theculturepearl on Instagram and Twitter.
Twitter

When I met actor Varun Saranga at Bombay Street Food for our chat over chaat (sorry, I just had to […]