Roger Bainbridge is a part of the Sketch Troupe Tony Ho that releases Season 2 of their CBC comedy podcast on October 15th. We spoke to him this week to learn more! 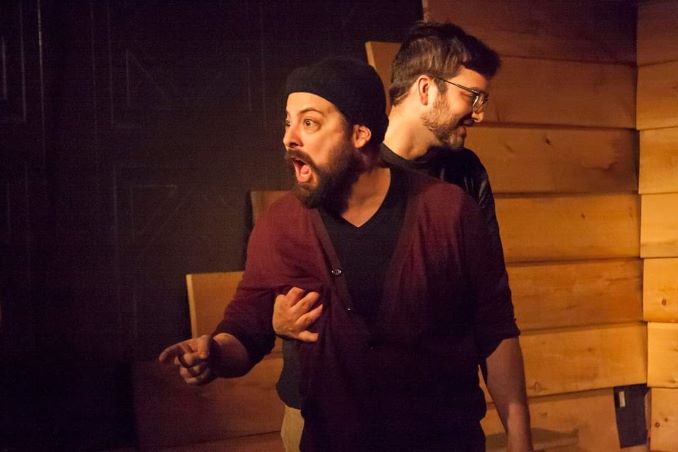 I think it’s comedy about emotions more so than satire or character focused stuff. What I find most funny are people’s unguarded responses to awkward or tense situations, so I focus on how to find strange but grounded premises and then try to play them out how I and the others in the group feel a real person might respond. That being said, it’s usually pretty dark. I’m always curious about how people can be horrible to each other without meaning to, so the people in our sketches are not usually at their best.

I grew up in Ottawa when Tom Green was still doing his public access show, so he was the funniest, coolest thing in the world to a barely pubescent me. Then there’s the standard sketch influences growing up. I can remember clearly the first time seeing SNL, Monty Python, Kids in the Hall, SCTV, Mr. Show. But discovering Chris Morris’s work, Blue Jam and Jam, especially, was a big “Oh, wow” moment. Currently, Conner O’Malley, Maya Erskine and Anna Konkle (of Pen15), and Andy Daly are obsessions.

Tom Green, no doubt. And I’m sure it made me just a JOY to be around when I was 12. The first few David Cross albums were huge for me, as well.

In the standup realm, I still don’t think Maria Bamford gets her full due. Her album Ask Me About My New God! is one of the best comedy albums ever made. I love the group of comedians that work together that is Joe Pera, Jo Firestone, Conner O’Malley, and Dan Licata. Such different voices, but they come together to make great stuff. Tom Scharpling and The Best Show is an all-time piece of culture for me.

Can I say drinking? Is everyone okay if I say that? Are you gonna get weird? Okay, forget I said that. Pushups. What I do is pushups.

I’ve been lucky enough to perform all over with Tony Ho, but the stage that felt the most like home for a while was The Second City. I was just there so much that it felt like a home away from home. I would always stay after the show to do pushups with the staff. You could come in early and nap on the couch. I will miss it when it becomes condos! Honorable mention: Comedy Bar. Every Toronto comedian’s favorite place.

I listen to a lot of podcasts and a lot of standup albums on Spotify. Like, far too many. I don’t even do standup. But I’m someone who still just loves going out to Comedy Bar or Bad Dog most nights and just what people are doing, seeing who I might not have seen before, what the next generation of comedians is shaping up to be. It’s great, there’s so much talent here.

My comedy group Tony Ho is releasing the second season of its sketch comedy podcast called Tony Ho: So Much Happy Better. It’s very funny, and strange, and sad, and pretty. I’m very proud of it. It also features guest appearances by people like Kayla Lorette, Brandon Hackett, Hannan Younis, and Robin Hatch.

This list will be too long and you’re going to make people upset with me. Tom Henry, Jackie Pirico, Brandon Ash-Mohammed, DJ Mausner, Ben Stager, Rodrigo Fernandez-Stoll… There’s too many, this is stressing me out.

Kawhi left the Raptors and got eliminated in the second round of the playoffs. Lol.