Our review of Beyond Blue, developed by E-Line Media. Available now for PS4 (reviewed), Xbox One, PC, and Apple Arcade. 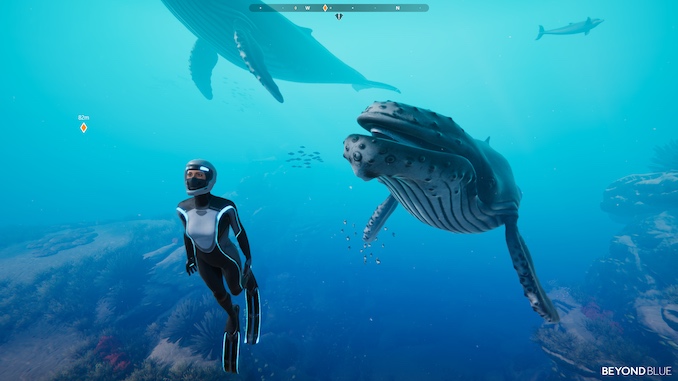 A diving simulator with an educational bent.

It’s a decent substitute for the real thing, though it’s notably lacking in narration by esteemed British nonagenarians.

Divers, documentary lovers, anyone who might be stressed out right now. So, I guess everyone? 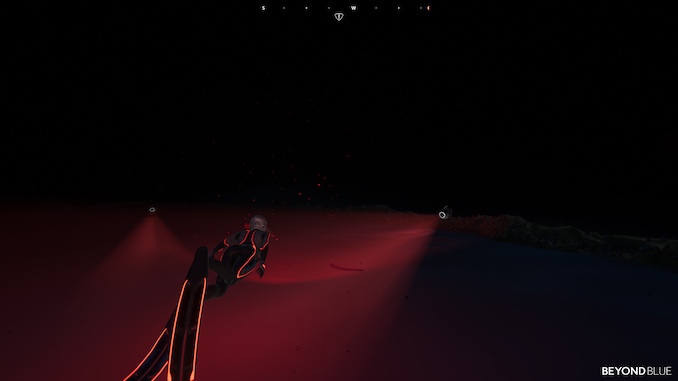 Blue Planet made a video game. That’s all you really need to know about Beyond Blue. The team of scientists and documentarians behind Sir David Attenborough’s beloved documentary series has partnered up with edutainment studio E-Line for a short, smooth game about exploring the world’s oceans.

Is it simplistic? Sure. Have we (by which I mean this reviewer) been spoiled by real world diving? Sure, that too. But as a substitute for the real thing – especially now, when we are all socially distanced from the best dive spots – it’s a largely enjoyable experience.

In Beyond Blue, you dive. You meet marine life. You “scan” things – animals, environmental elements, pollutants – to progress the story and unlock background scientific information.

All told, it takes a half-dozen hours to finish the game’s Story Mode, and you might go back for a dip or two in the unlockable Free-Roam. There are also some short documentary clips to unlock; none run longer than two minutes and all are interesting, like micro-episodes of the Attenborough series. Sir David is, sadly, not present himself, but we can always hope for a sequel. 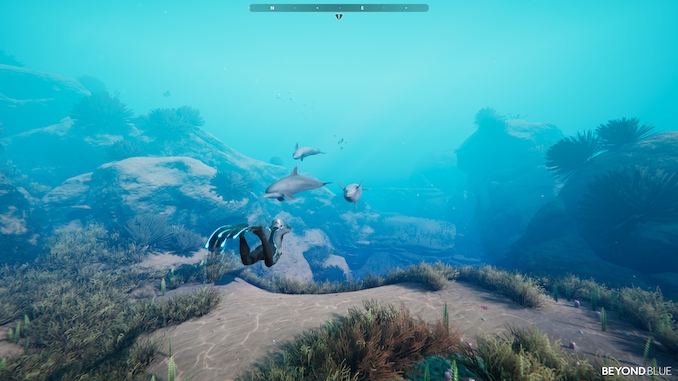 I’ve only been diving for a few years, and only a handful of times. But what I love so much about diving is that it’s the only activity in the world that immerses you fully in a wild environment. There’s nothing like befriending a seal, floating (carefully) through a school of jellyfish, or chasing a crocodile through a Mexican lagoon. It’s remarkably easy to swim with sharks or whales; you think a lion or elephant would ever let you get so close?

Nothing – not safaris, not backcountry camping – lets you get so close to the wild.

I also love the sense of wonder that comes with diving. Even though 99% of amateur dives are in well-mapped areas with seasoned guides, there’s almost always something new to discover. Maybe you’ll make a new friend (I really did meet a seal), come across an unusual confluence of wildlife, or be so lucky as to spot a camouflaged cephalopod (I’m still waiting). Even on those dives where nothing happens, there’s still excitement to be found in wondering what might be lurking in the depths. 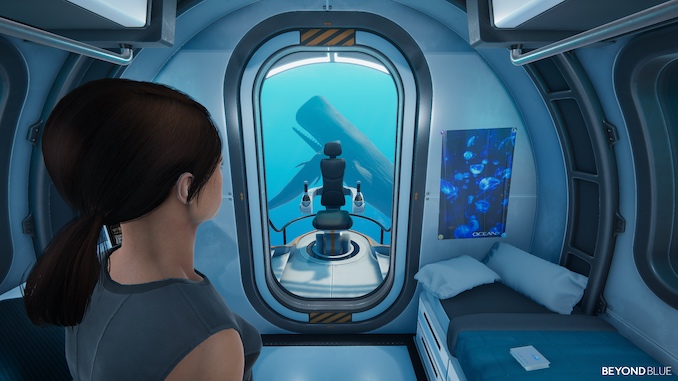 That’s why it pains me to report that, at times, Beyond Blue struggles to recreate that feeling.

To begin with, Story Mode is effectively unplayable if you don’t turn off the music, voiceover, and subtitles. Doing so rids you of a dreadful and extraneous meta-narrative – and irritating voice-acting – that would otherwise ruin the sense of immersion. In fact, be sure to jack up the “ambient sound” setting as well. The attention to detail – the whale songs, dolphin clicks, the background “hum” of the ocean – is impressive, and gets drowned out if you leave the voices active.

That said, even without voiceover, Story Mode still has a tendency of pointing you exactly where you need to go, and telling you exactly what you’ll find when you get there. It’s too much hand-, er, fin-holding, and can undermine the sense of adventure that’s so integral to diving.

That’s not always so, of course. With the voiceover and subtitles off, you’ll still stumble across things that your chatterbox support crew might have otherwise spoiled. Attenborough license in hand, the game features a handful of moments of true wonder, the best of which are more or less direct recreations of iconic scenes from the BBC series. To say more would risk major spoilers. 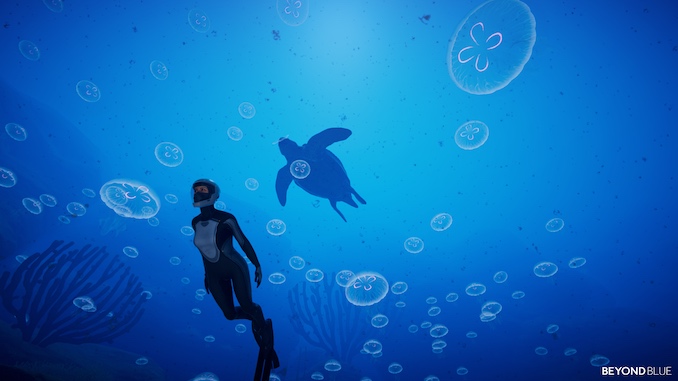 As mentioned, there’s also a free-roaming mode that unlocks after you finish the story. I have mixed feelings about this mode.

On the one hand, by excising the story elements, Free-Roam does a much better job of recreating the thrill of exploration and of discovery. On the other hand, it can sometimes be a little too realistic: you may well load up a dive and find yourself disoriented and with no wildlife in sight. There were times when I simply quit and reloaded a different dive because it was quicker than wandering around aimlessly.

Honestly, though, it’s hard to complain about a game that lets you frolic with ocean sunfish and dance with humpback whales. It’s also reasonably scientifically accurate, if “gamey”, and contains an admirable degree of environmental messaging. Minor spoiler warning: this game will make you confront the depressing consequences of the Anthropocene. 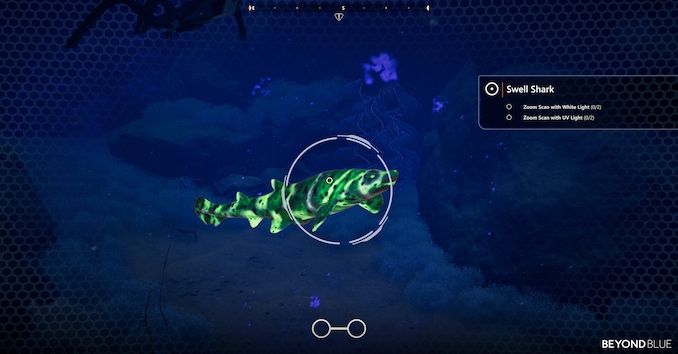 A number of years ago, I fell in love with a beautiful little indie game called Never Alone (Kisima Ingitchuna). Developed in partnership with the Iñupiaq people of northern Alaska, Never Alone retells a traditional Indigenous story through the medium of puzzle-adventure gaming.

Never Alone was produced by E-Line, the same company behind Beyond Blue. It makes sense: both titles de-emphasize typical video game tropes – you can’t die in Beyond Blue, for example – while being educational in a non-intrusive way. Both games are also very respectful to their source material, whether an Indigenous cultural tradition or a global scientific community.

Most of all, both games are a joy to play.

I don’t know if edutainers make sequels, but if there can be two Blue Planets and like eight Planet Earths, I’m holding my breath for Beyond Blue II.

Visit the official page for Beyond Blue here.

Race the season that should have been in Codemasters’ F1 2020

This Formula 1 season will be like no other. Due to COVID-19, sports around the world had to be put […]