Our review of Carrion, developed by Phobia Studio. Released on July 23, 2020 for PC (reviewed), Xbox One, and Nintendo Switch. 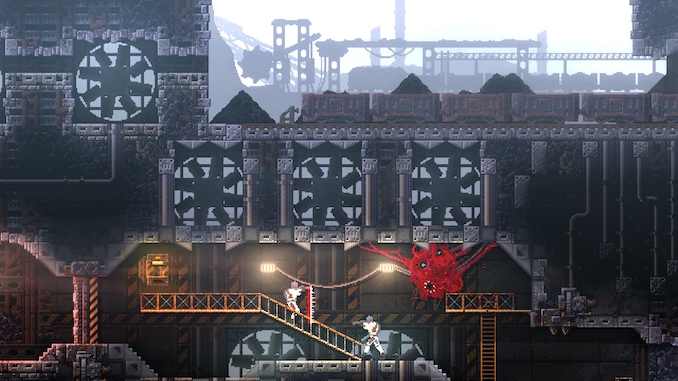 You’re the alien, you’ve escaped from the lab, and you’re hungry.

While it takes some time to get going, once your alien evolves – gaining horrifying new abilities – the game becomes a lot more fun. 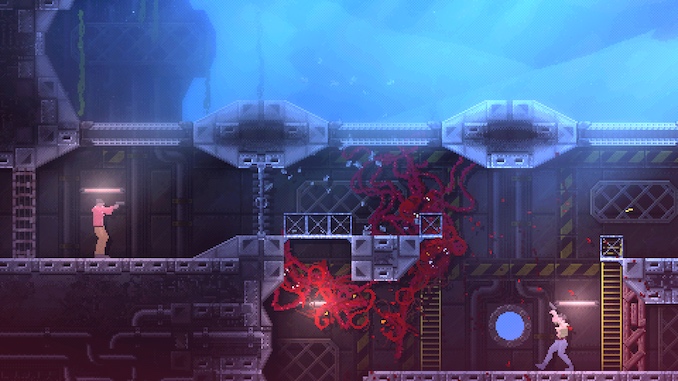 We are naught but meat.

That’s the main theme of Carrion, a 16-bit reverse horror game that puts you in the shoes, or rather tentacles, of a Lovecraftian alien as it terrorizes the scientists and military-types that have imprisoned it. Much like the recent Maneater (our review here), Carrion flips the horror script by having you play as the lone monstrous antagonist, rather than the humans trying to survive.

Carrion, as the title suggests, is gruesome. You play as a many-tentacled, oozing monstrosity whose primary purpose is to tear humans in half, chomp down on skulls, and generally wreak bloody havoc. Don’t let the 16-bit aesthetic fool you; this game is not even remotely child-friendly. 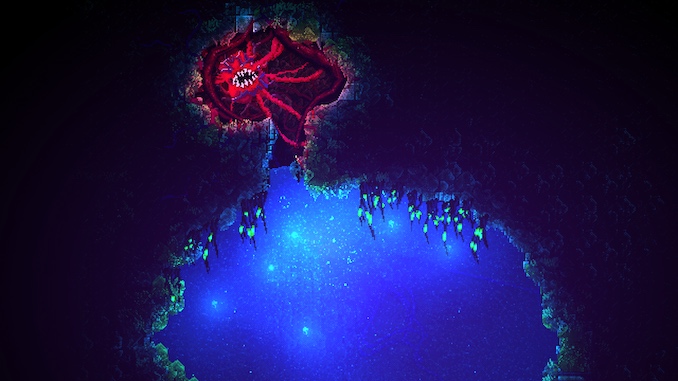 Visually, the alien in Carrion looks like a disturbing cross between Marvel’s Shuma-Gorath, the Stranger Thing, that creature that exploded Ryan Reynolds’s head in Life (spoilers for movie nobody saw, I guess), James Gunn’s Slither, and The Thing.

Thematically, it most closely resembles the aforementioned Thing From Another World, arguably cinema’s most famous alien to stalk a remote military research outpost. We can also assume the Carrion alien has been taking etiquette lessons from H.R. Giger’s xenomorph – it shares with that most famous of ALIENs a proclivity for lurking in vents and exploding people from the inside out.

And while it bills itself as reverse horror, Carrion is also a reverse Metroid. As in that similarly ALIEN-inspired series, the game is mostly spent seeking out new abilities – across themed areas like botanical gardens and weapons depots – in order to unlock more areas, granting more abilities, and so on. The difference being, you “clear” each area by infecting its walls with a pulsing, labyrinthine biomass. 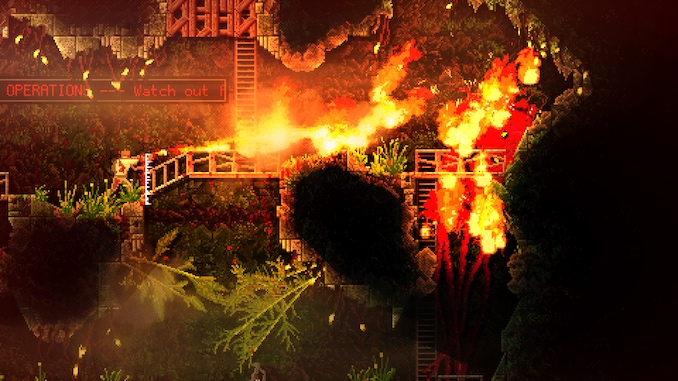 The Carrion alien is less powerful than I expected it to be. Indeed, for much of the game, it’s quite easy to die if you let yourself get too exposed. Soldiers carry flamethrowers (another solid ALIEN reference) and machine guns, and there are robotic foes that are immune to a lot of your powers. For example, the autonomous drones can see through your Predator-like optic camouflage.

I admit: I came into Carrion expecting to be an overpowered monster; instead, I’m at best a decently powered blob that dies a lot and must keep restarting checkpoints.

In keeping with a certain comparison: the creature here is more like the wimpy cannon-fodder xenomorphs of the second ALIENS movie, than the unstoppable killing machine from the first (and far superior) ALIEN. That sometimes works to the game’s detriment. 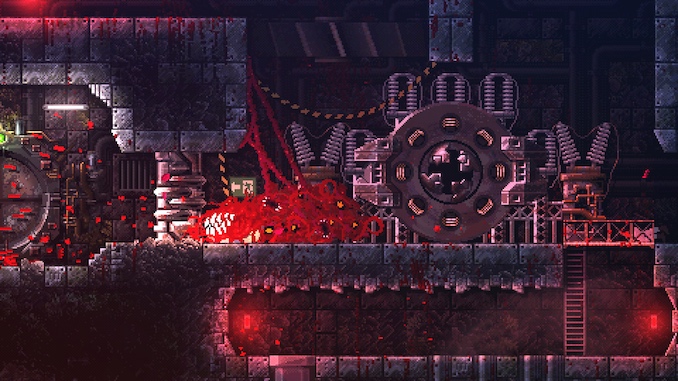 That said, Carrion eventually levels up your creature into something closer to Giger’s perfect organism, at which point the game becomes vastly more enjoyable. In particular, the late-game ability to parasitically infect humans, forcing them to, say, unlock a door or stab a fellow soldier in the back, is a game-changer. It really emphasizes the type of game Carrion wants to be, which is a horror-infused puzzler requiring careful deployment of unique, if gruesome, abilities. Plus, the parasitism ability is just so gleefully disgusting that it calls to mind the best of the horror films that inspired it.

Carrion also sounds fantastic. The soundtrack, an 80’s-style mélange of brassy orchestra and pulsing synth tunes, is creepy and, in the right moments, epic. Plus, the overall soundscape of the game – the squelches, the crunching of bones, and especially the pitter-patter of the alien’s dozens of slippery tentacles – is wonderfully grotesque. For a 16-bit throwback, the attention to audio production is impressive.

In Carrion, everyone can hear you scream.