Three years ago, at the age of seventeen, Sam Demma’s lifelong dream to play professional soccer was shattered after two knee surgeries robbed him of a scholarship and took him off the field.

But, thanks to his grade twelve world issues teacher, Michael Loudfoot, Sam was able to bounce back and use a lesson taught by his teacher to reinvent himself. 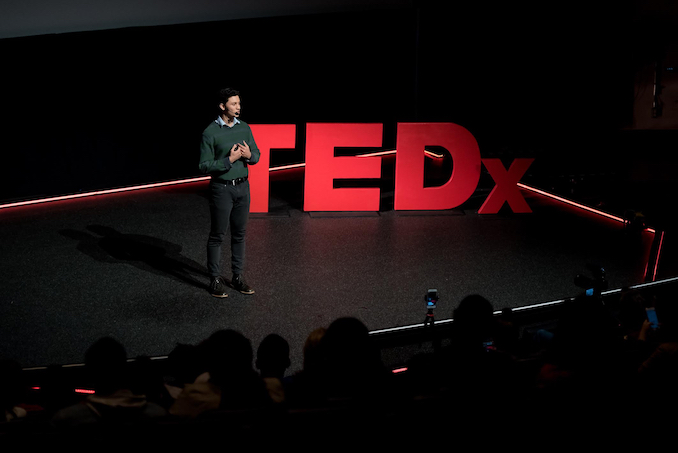 Loudfoot taught the class that “small consistent actions could lead to a massive change”, and he encouraged the students to embody lives filled with service.

As a student it was the first time Sam felt that he was capable of making an impact. “Small Consistent Actions” sounded tangible when compared to the conventional thinking that says in order to make an impact you need to do something huge.

Inspiring and motivated Sam took his teachers theory and with the help of a friend started a volunteer movement called PickWaste where the two of them -with the help of local volunteers – would meet up to clean up litter for one hour once a week.

In the span of two years their organization filled over 1200 bags of trash and litter, picked up over 21 000 cigarette butts and organized a total of 120 cleanups in Demma’s hometown, Pickering. The initiative was featured all over national news and Sam was later invited to deliver a TEDx talk titled “small consistent actions.” The talk was recently shared on the official TED website and you can watch it here.

But, after two years of spearheading the project Demma realized that PickWaste was only a portion of a much bigger vision.

PickWaste is a great example of how small consistent actions played out in his life, but he believes that what is even more important is how the theory could play out in the lives of millions of students around the world.

Today at the age of twenty Sam travels across the country speaking to middle and high school students about how they can use their gifts and talents to make a difference in the lives of other people. He has worked with over a dozen school boards and hopes to continue impacting students around Canada while he is still young.

He uses his 60-minute program to illustrate that:

-Students should never attach their self-worth to things outside of themselves.
-Everyone can make an impact if they’re willing to commit to small consistent actions.
-Resiliency and persistence are essential because change happens over an extended period of time.
-In life you often discover your passion by doing things that are outside of your comfort zone.

You can watch a preview of Sam’s message here.

For more information, you can visit his website at www.samdemma.com.

PickWaste aims to get more people cleaning our communities