Our review of Splatoon 3, developed by Nintendo. Available now for Nintendo Switch. 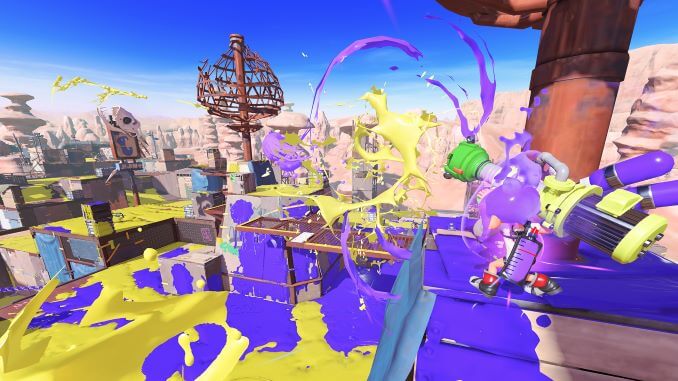 The third in the amusingly nonviolent “paint combat” game.

It’s a fun little diversion with a bright, funky aesthetic.

Those looking for a more good-natured gaming experience. 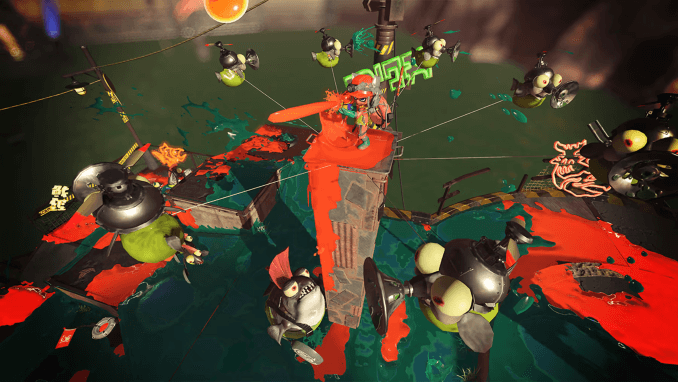 More recently, Nogami gave us Splatoon, released in 2015 on the Wii U (remember the Wii U?), making waves with its bright neon aesthetic and addictive paint-based gameplay. In Splatoon, players are equipped with colour-coded “ink guns” with which they can paint levels – and opponents – in frantic battles that inevitably wind up looking like Jackson Pollock paintings. “Friendly” ink – paint in your team’s colour and fired by yourself or by teammates – can be swum through or used to quickly scale walls and objects. Enemy ink – that is, ink of the opposing team’s colour – deals damage and slows you down, whether you’re being directly fired upon or if you accidentally step into it.

Splatoon has evolved in small, but meaningful ways in the intervening years, and with the recent release of Splatoon 3 for Nintendo Switch, we’ve seen our best version of the game yet, resting comfortably alongside the likes of Fortnite and Fall Guys in the Twitch and TikTok feeds of Gen Z’ers everywhere. 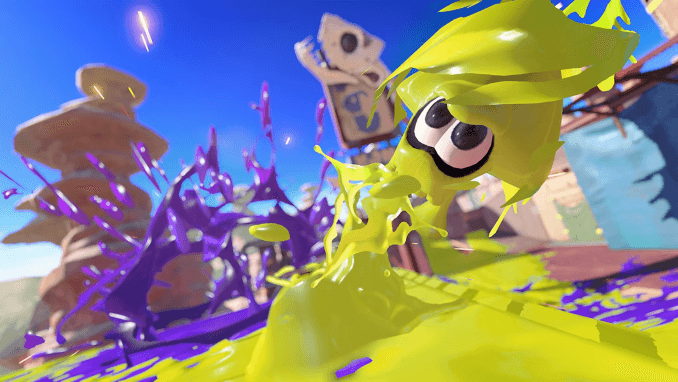 Splatoon 3 does everything you’d want a next-gen sequel to do. It looks great, with the brightly coloured visuals from the original getting a welcome HD makeover on modern TVs. It plays well, though we did find some of the aim/movement system a bit tricky at times. Splatoon 3 also introduces optional motion controls, but from our experience they’re a bit too confusing, and will likely be inaccessible for the younger audiences Nintendo clearly had in mind while designing this game.

Key to Splatoon is understanding how to manoeuvre your character across same-colour objects. Spray a wall in ink, and you can transform into a cute little squidling then scale up the wall at rapid speed. Spray the ground, and you can dive into the coloured splotch and hide there out of enemy sight. Various new abilities, like the “squid roll” and “squid surge”, make traversing the environment more interesting, though admittedly this is the most complicated Splatoon yet. 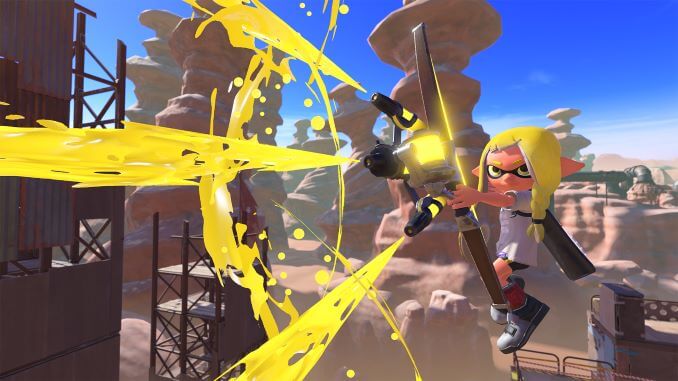 Splatoon 3 also has a robust single-player mode, telling a full story set in new location “Alterna”, a post-apocalyptic (yes, really) underground cavern with massive hub areas to explore. Randomly, Splatoon 3 appears to be set in the wake of a climate apocalypse, which is a surprisingly bleak (and therefore hilarious) backstory for a game like this. Really, though, none of it matters while you’re whooshing around and spraying everything with ink. Overall, Splatoon‘s single-player works well, with fun and fair boss fights, a large world to explore, and enough reasons to keep fighting.

Splatoon‘s main – and best – mode remains “Turf War”, in which players compete to cover the most surface area with their team’s paint. It’s a nice twist on the traditional multiplayer formula, focusing on the environment rather than direct confrontation with enemies. Of course, you’ll still need to splat your foes in order to slow them down – and get good at avoiding their attacks – but your main objective in every match is simply to paint as much of the world as possible. Turf War and the other competitive multiplayer modes can make for intense showdowns, not to mention great Twitch- and Instagram-ready content.

Speaking of which, Splatoon being Splatoon, I was also sure to call on the expertise of a local Gen Z’er while reviewing the game. This “Bean”, as I’ll refer to her, was quick to tell me that she found the gameplay fun if occasionally tricky to control, but that she had a blast zipping around the different levels and learning how to navigate Splatoon’s complex but learnable movement techniques. Bean was particularly complimentary of the eye-catching art style, which makes every Splatoon session fun to watch even if you aren’t playing to perfection.

Overall, Splatoon 3 is a solid addition to an admittedly saturated (see what I did there) market of big bright multiplayer combat games, and a worthy inheritor of the torch carried by Super Mario Sunshine, de Blob, and (because I will never resist talking about it), the greatest “paint game” of all time, Ōkami.