Cayley Thomas is a singer, guitarist and songwriter whose natural affinity for constructing catchy melodies reveals her striking vocal range and character. Under a delirious guise of simplicity, she weaves sensitive eccentricities and cathartic declarations into her own brand of unique, knowledgeable pop.

Cayley’s upcoming album ‘How Else Can I Tell You?’ is a collection of songs that reflect upon a period of subconscious overwhelm and the subsequent shift into conscious thought and awareness. Recorded between Cayley’s former hometown of Edmonton and current residence in Toronto, the album deliberately combines Hi-Fi studio production and Lo-Fi living room charm. ‘How Else Can I Tell You?’ is fresh enough for modern indie rock ears to find familiar, with spells of synth and its modern production, all the while drawing on the fuzzy raw warmth of our favourite sounds from mid-century rock and soul. It features Cayley Thomas at the helm and is tied together by producers Nik Kozub (Shout Out Out Out Out, Humans, The Wet Secrets) and Steve Chahley (U.S. Girls, FRIGS, Badge Époque, Darlene Shrugg.) 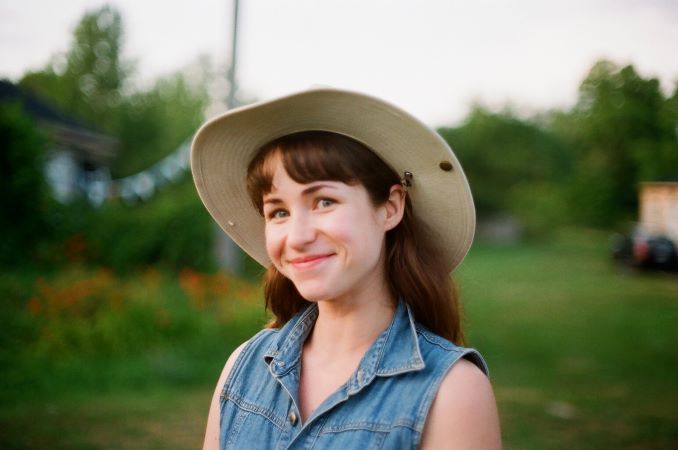 Latest Release: How Else Can I Tell You? Out May 1st

Latest Video: I’m proud of this one!! You should watch it.

Maha’s Egyptian Brunch on the east end or Pomegranate Restaurant on College. (Iranian Fare! So good! And affordable!)

Pretty much anything my brother was into because he was three years older than me and very cool. That said, I remember listening to a lot of Daft Punk, Of Montreal, Spoon, Chad VanGaalen, Wilco, Beirut, Joanna Newsom etc. with my friends.

Ten minute meditation and a shot of tequila.

I think I’d take the salad and then i’d chase it with those nachos as a nightcap!!

I live just off Queen so I feel like it would be a betrayal to say College. That said – Queen is like an old friend with whom I share a lot of history and College is like the cool girl i’d like to get to know.

I am hardly ever on the east end but I grew up in a neighbourhood called Riverdale in Edmonton, AB so I feel hardwired to choose Riverdale. Nostalgia aside – I frequent High Park the most of those listed above. Nice to feel like you’re out of the city for a second.

I mean, I think it’s nice to keep things flowing and release new material while you’re still feeling it, you know? Sitting on unreleased songs for too long can feel a bit like being held hostage. That is a cryptic way of saying that either format is great – granted you’re able to keep it fresh.

Nightowl attempting to convert to early-birdism and floundering.

If flatbread didn’t mess with my guts I would def pick roti. But also – I just googled Swiss Chalet and I didn’t realize it was founded in Toronto!! Between a rock and a hard place with this one. That said, I will always pick the mom-and-pop shop over a big chain.

Well, all the shows I had planned for the foreseeable have been cancelled due to COVID. (Myself and the whole world, of course.) That said, find me online so we can get to know each other virtually until the world resumes!! I’ve got a new record coming out soon so there will be lots of good stuff around then.

Singer/songwriter formerly known as Gifty Singh, had his first break when he auditioned for Drake’s Producer Noah “40” Shebib in […]

Bif Naked is a celebrated and notorious performer in music, TV, film, and dance, and a tireless advocate and Humanitarian. […]