As life under lockdown takes shape for most (though not all) Canadians, jokes about Netflix binges have given way to more pragmatic considerations of how to get social distancing right. (And why it matters.) Still, there’s something to be said for finding non-productive uses for your time, and in the spirit of the moment, we’ve put together the following list of not-quite-apocalypse films. Most are available online – start with the Toronto Public Library’s film-streaming services – but you may also have to wait until post-crisis and the reopening of Bay St. Video, Canada’s last great video store.

Saving lives really does mean Staying Home. Board games and movies will get you partway there, and it will be important to reach out to others as the weeks and months go by. Enjoy these films, Skype with relatives, and above all else: Don’t Panic! 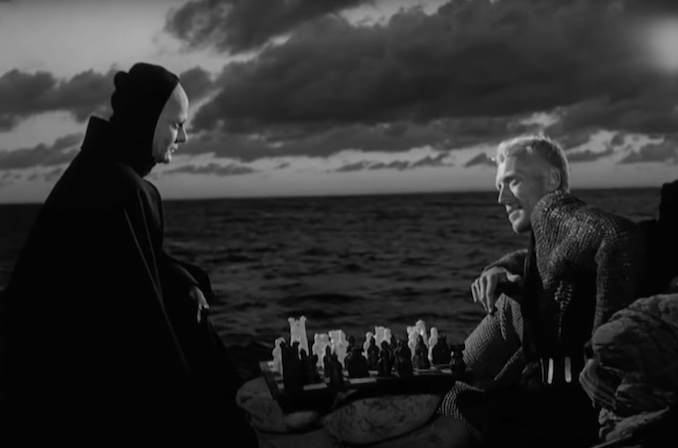 One of the greatest films of all time, starring the greatest actor of all time, Ingmar Bergman’s classic remains as compelling today as it did at its 1957 release. A Medieval knight returns from the violence and horror of the Crusades, only to find that death has followed him home. That’s both the literal personification of Death, with whom he plays cinema’s most famous chess game, as well as the Black Plague now ravaging his native country. A difficult, allegorical work, this masterpiece about life and death, faith and despair, would be unbearable if not for Bergman’s instinct that there’s something good and worthwhile about humanity after all.

1998 saw the serendipitous release of three end-times movies: two were mediocre giant asteroid flicks; the third was a low-budget Toronto-set indie in which a mob attacks a TTC streetcar. Starring a young Sandra Oh in the best performance of her career, Last Night follows the interwoven lives of a dozen Torontonians as they spend their final hours on the day the world is set to end. The question of how it will end is beside the point: what matters for writer-director Don McKellar is what people do with the time they have. Funny and bittersweet, its scenes of apocalyptic Toronto make for ideal viewing in these strange times. In addition to Oh and McKellar, the cast features a who’s-who of local talent, including Callum Keith Rennie, Sarah Polley, Geneviève Bujold, Jackie Burroughs, Arsinée Khanjian, and fine turns from David Cronenberg(!) and the late Tracy Wright as the last two employees of Toronto Hydro.

LORD OF THE RINGS (EXTENDED EDITION)

11+ hours of glorious fantasy, culminating in, “I’m glad to be with you, here at the end of all things.” Need we say more? 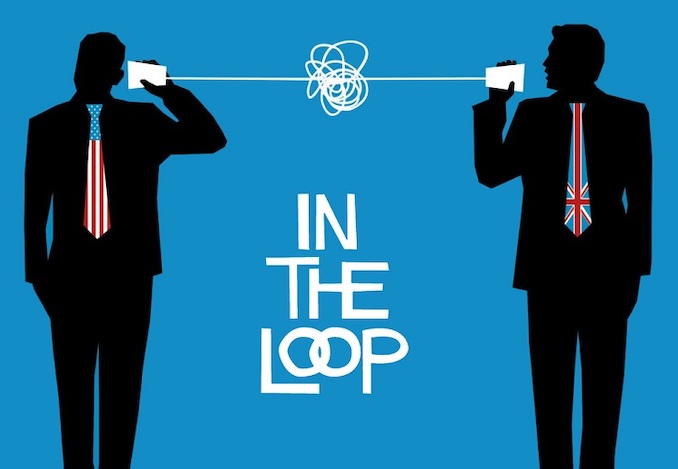 Long before Veep, Armando Iannucci created the hilarious and bitterly satirical TV series The Thick of It. A film spin-off, In the Loop, is easily the best political satire since Dr. Strangelove, depicting, like Kubrick’s film, the behind-the-scenes incompetence and cynicism that defines so much of British and U.S. policy-making. Iannucci’s withering depiction of a political class willing to bring the world to the brink of disaster for the sake of ego is all too familiar. 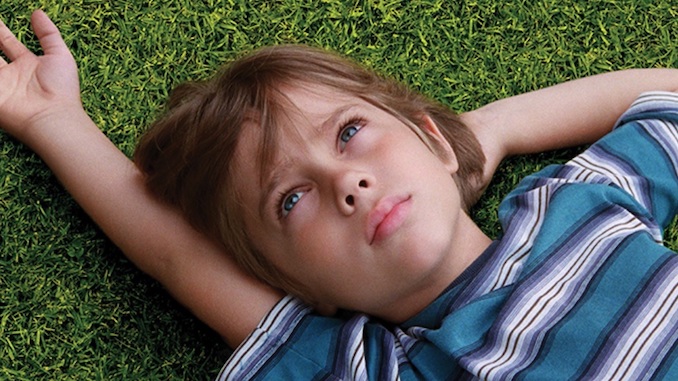 BOYHOOD and 7 UP (SERIES)

If the not-apocalypse has got you feeling wistful, a lifetime spent with others might help put things in perspective. BOYHOOD, filmed between 2001 to 2013, is a fascinating cinematic experiment depicting twelve years in the life of one family, focused on its youngest member, Mason (played by newcomer Ellar Coltrane). For a non-fiction counterpart, 7 UP is a long-running British documentary series that picks up, every seven years, with the same cross-section of children, as they age from 1964 to present day (63 UP was released in 2019). 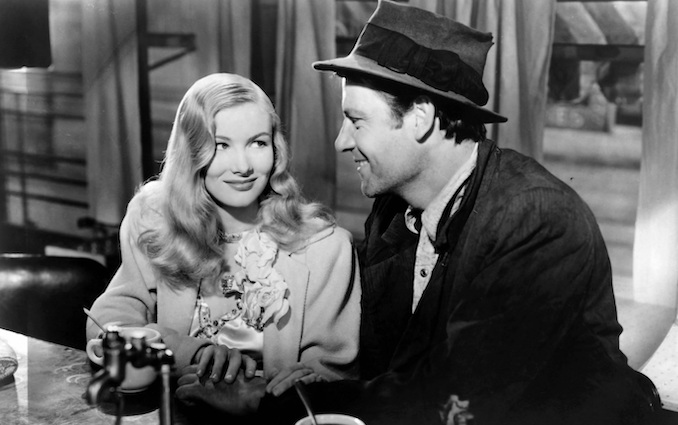 At the height of the Great Depression, a successful comedic filmmaker embarks upon his first serious work, a dramatic portrayal of the poor and the downtrodden. Convinced that the only way to tell their story is to live among them, he disguises himself as a hobo, eating in soup kitchens, riding the rails. But lofty plans are soon overtaken by a series of hilarious twists and turns, in this greatest of screwball comedies. Ultimately, the point of this Preston Surges classic, and the eventual film-within-the-film directed by the title character, is that sometimes all people need is a good laugh. A chance to forget their problems, if only for a little while.

I was just sunbathing and a butterfly landed quite close to me. It had beautiful wings, with deep red colors, and white sort-of circles on them… these creatures don’t last very long. But it landed very close to me, it didn’t seem frightened. It just seemed delighted opening and closing its wings, and just actually being beautiful for that period of time, enjoying the sunshine. Perhaps there isn’t actually any more to life than that, and just being what you are. You must realize that life goes all around, and there are millions of other creatures who must find their parts as well.
– Neil Hughes, “49 Up”

Bianca Rusu is a Romanian-born, Toronto raised, New York educated, actor. She now splits her time between Toronto and Los […]

“A Day in the Life” with Cree actor Samuel Marty