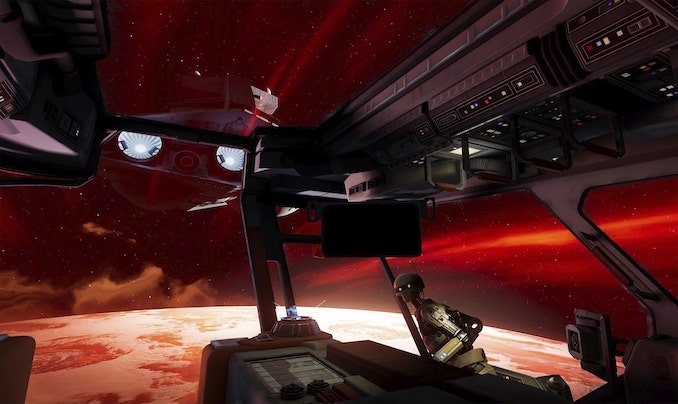 I find your lack of faith disturbing.

Nerds. That said, it’s a decent demo of what VR can do, so non-Star Wars fans will also enjoy themselves. 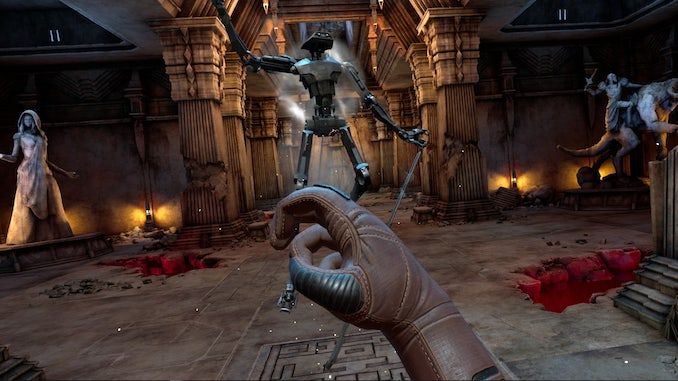 A few months ago, my siblings and I visited Star Wars: The Void VR Experience. It’s the vanguard of location-based virtual reality, combining haptic feedback, real world props, and temperature/wind effects to produce the illusion of exploring a virtual space. In the Star Wars Void, when I picked up my VR blaster rifle, I also picked up a real-world prop gun. When I stood teetering on the edge of a molten lava lake, I felt the wind blowing through my hair, and the heat rising up at my feet. When I fought Darth Vader, James Earl Jones was standing in the room with me. (Okay, maybe not that last one.)

Star Wars: Vader Immortal partly attempts to recreate the Void experience for home VR. It has the same setting – Vader’s Castle on Mustafar, as seen in Rogue One – and relies on some similar gimmicks, such as vertigo-inducing virtual precipices, going toe-to-toe with the Sith Lord himself, and tossing some benignly easy “puzzles” at you along the way.

However, unlike the Stormtrooper-centric Void, Vader Immortal has one incredible bonus to offer: 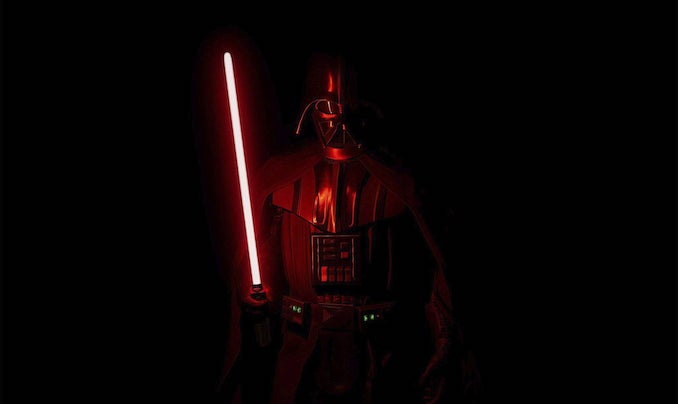 Vader Immortal places you in the shoes of a Force-sensitive, lightsaber-adept smuggler caught up in a very stupid and decidedly non-canon story involving Darth Vader’s quest for a mystical doohickey that can blah blah blah. It’s billed as an “experience”, rather than a “game”, which, if we’re being honest here, is PR speak to get around the fact that the interactive bits are somewhat limited.

That said, what Vader Immortal does, it does pretty well. The lightsaber combat is satisfying, if slower and more deliberate than what you might be expecting (think Alec Guinness rather than Ewan McGregor). You can force choke Stormtroopers and send them flying across the screen. There are a handful of fun mini-games, the best ones involving that floating orb that Luke trained with on the Millennium Falcon. Once you get a handle on the controls, be sure to close your eyes, let go your conscious self, and act on instinct.

Vader Immortal was originally released as a three episode miniseries, each entry about an hour long. Episode I (no, not that one) is the weakest of the bunch, wasting too much time on plot development instead of, y’know, lightsabers. Episode II marks a significant improvement, adding in Force powers and some cool showdowns against formidable opponents. Episode II also makes the best use of VR’s ability to simulate wide open spaces, including an impressive open-air gondola ride through a crystal cavern. Episode III is, sadly, a bit of a rehash of what came before, and the final showdown against you-know-who is too abrupt for my liking. 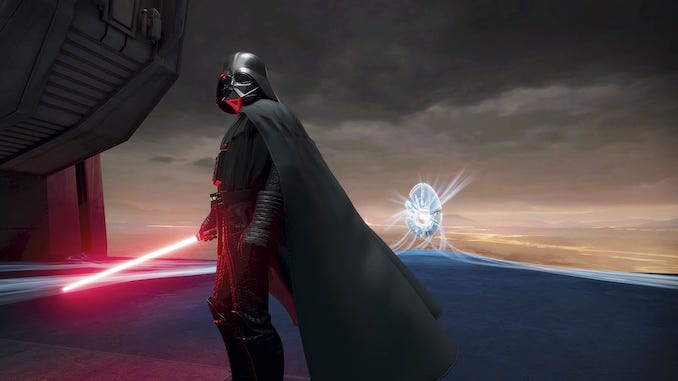 THE TRUTH ABOUT YOUR FATHER

Prior to Vader Immortal, there had been precisely one video game that convincingly simulated the feeling of being a sword swinging, Force wielding badass. That game was Red Steel 2, it had nothing to do with Star Wars, and it was an obscure mid-generation Nintendo Wii title that only worked with the Wii MotionPlus accessory. It was, and remains, one of the main reasons to own a Wii.

Vader Immortal is not Red Steel 2. The combat is slow, even clunky. The Force powers don’t always work the way you want.

But it certainly feels like Star Wars. When you walk around (and I do mean walk, as in, take actual steps with your feet), it really does feel like you’re on the set of a Star Wars movie. When blaster fire whizzes by your head, it sounds like Star Wars.

It’s not quite the droids, er, Star Wars simulator you’re looking for… but it’s close. 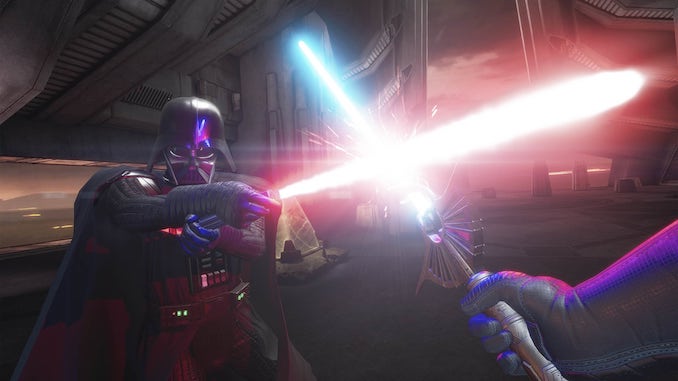 Vader Immortal is a bit of a goofy game. On the one hand, it’s clearly striving for immersion, using an excellent Earl Jones-alike to voice the title character, and doing its best to throw you into some hallmark Star Wars-esque experiences. It also takes itself very seriously, threading in endless backstory about alien mythology, ancient priestesses, and – yes, you guessed it – a powerful energy device with the word “Star” in its name.

On the other hand, the “puzzles” are laughably simple, it’s plagued by some silly voice acting (sorry Maya Rudolph), and the combat is too simplistic to pose a challenge. It’s almost as if the developers decided at the eleventh hour to back off from a too-immersive experience, either by design choice or, more likely, by diktat of their Disney bosses.

That said, Vader Immortal is still a lot of fun, and there are worse ways you could be spending your days in lockdown. Between this and the excellent X-Wing VR simulator on PS4, I have hope for more and better Star Wars games to come.

In the meantime, never underestimate the power of a lightsaber mini-game.

Digifest is an annual conference that brings top influencers in technology, gaming, science, design, business, and education to Toronto to […]