Ask HERDD who he is and he will likely show you the small, scribbled tattoo on his inner right wrist that reads ‘I am HERDD’. Ask him what this means and he’ll explain that it’s through his music that he feels heard, and HERDD has a lot to say. Likened by Billboard to ‘early Gaga with shades of Daft Punk’, HERDD’s sound is unapologetic and proud, brimming with brash beats, grand vocal harmonies and hooky melodies. And the best is still coming. At the back end of 2019 HERDD partnered with the multi-platinum award winning producer Rob Wells (Ariana Grande, Selena Gomez, Justin Bieber) to work on his next collection of singles with new music dropping in 2020.

In prior musical projects, HERDD has played shows to crowds exceeding 1400 people supporting major acts such as Example, Tinchy Stryder and the KaiserChiefs (DJSet), he’s performed at festivals such as Bestival and Blissfields and received national BBC Radio 1 airtime in the UK courtesy of DJ and supporter Rob Da Bank. HERDD has also spoken and performed at TEDx Collingwood 2019. As a ceaselessly creative type, HERDD has also published a book that hit #1 in 6 Amazon charts during launch week, founded a successful mindset coaching business and even took a 17 country world trip in 2018 and vlogged the whole experience. 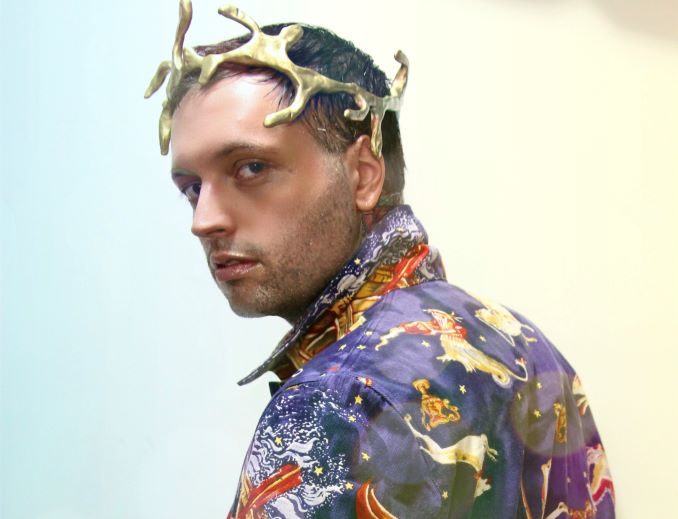 Tough question, there are so many contenders in Toronto. There’s a spot called King’s Cafe in Kensington market that would totally make my top 3 every time though.

I’ve always been super eclectic in my musical tastes. Although as a teenager I did have a big soft spot for pop punk, especially bands like A Day to Remember and Taking Back Sunday.

I wish I could answer that. Honestly, I’m finding new favourite bands every five minutes on Spotify.

In past musical projects my pre-show ritual would have involved a large amount of alcohol and drugs, but now that I’m teetotal it’s a little more tame. A casual rehearsal, a sip of tea and a few stretches.

I am really loving all that AARYS is up to these days.

There’s a lemon pasta that I had in Terroni once that the waitress said would change my life. It did because now I crave lemon pasta on the daily.

Can’t deny I’m more Queen St than College. But both have great reasons to love them.

Night owl. I run my own business on the side as I develop my music career. As I’m not time restricted I find myself creating a lot in the early hours of the morning.

Almost nothing beats being in the studio, apart from performing at festivals. That’s what I love the most.

Roti. I backpacked in India in 2018 and Indian food really reminds me of those good times!

My new single ‘Dies Mei’ was just released on Spotify, you should totally go stream it here.

Lovers Touch is a Toronto based band that puts emphasis on high-energy grooves reminiscent of decades past. Originally from Salt […]

Toronto/Vancouver based Jade The Moon is excited to announce 11:11. The Sophomore offering from the band is available now. On […]