There are songs that stick with us and reminds us of a moment in time. A place. A feeling. I have music playing all day and well into the night and if I was to pick one song will forever be etched in my mind that relates to the whole pandemic, it would probably be Dreams by Fleetwood Mac thanks to social media. It’s caused me to pause and think. This year’s UNCOVERED is doing the same thing. Pause. Think. Reflect.

Following the sold-out run of their innovative and inspiring summer concert series Porchside Songs – which brought leading musical theatre performers to porches and front lawns across Toronto – The Musical Stage Company announce the line-up of performers for the first-ever digital edition of their annual signature concert event, UNCOVERED.

Over the past decade, UNCOVERED has spotlighted iconic songs with imaginative arrangements by music director Reza Jacobs. The event had grown from a one-night-only event to a six-night, multi-venue series attended by thousands. Featuring the same high-quality arrangements, UNCOVERED: NOTES FROM THE HEART will be an up-close and personal audio and visual feast, taking you into the worlds and hearts of some of Canada’s finest artists. Traditionally on stage at the prestigious Koerner Hall, the 2020 edition of UNCOVERED will be presented digitally from November 11 – December 6.

This year’s line-up includes Divine Brown, Bruce Dow, Sara Farb, Hailey Gillis, Raha Javanfar, Stewart Adam McKensy, Andrew Penner, and Jackie Richardson along with Banks Prize winners Dillan Chiblow, Eva Foote, Germaine Konji, and Kale Penny. Orchestrations and arrangements are by the talented Reza Jacobs, with additional arrangements by Jamie Drake and Justin Gray. Each song will be created as a unique cinematic experience for the audience and the concert will be presented on a set performance schedule for a traditional theatre viewing experience.

While The Musical Stage Company had been excitedly planning a concert that featured the musical catalogues of Elvis Presley & Dolly Parton for this year, they have used this unexpected moment of pause to reflect with profound songs of change, hope, reflection and inspiration by artists like Elton John, Bob Marley, Carole King, Bob Dylan, Cat Stevens and many more.

We had the opportunity to chat with one of the incredible performers, Sara Farb, to learn more about this year’s UNCOVERED… 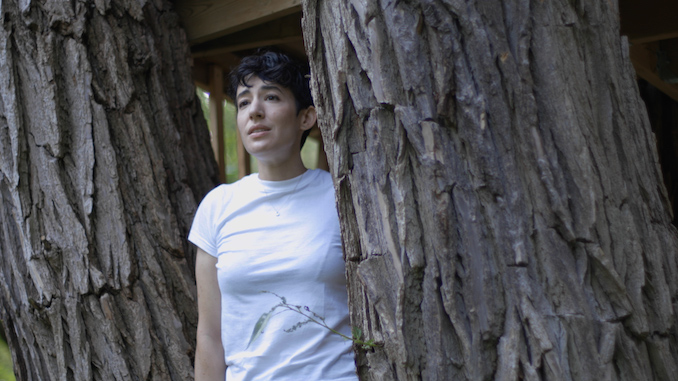 What songs have brought you comfort during this pandemic?

SF: There hasn’t really been a pattern. Sometimes I’ll remember a song from my past and listen to it a bunch, or sometimes an artist will release new music, or I’ll encounter music I’ve never heard, and listen to that. I stay away from things that don’t make me feel nice.

When everything shut down in March, what were you working on?

SF: I was in my closing week of Harry Potter on Broadway. Year Two’s final performance was to be that Sunday, and the Year Three cast was to begin performances the following week. Our last shows ended up being March 11: we never got to formally close and Year Three never got to open.

What happened next for you?

SF: I was scheduled to move home from New York at the end of March in time to begin rehearsals for Kelly v. Kelly, the musical I co-wrote with Britta Johnson and which was being co-produced by Musical Stage and Canadian Stage. But it was becoming more and more unclear what was going to happen between the Canada-US border, so I expedited my move to March 17. It was unbelievably stressful: I had to sell a bunch of stuff, pack up, book a Uhaul, get all my affairs in order, say a rushed goodbye to my partner without knowing when I’d see him next — all within like five days, and with the whole world flying by the seat of its pants. And, of course, I got the news that Kelly v. Kelly would be postponed as well. I don’t think I’ve fully come to terms yet with the trauma of that week.

If anything, this time has made us reflect and adjust. Thoughts?

SF: On a global level, I’d say the mass awakening to the relentless pervasiveness of systemic racism and the decision for so many to change a system that’s operated relatively undisturbed for so long is pretty positive. The social justice that this year has demanded is stunning.

How and why did you get involved with this year’s UNCOVERED ?

SF: I’ve done every iteration of Uncovered except one (last year) since its inception. The how is simply a matter of being in the right place at the right time, ie, knowing Mitchell and Reza and happily agreeing to sing backup for the first ever concert. I’ve been lucky enough to be asked back since then, being a part of the concert’s evolution from fundraiser to standalone event in its own right, moving from the now-becondo’d Diesel Playhouse for one night only to multiple nights at Koerner Hall. It’s basically a matter of Mitchell and Reza asking to do the concert each year, and me saying “obviously.”

The why is also obvious. Each year I do it, I am amazed by how this concert can consistently outdo itself. Audiences are always moved and always so impressed by how the songs they know so well can transform so beautifully under the genius of Reza. As artists, it is a thrill to perform on one of the most gorgeous stages in the country and to tackle such well-known songs with brand new eyes. The things I’ve done in Uncovered are among some of the most memorable moments of my career.

What’s different in this year’s presentation being online?

SF: This year, the format is designed for a world in which an audience can’t convene in person and enjoy the concert all together in one space. This way, the sense of story for each song is not lost, but heightened for the viewer, made more intimate. I think it’s a brilliant adjustment and a major pitcher of lemonade.

Can you give us a hint about your performance?

SF: I’ll be performing a song that I’ve loved for a really long time by a Canadian singer-songwriter. In the past, I’ve been told to withhold the title so I’m gonna do that here because I don’t wanna mess up. But it is extremely familiar to Canadians and I’m so glad I got to sing it.

When we are done with this pandemic, what are some of the first things you’re going to want to do?

SF: Rehearse and perform a show. Enjoy a room full of people for the first time again. I’ve thought so much about those first new firsts and just thinking about them make me tear up. I’m so ready to never take any of it for granted. 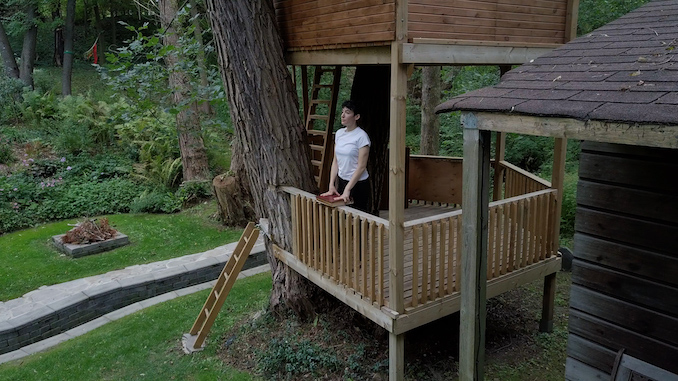 Performances will run on a set schedule from November 11th – December 6th at 8:00 pm Wednesday – Saturday; and also at 2:00 pm Saturdays and 4:00 pm Sundays.

Tickets for UNCOVERED: NOTES FROM THE HEART are available at www.musicalstagecompany.com for $30 per household (Groups of 8 or more save 20%). Song list details will be revealed in the weeks to come on The Musical Stage Company website and social channels.

In addition to offering the UNCOVERED experience at home, the company is also presenting the option to enhance the digital event with select add-on experiences. Premium experiences include private pre-show meet ups online with company members including a special performance; and Deep Dive Dinners, which gather up to 12 people online for lively, curated conversation on the topic of Community and Change, custom dinner delivery, and a ticket to UNCOVERED. Deep Dive Dinners are presented in association with Elenna Mosoff & The Mission Business Inc.

When we saw the line up for The Musical Stage Company latest productions, it made us reminisce about our experiences […]