Bailey Jordan-Neil is set to release his second single, “Again Today”, on Friday, July 19. The young singer-songwriter has already commanded the attention of the Toronto music scene drawing comparisons to Ed Sheeran and John Mayer.

His first single release, “Lucky”, put him on the map, but now after a year of growth, the Pasadena, Newfoundland native has a firm grasp of who he is and who he wants to be as an artist. 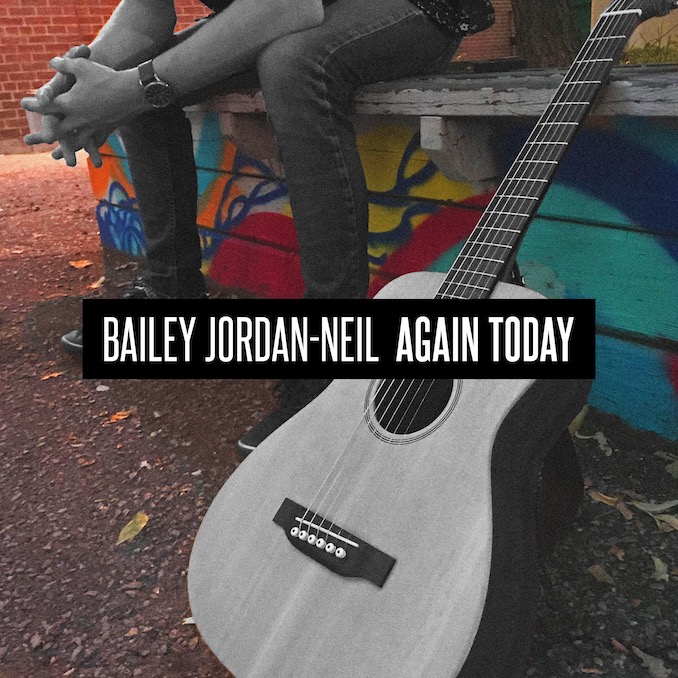 Bailey crafts original songs with strong rhythmic drive, supporting a vocal style that swoops and soars. Although currently residing in Toronto, his music is still very much influenced by his roots in Newfoundland.

While his music is most-accurately described as Pop/Folk, Bailey takes pride in the diverse mix of sounds he produces.

“I’d say it’s a good mix,” said Bailey “I grew up on an island, which was very isolated. So I listened to a lot of older music. Recently, I have I gotten into pop. They both have been influential in the development of who I am today”

In May, Bailey took part in the Faculty of Sound Showcase Launch in Toronto – a platform for emerging Canadian musicians to perform in front of a live audience of hundreds of music fans, industry VIPs and a panel of judges. Bailey’s performance blew the crowd away and even had influencers, Matthew Romeo and Chris Ramos posting all about him on their social media channels.

“The Faculty of Sound was a great opportunity for me because it allowed me to showcase my original music.” said Bailey. “Other showcases focus solely on talent. Someone might be able to get on stage and be a great singer when singing someone else’s music, but what’s great about the Faculty of Sound is that a songwriter can play their own music. It actually showcases artists who are creating.”

Showcase organizer and President of AMO Music, Eduardo Belmonte, praised Bailey and his ability to dazzle the crowd.

“Bailey is an incredible talent with a beautiful story to tell,” said Belmonte. “The warmth he delivers will melt your heart. We’re very excited to see him share it with the world.”

Moving forward, Bailey hopes to continue to record more of his original music. His new single is the first off an EP, which he plans to drop later this summer.

“There’s a lot more coming,” said Bailey “Most of the songs sound very different from each other. This is just a taste of what’s to come.”