In a historic first for the province, the Ontario NDP last week announced the official formation of the first Black caucus in the history of the Ontario legislature.

The need for a Black caucus was identified as a direct result of a Black community leaders’ roundtable discussion at Queen’s Park with New Democratic Party leadership and MPPs. One of the recommendations that came out of that roundtable was the importance of formalizing representation, alongside direct engagement with the Black community as a distinct group. 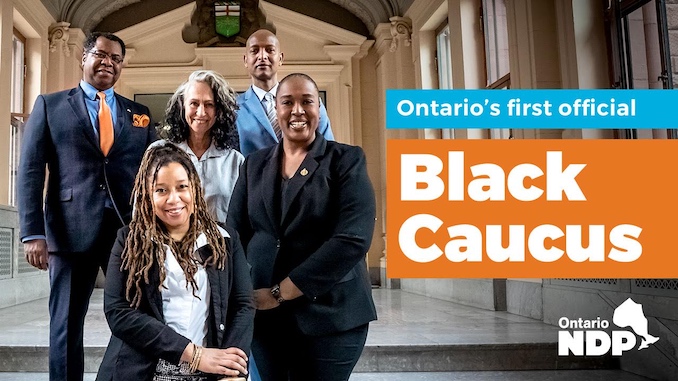 “Black community members should see themselves represented and respected when they look at their government. Black Canadian leaders must be at the table when every decision is made. That’s why I’m so proud to announce the formal creation of the Ontario NDP’s Black Caucus, chaired by our Anti-Racism Critic and MPP for Kitchener Centre, Laura Mae Lindo,” said Andrea Horwath, Leader of the Official Opposition NDP.

Faisal Hassan, one of the inaugural members of the Black caucus, explained in an interview with Toronto Guardian that the Black community has come together and wishes to be given a voice at Queen’s Park, ensuring that their concerns are a priority.

“We have the largest Black caucus elected anywhere in the country,” Hassan noted while explaining that the caucus would focus on issues affecting the Black community, including finance, healthcare, education, the arts, and many more – all while listening to the community and actively seeking to address their issues. “Communities have been studied to death – whereas the NDP has a track record of actually addressing our concerns.”.

What to do in Gravenhurst, Ontario while visiting

The Muskoka region is a popular destination for Ontarians during the summer months. Whether you are camping, cottaging or just […]