A well known comedian once told me that “making it” in Canada usually means you’re shopping at Loblaws and someone will come up to you and go “hey, I know you!” And then you tell them “well, I’m a comedian” – and they go “no, that’s not it”. And then they walk away, assuming you must have gone to the same high school or something.

I’ve always loved that analogy. And for the most part, that’s a pretty accurate summary of Canadian showbiz. Very few comedians manage to make a name for themselves here at home. We have a weird habit of not recognising our own until they’ve appeared in a string of Judd Apatow movies or made their way onto the cast of SNL. 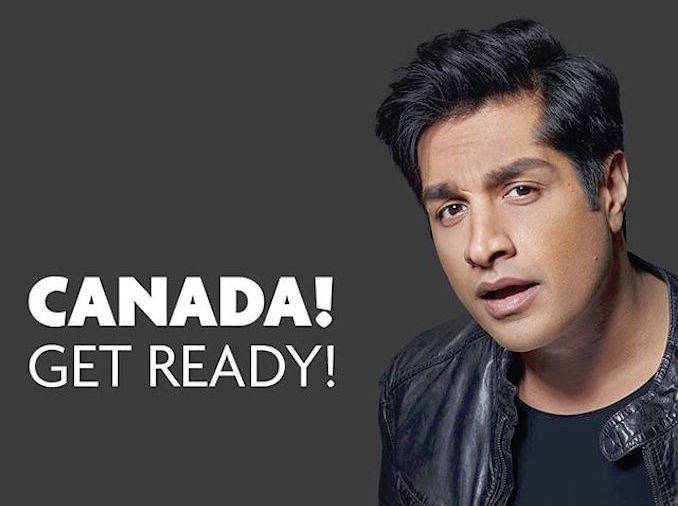 But there are those rare few Canadian comics – those larger than life personas who somehow break through that barrier and connect with an audience coast to coast. From Antagonish to Abbotsford (or any other geographically separate cities you’d care to name here for flavour).

Two summers ago I was wrapping up another hectic week in Montreal, home of the world-famous Just for Laughs festival (also one of just a few name brand institutions in Canadian comedy, by the way). It’s arguably the biggest comedy festival in existence. And for those of us in the business of funny, it’s an annual pilgrimage. It’s summer camp for comedians.

It was my last night at the festival, and I witnessed something I never thought possible in Canadian comedy – a crowd of 115,000 people watching a comedian on stage. 115,000 people – that’s about 5k shy of the entire population of the city where I was born.

That night, Sugar Sammy was playing to an outdoor crowd of Montrealers and comedy fanatics from across this land who swarmed into the middle of the city all to watch him.

I realized that night that Sugar Sammy is one of those few names. For every audience member or family friend who has ever asked me “hey, have you ever met Russell Peters??” or every small town Canadian who has ever thrown a Ron James joke at me, there’s an instant recognition when you mention Sugar Sammy.

And he hasn’t just figured out that recipe for success here in Hollywood North – Sammy’s been spreading the sugar to audiences all over the map. On network tv specials, festivals far and wide, and comedy clubs in nearly every corner of the globe. He’s played to packed audiences in places where, not long ago, there was no comedy at all.

There’s something to be said about relatability. To be able to connect with a crowd in South East Asia with the same style of comedy you might perform for a corporate gig somewhere in middle America, or at a comedy club in the UK – that’s borderline unheard of. It’s absurd. But it can be done. Sugar Sammy can work a room of any size. Oh and he performs in multiple languages too (beyond just the requisite English and French that most Quebecois comedians can boast).

And before he played to that crowd of 115,000 that night in Montreal. Or appeared on that coveted Just for Laughs lineup oh so many times – that’s where he got his start. Montreal. A notorious breeding ground for some of Canada’s funniest. 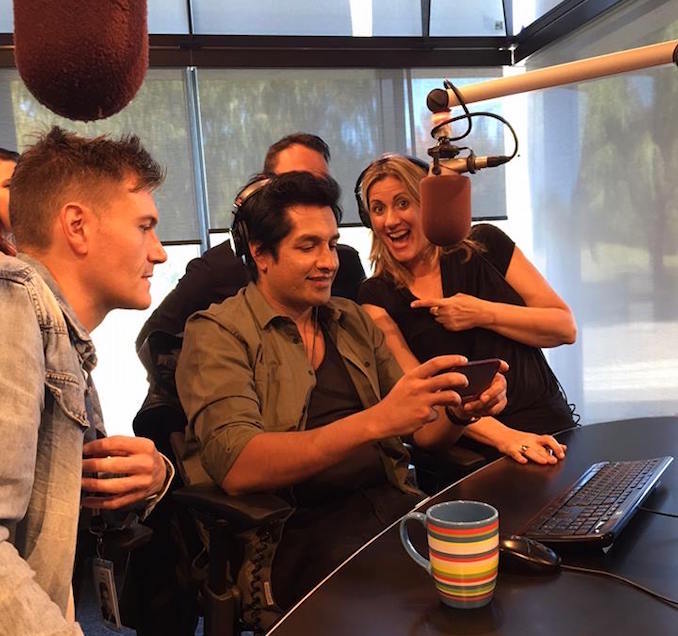 We recently sat down with Sammy on “Inside Jokes”, a weekly radio show I co-host (helmed by Sandra Carusi, who you may have read about in recent Guardian pieces) It’s a strangely off-colour show considering the fact that we broadcast on a pseudo-conservative Talk Radio station. And every week we sit down with Canadian comics (and yes, American ones too) and take listeners inside the world of standup. What it’s like on stage and in the green room. And how and why these big names and notorious characters ended up choosing such a bizarre thing to do with their life.

For the most part it could be said that the majority of comedians are just wired a little differently than everyone else. We’re a little “off”, it’s no secret. With Sammy, it’s clearly all out of pure love. He lives and breathes comedy. Motivated entirely and undeniably by a die-hard love of the game.

We asked him what the difference was between playing a sold out theatre somewhere in the Eastern hemisphere. Or a comedy club in L.A. Or a festival gala taped for Canadian television. None, as far as he’s concerned.

“I sometimes come home (to Montreal) and I’ll pop into these random shows” he told us “and just work on stuff. I just show up. In these regular rooms and on these shows that make up that scene. And just work on jokes. And I love it as much now as I did when I started. If there’s a handful of people in the room and I get to be on stage, doing what I do – I love it”

And though his relentless touring schedule takes him to places far and wide, Sugar Sammy is undeniably ours. He’s a Canadian comedian who made it big but kept his roots here at home. 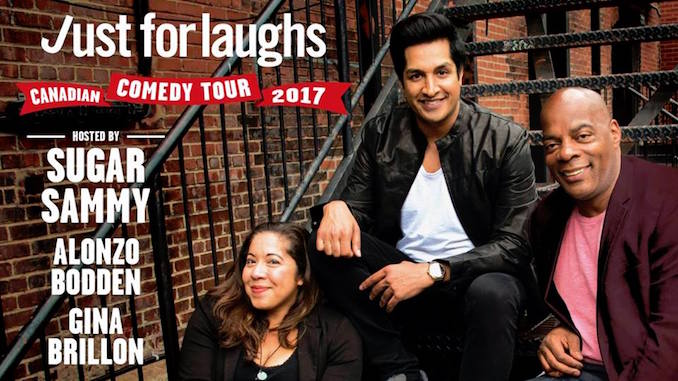 In fact, at time of writing he’s currently on a 12-city tour across Canada. Under the Just for Laughs banner, Sugar Sammy is hitting the stage along with two other festival favourites – Alonzo Bodden and Gina Brillon. As the 2017 “Just for Laughs Comedy Tour” makes its way across the country.

We talked to Alonzo and Gina on the air too (which you can hear HERE). And if you haven’t seen Sugar Sammy on stage yet, here’s your chance to do it without fighting your way through a crowd of 115,000 Montrealers.

The tour will also wrap up here in Toronto with a show at our own Massey Hall. Tickets and tour dates are available right here, courtesy of our friends at Just for Laughs.

It’s a good reminder to Canadians, just how much funny comes from this country. Comedy might just be our biggest (and certainly our best) national export. And Sugar Sammy is a good inspiration to upcoming comics in Canada that one day, maybe, with the right blend of talent and tenacity – it is possible. You might just make it after all.

Or at the very least, you could get recognised at your local Loblaws.

Art Souterrain is a non-profit organization that began in 2009 with the idea of showcasing international contemporary art institutions, artists, […]