The ballet Swan Lake is celebrating its 140th anniversary and still enthralling audiences since its premiere in Moscow in 1877. If you love classic fairy tale imagery and letting your imagination soar, then this lyrical ballet is for you. The National Ballet of Canada’s performance of Swan Lake captures the elusive feeling of flying with exceptional dancing and atmospheric sets. Swan Lake’s choreography, by Canadian choreographer James Kudelka, is so charming and timeless – it elegantly traverses the boundaries between mythical and real kingdoms. With an outstandingly emotional score by Tchaikovsky, Swan Lake will dramatically capture your heart. 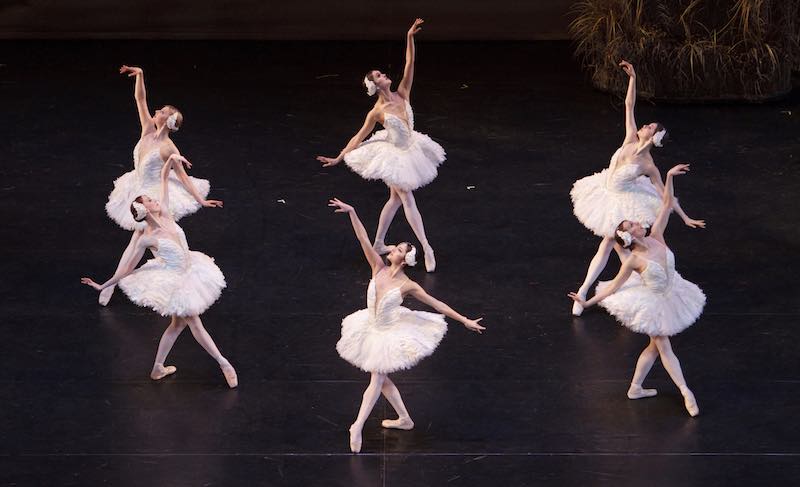 The introduction of the ballet sets the dramatic tone for conflict; basically worlds colliding. Act I is set at the royal hunting grounds were Prince Siegfried is introduced, along with his court buddies, and his mother who lays down action that the Prince will have to marry soon. Much effort is made to entertain the indifferent Siegfried in this act. Then a flight of swans grabs the men’s attention, and the Price and his buddy take off to hunt in the marsh. Act ll takes place in a mystical marsh, were Siegfried encounters the menacing Rothbart from the introduction, along with the beautiful snow white swan, Odette.  Naturally, the Price falls in love with Odette.

Act lll takes place in the Queen’s ballroom, with a bevy of Princesses who all take turns dancing for Prince Siegfried’s attention. He is not interested. Bad dude Rothbart intrudes the court, and tricks the Price to fall in love with another swan – a black swan, who is not Odette. This misunderstanding has some very bad consequences for the kingdom and the Prince. Act lV sees Siegfried in refuge by the lakeside with Odette, who forgives the Prince for his betrayal. Meddling Rothbart returns, and of course he and the Price get in a fight, while poor Odette gets caught in the middle. It doesn’t end well (no spoiler here!).

Swan Lake runs until June 25, 2017 at Toronto’s Four Seasons Centre for the Performing Arts. The Performance runs about 2 hours and 30 minutes; Act I & ll for 70 minutes, intermission for 20 minutes, and Act lll & lV for 60 minutes. This is good to know if you are going to the performance with a child or someone who may have challenges sitting for a long duration.

Bonus! The music of Tchaikovsky is played by a live orchestra! 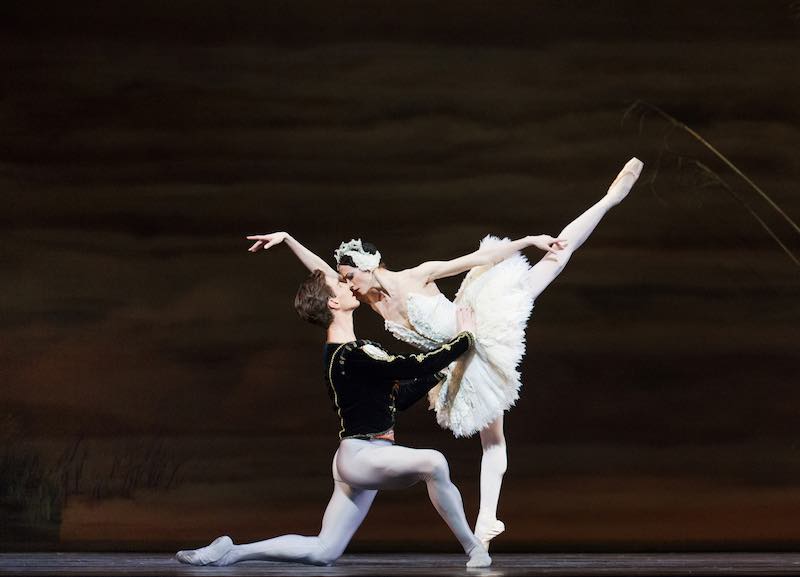 Tips On Applause! When To Clap Your Hands At The Ballet

From the abundant amount of clapping throughout the performance, Swan Lake is still an audience favourite. Because when to applaud or for-how-long-to-clap is often confusing to the first time theatre goer, here are helpful tips from The National Ballet of Canada on when to clap during a performance:

A supreme achievement of 19th century classicism, Swan Lake is one of the most enduring and beloved ballets. Technical virtuosity, lyricism and the incomparable beauty of Tchaikovsky’s score combine to make it a ballet experience like no other.

Ski Ballet had a brief appearance at Calgary & Albertville Olympics

Take A Provocative Trip On A Streetcar Named Desire

The National Ballet’s production of Broadway classic, A Streetcar Named Desire, contains content that pushes boundaries, just as it surely did over […]

In her illustrious 20 year stage career, Chan Hon Goh has performed around the world. She personifies the essence of […]