The Wayhome Music + Arts Festival Lineup has been announced! From July 28th – July 30th in Oro-Medonte, Ontario, thousands of music fans will descend upon Burl’s Creek Event Grounds to listen to their favourite musical acts. 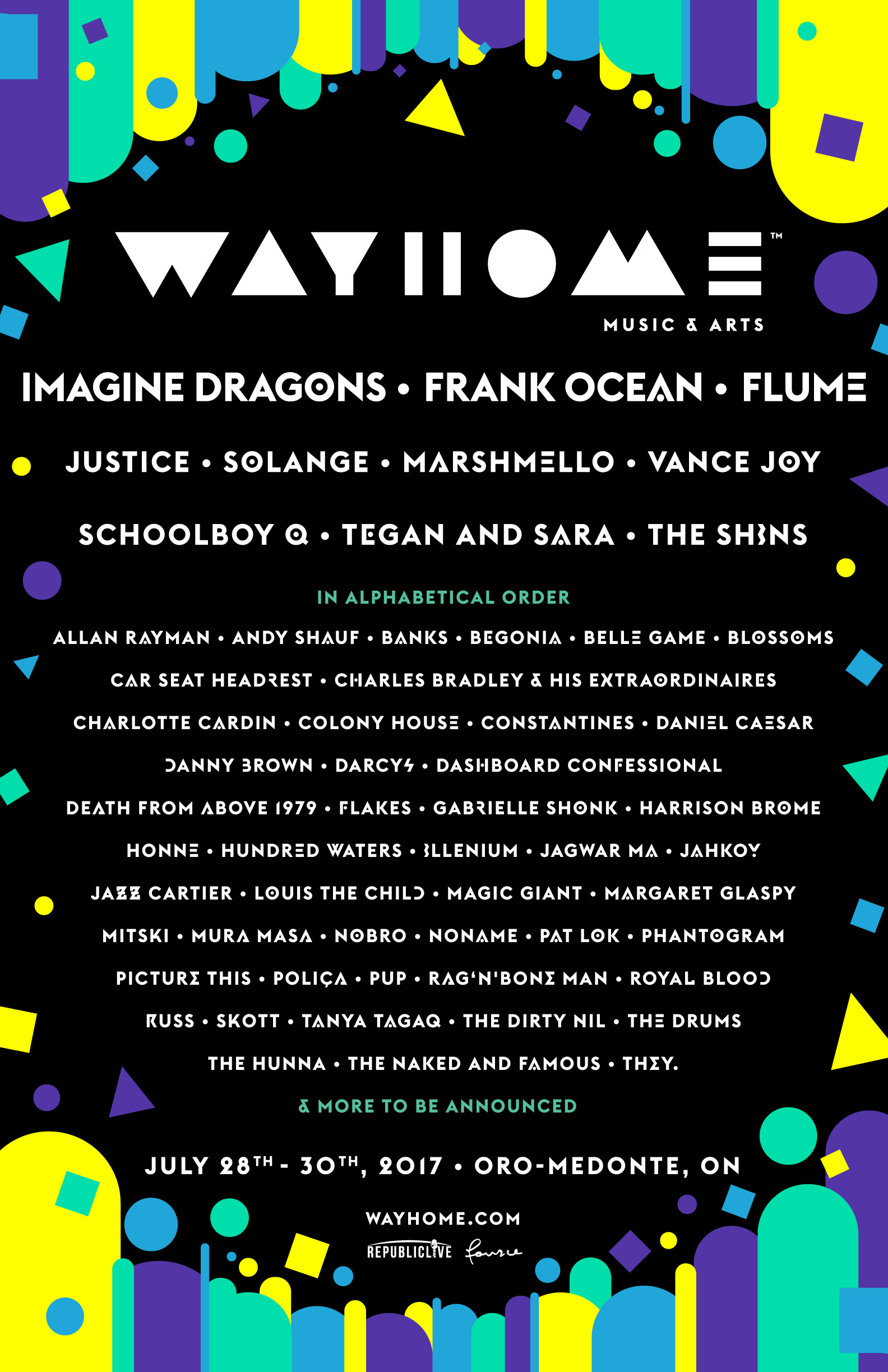 “We are thrilled to share our WayHome 2017 line-up with our fans,” said Ryan Howes, Creative Director, WayHome Music and Arts. “Entering our third year of WayHome we are not only excited about our amazing headliners but also extremely pleased about acts such as Constantines, Jagwar Ma, Allan Rayman, Jazz Cartier, PUP, Royal Blood and more. The overall line-up shows just how eclectic WayHome Music & Arts has become in it’s early years and we’d like to thank our talent booking partners, Fource Entertainment Canada, for curating such a well rounded program to appeal to music lovers of all genres. In addition to a stacked line up, WayHome will again offer the best in art installations, late night entertainment, food and beverage curation and some of the best camping Canada has to offer.”