Ownership of the iconic Toronto building known as the Brunswick House has changed many times since its establishment in 1874 – but it still remains an important part of the community’s history. 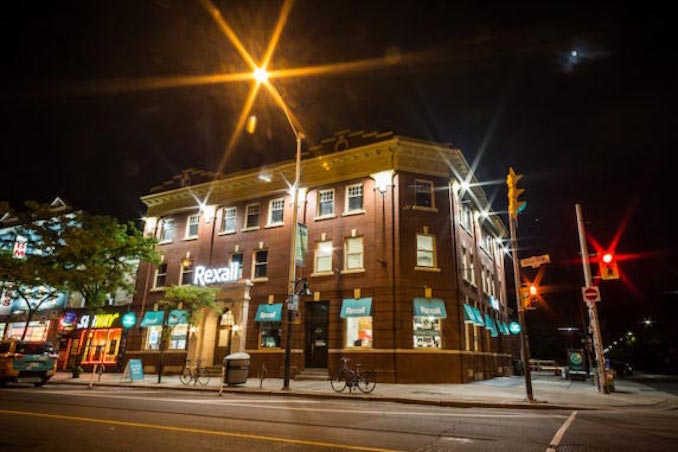 It was used as a hotel, a tavern, and a music venue over the years, sitting on the northern border of the Harbord Village on Bloor Street West. The neighbourhood – now bounded by Bloor and College streets, and Bathurst Street and Spadina Avenue – was made up of plots of land for farming in the 1850s. The areas, referred to as park lots, ran north-south across the City of York, which would later become Toronto. By the mid-19th century, the streets in Harbord Village had already been laid out, but not many people were living there, said historian and Heritage Toronto plaques program coordinator Camille Bégin.

“The first 10 blocks of York were basically around St. Lawrence Market. And then everything north of there was set up as park lots, so it was farming area all the way to Bloor Street,” she said.

There was a building boom in Harbord Village in the 1880s because of the city’s growing population, according to the Harbord Village Residents’ Association. Lots were developed and subdivided densely. 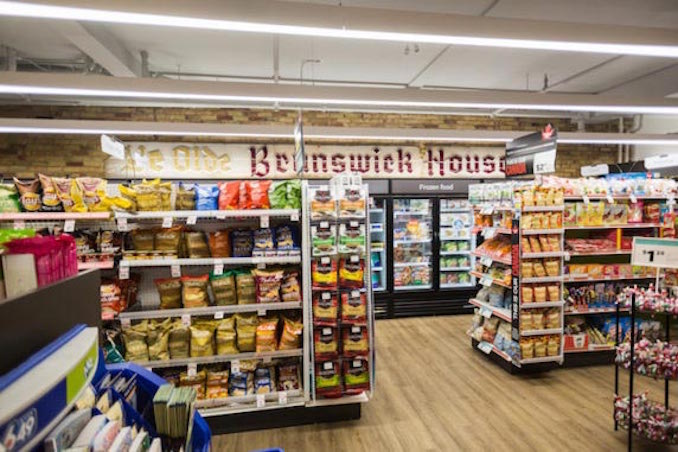 The Brunswick House’s founder was Benjamin Hinchcliffe – also spelled Hinchcliff in some documents – who had previously operated a tavern at Queen and York streets before buying a lot at the southeast corner of Bloor Street West and Brunswick Avenue. He built a two-storey structure, and turned it into a tavern. He was issued a liquor license for the property in 1876, according to a Globe report written that year. The building became a meeting place for members of the community – mainly made up of the local working class and immigrants. The building was referred to as a hotel for the first time in 1877 by the city directory.

“It’s really hard to figure out when it actually became a hotel because often the two activities were linked,” said Bégin. “It’s a time period where you don’t have that many restaurants so as soon as you have a hotel, you also have some sort of tavern or area where you can get something to eat. It’s hard to pinpoint when it happened…but it was always a meeting place in that area.”

Hinchcliffe left the business around 1885 and several others took over until 1908, when Edward Jackson added a third floor to the building.

“The (new part of the) building was designed by J.W. Siddall,” said Bégin. “He’s interesting because he also designed the St. Lawrence Market.” 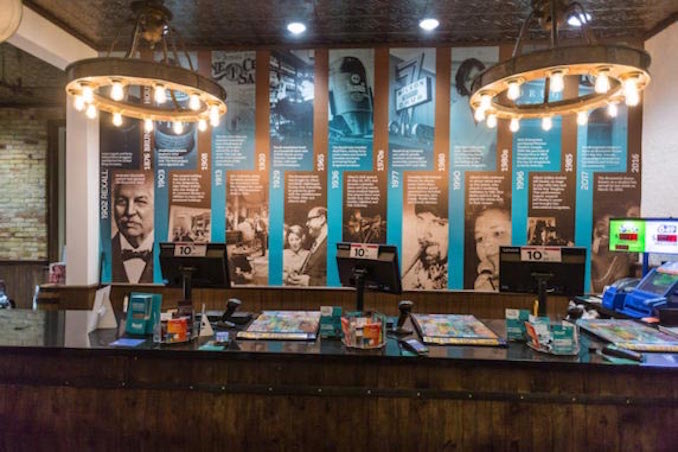 The Brunswick House, known more recently for its loud noise and young patrons before its new tenants took over, received complaints dating back to 1905. According to a Toronto Star article written that year, it was referred to by the Board of Licensing Commissioners as a place “where young men drank at the bar and women carried beer from the side entrance.”

Starting in 2005, the Brunswick House, nicknamed the Brunny, took on a nightclub-esque, college bar vibe. Many noise and other complaints pushed its landlord, Larry Sdao, to find a more suitable tenant. In 2016, its doors closed and Rexall Pharmacy started renovations.

The building’s charm remains, with its many Edwardian Classical features, and a focus on showcasing its history and architecture. Torontonians can now peek into its past when they walk through the pharmacy. Certain elements still in tact include the keg barrel bar, chandeliers, tin ceilings, and vintage street signs.

The pharmacy, which opened in April, also has an exhibition dedicated to the building’s musical past. Under the ownership of Morris and Albert Nightingale, the space flourished as a venue for blues and jazz. They acquired the building in 1961 and hosted variety shows, open mic nights and even a wedding ceremony over the years. 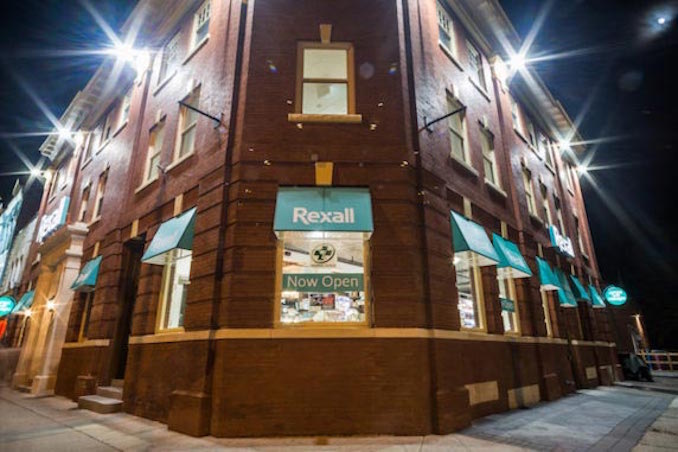 “The downstairs bar was called Pickle Alley (in the 1970s and 1980s). That was a student hall with a lot of entertainment,” said Bégin. “The upstairs performance area was, especially at the beginning, jazz and blues – and hosted some legends.”

Buddy Guy and Etta James were among the greats who graced the upstairs stage, named Albert’s Hall after its then-owner. Rexall now displays memorabilia from others who played at the venue over the years, like Jeff Healey, Oscar Peterson, Downchild Blues Band, and Peter Appleyard.

“The Brunswick House is hallowed ground for music fans, not just in Toronto but across Canada,” said the exhibition’s curator Alan Cross. “With Rexall’s support, this exhibit is a fitting tribute and homage to those artists who graced its stage.”

The music display will be permanently moved to Calgary’s Studio Bell in 2018.

A Heritage Toronto plaque will also be placed at the Brunswick House in honour of its history in the coming months, according to Bégin.

“(Rexall) has been working with us on the plaque project and they really engaged with the music community in Toronto to have rotating displays, and to make sure that the story is told,” she said.

Learn more about these heritage plaques on their website.

The History of CODA Nightclub with Co-Founder Joel Smye

I recently got to chat with Joel Smye, a DJ, party organizer and most recently the owner of CODA nightclub […]