I get the sense that the organizers of the Reelworld Film Festival don’t want us to just “sit back and enjoy the film”.  This is the Festival’s 16th year running a selected roster of international films that are some of the most talked about — or should be. That’s what they are hoping for. 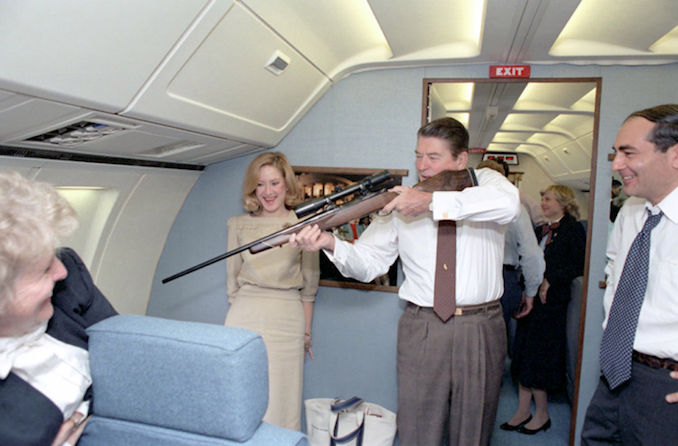 The Opening Night film “Shadow World” directed by Johan Grimonprez and based on Andrew Feinstein’s compelling book “Shadow World: Inside the Global Arms Trade” had some of us at the edge of our seats. The documentary offered an inside look at the global arms trade and who is affected by the billion dollar deals – from lives of everyday people to the super rich and government officials. The documentary takes a look at historical arms trade deals and interviews many involved.

Andrew Feinstein, a former South African politician with the ANC who resigned in 2001 and now resides in the UK, was at the opening to answer questions after the screening.  Of course what went through many minds were the “what ifs” when it comes to the business of war particularly with the Presidential election in the US.

Feinstein is also the founding Director of Corruption Watch that is based in the UK that works with anti-corruption organizations, activists, investigators and prosecutors around the world. Currently, he is spending time travelling the world with the film that already has secured broadcast and distribution rights in over 20 countries, discussing specific issues surrounding the arms trade within each country he visits. Examples Feinstein had mentioned were the UK and  US involvement in arms sales to Saudi Arabia and the F35 Jet Fighter project which Canada is also involved in.

Gave Lindo, Executive Director of Reelworld lead the conversation with the question of what can we do as individuals? “The global arms trade is not something I can tackle myself”.

Definitely issues presented in films like “Shadow World” is the first step in becoming more aware of what’s happening in the world we live in. Films like this are meant to stir you and hopefully inspire more conversations. In fact, audience members are invited to join in the “Conversation Room” after the film screenings to chat with activists, experts, and nonprofit organizations to delve a little deeper into the issues presented and  learn how to get  involved.

I honestly went to view this film as a night out..but in return I got so much more. There are a few other titles I’m eyeing during the festival including Director X’s ACROSS THE LINE, Deirdre Fishel’s CARE and Daryl Wein’s CONSUMED. By the way, Shadow World has a second screening if you’re interested.

Reelworld Film Festival runs October 12 to 16, 2016 at Harbourfront Centre. There are over 20 films to check out including features and shorts as well as VR storytelling and Gaming along side evening events like the Poetry Slam and Art Battle.

Here’s the trailer for Shadow World…

Staycation in the City at The Kimpton Saint George

Toronto is a city filled with beauty, entertainment and art, which offers visitors a unique experience with each visit. Take […]

The Stranger is coming back with two new immersive theatre experiences