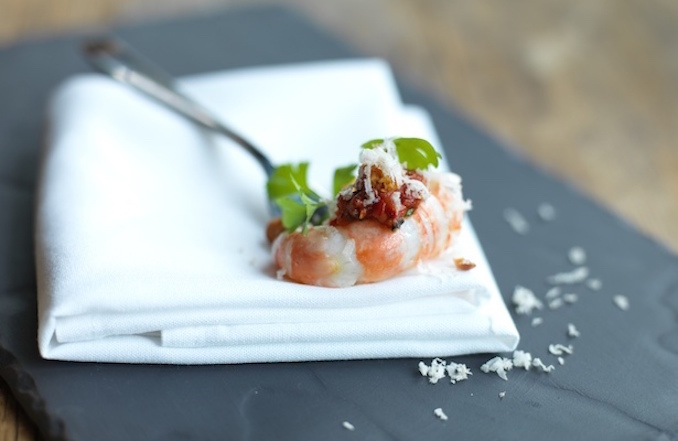 In 2005, The Vancouver Aquarium established the Ocean Wise conservation program. What started out as a local, grassroots organization has flourished into the most recognized sustainable seafood program in the country. Ocean Wise was developed in response to requests from chefs and members of the community who wanted to serve consumers with ocean-friendly seafood choices. The purpose of its inception: to ensure the health of our oceans for generations to come. Today Ocean Wise works with over 600 partners including restaurants, retailers, suppliers, culinary schools and universities from Tofino, British Columbia to St. John’s, Newfoundland.

Here in Toronto, The Centre for Social Innovation hosted a live streaming of the symposium. During the presentation, guests sipped on beverages from various Ocean Wise partners. One of my favourites was a smooth and savoury 2013 Triomphe Cabernet Franc from Southbrook Vineyards in Niagara-on the-Lake. Another standout was a unique Caesar courtesy of Walter, the company that produced the first all-natural Canadian-made craft Caesar mix. Made with vine-ripened tomatoes, spices and clam juice sourced from the North Atlantic, it’s 100% natural, gluten-free and full of flavour.

Throughout the course of the evening, I spoke to several Ocean Wise ambassadors; each of them spoke proudly of the excellent work Ocean Wise is doing to make a long-term difference. They expressed a true commitment to providing options for consumers so that the choice that is most delicious can also be one that preserves the health of our oceans. Chef Charlotte Langley summed up Ocean Wise’s mission best: “we’re working to take care of people and helping them make better choices.”

See our list on Ocean Wise partners in Toronto.