Written by Chris Blades, my bandmate (Birds of Bellwoods) and one of my best friends.

Stevie (Stephen Joffe) is both immediately relatable and enigmatic. I initially got the sense that he had this long crazy story to tell – that he’d lived a life so packed it could burst – and eventually I turned out to be right. He does. And he has. But it isn’t just that he’s lived a life full of experience, it’s that he’s still living it. The crazy story is being told in real time.

He’s been acting since he was like seven, and I think he wrote some plays or something at some point. He approaches creativity with this incredible kind of childlike reverence for both the medium and the inspiration behind the creation. He never shrinks from addressing and harnessing what can often be the most painful feelings. The result is, among other things, brutal honesty. As one might imagine, this bleeds into his live performances, the majority of which I have been around for. They’re something else.

As if that weren’t enough, he manages to anchor his nebulous artistry in a strong work-ethic. He’s a professional and a workaholic. It’s gross. I don’t know why I even let him hang around me anymore. Oh right, because together we make dank sounds. Yeah, he’s my best friend. Get your own. 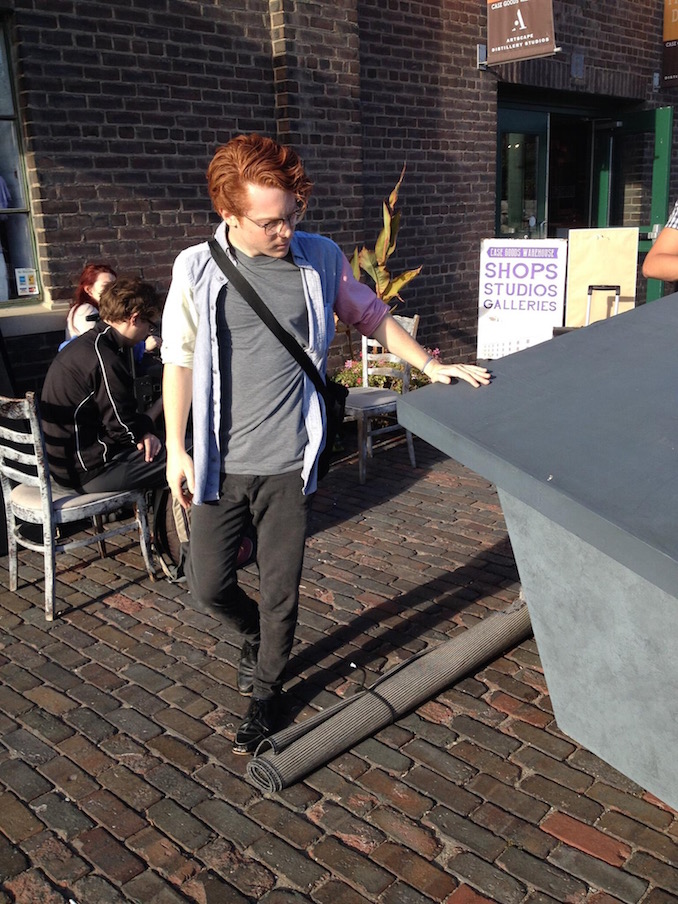 This photo was taken the afternoon after we closed the show ‘Like A Generation’ at Dancemakers (produced by Coyote Collective). I’m saying goodbye to a piece of the set. 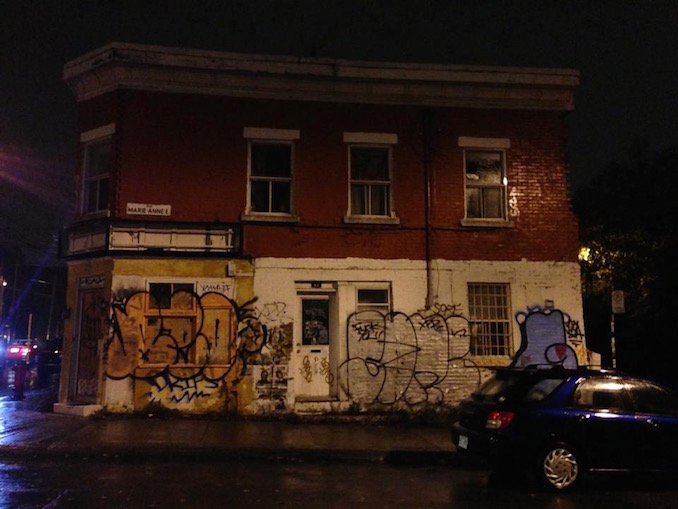 This is where I lived in second year at NTS. It was a pretty debaucherous time, we didn’t sleep much. The window on the top right was mine. 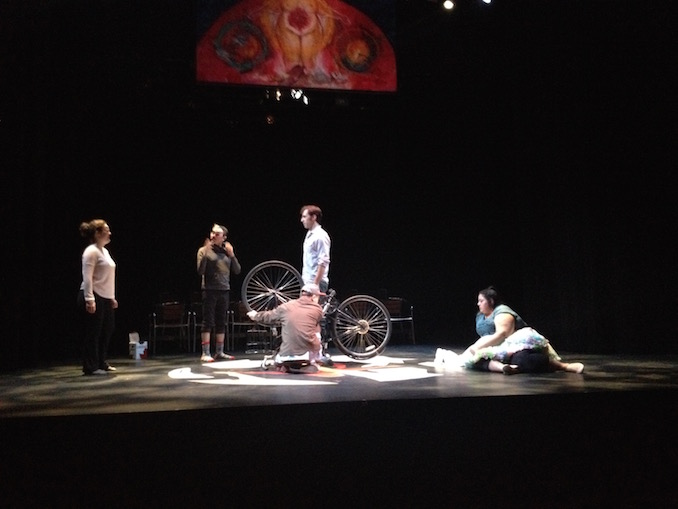 This is the cast stumbling through one of the first scenes of The Crackwalker. We’d only been in the theatre for about an hour but it already felt like home. 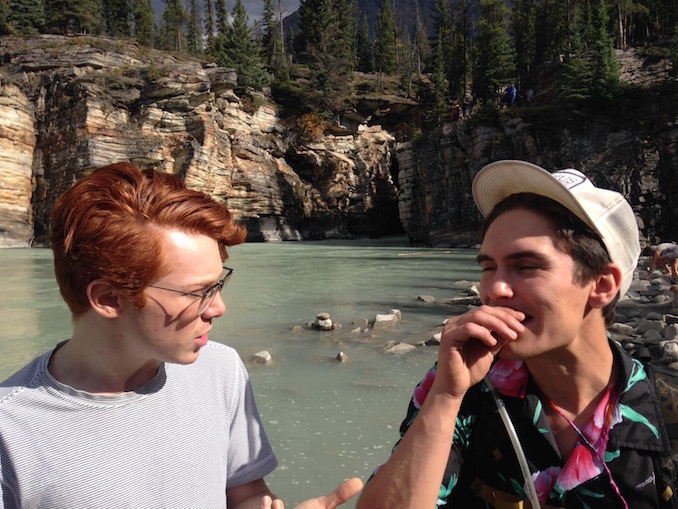 This is me and my buddy Conor, talking about nothing in one of the most beautiful places I’ve seen. My band was west for the Jasper Folk Music Festival and he drove out from Canmore. It was the first time we’d seen each other in three years. This is the guy who convinced me to start playing music for real. 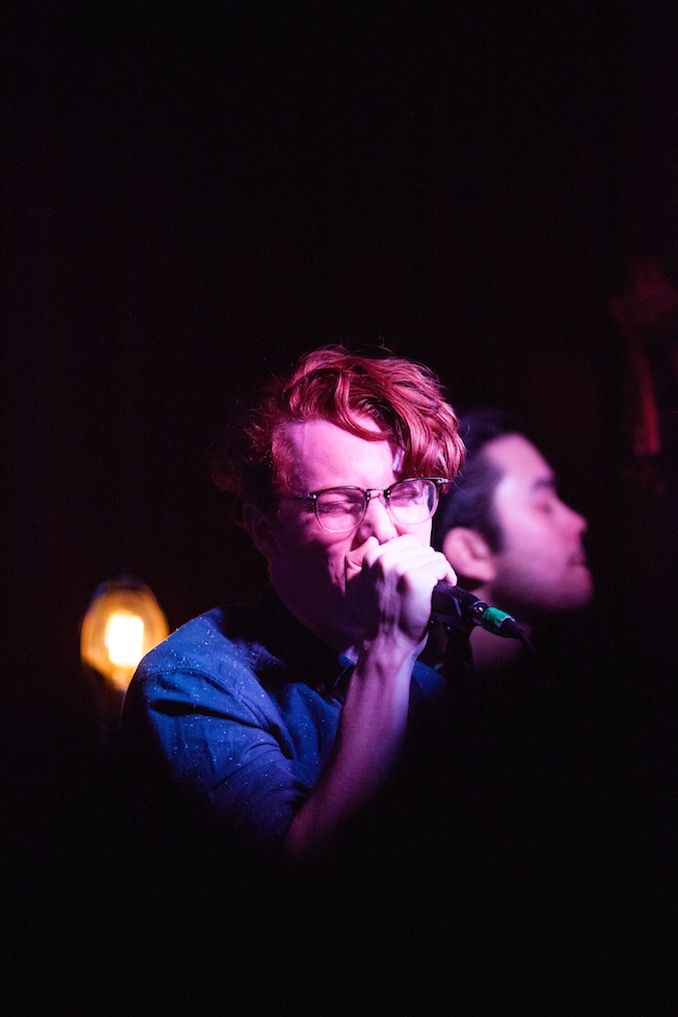 This was my most recent show with Birds of Bellwoods, March 12th at the Drake Underground. Sold out, pretty wild. My friend Spencer (Maurice) took this shot. In my good weeks I’m doing this every night. 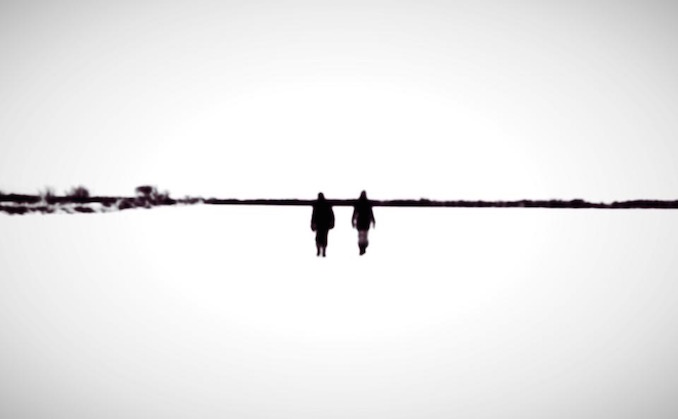 This is a picture I took around Christmas of my sister and my mother going for a walk up at the farm. S’beautiful out there in the winter. 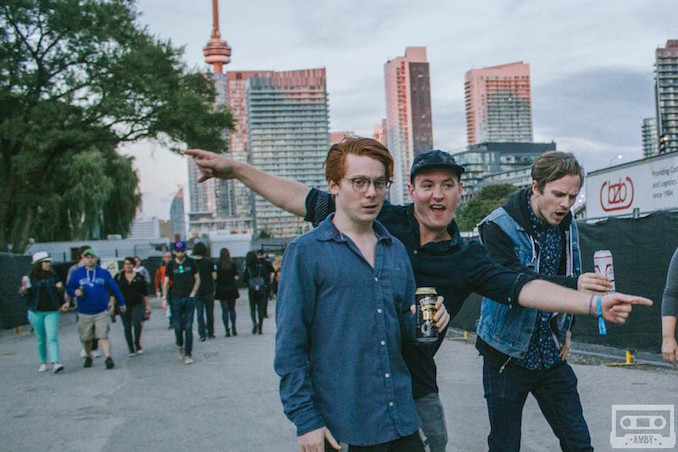 This was taken the evening of Birds of Bellwoods’ performance at TURF. It was our first big festival and we had been day drinking more than we probably should have. I’m pretty sure we’d just seen The Punch Brothers. 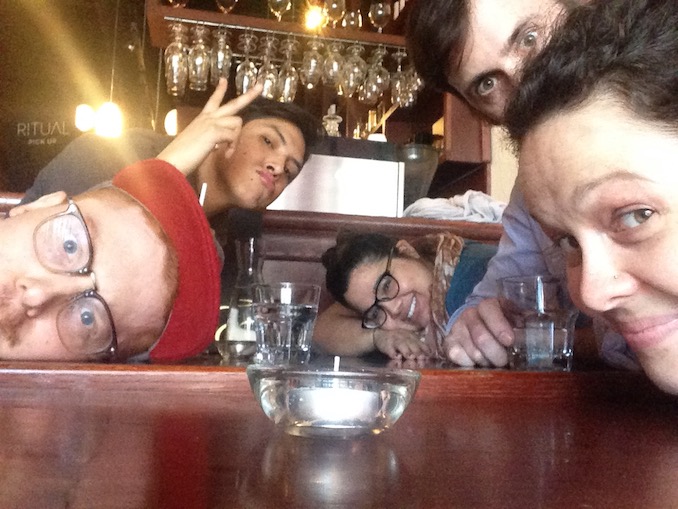 I grabbed this one when me and my castmates were out for dinner during cue to cue. Left to Right we’ve got myself, Waawaate, Yolanda, Greg, and Claire. I honestly couldn’t have asked for more talented and kind group of artists to impose myself upon.

Kind of between Little Portugal and Parkdale.

You know, that’s a bit of a tough question. I do a lot of things in a lot of places. I’m an actor, and that kind of takes me around. Most recently I was in an episode of Reign and a few movies, those were all shot in Ontario.

I’m also a musician, and that is a traveling sort of job as well. We’ve toured through Canada as far west as Jasper, and are hoping to go from one end of the country to the other and right down into the states this year.  I also wander around Toronto mumbling to myself, most of my writing starts in coffeeshops on the west end. Sometimes I also just sit at home and wonder whether or not I should go out.

What are you working on right now?

Right now I’m working on a play called The Crackwalker by Judith Thompson at Factory Theatre, with an absolutely incredible group of artists. It is a pretty harrowing story that takes place in Kingston, Ontario in the early 70s. Very interesting time, very interesting characters.  My band Birds of Bellwoods is also working on what is feeling more and more like our debut full length album, which we are hoping to release this year. We’re in process on our first single now, with a producer named Jack Emblem.  In addition, I recently started doing work with a multi-disciplinary group of creators known as Vazari Dance Projects in a dramaturgical capacity, they will be presenting work at this year’s SummerWorks Festival. Keep an eye out for [decoherence], choreographed by Jessie Garon.

Where can we see your work?

The Crackwalker runs March 22nd – April 10th at Factory Theatre in Toronto. It is a difficult but deeply necessary story and I highly recommend it.

My band Birds of Bellwoods has several upcoming tour dates soon to be announced, the best thing to do would be keep posted on our website, they’ll be up soon along with that new single: www.birdsofbellwoods.com

You can stream our award-winning debut EP ‘The Fifth’ here – https://soundcloud.com/birdsofbellwoods/sets/the-fifth-ep

or, if you’re feeling generous, buy it here – https://birdsofbellwoods.bandcamp.com

We’re also all over social media:

The Adventures of Tom Shadow At the Factory Theatre in Toronto

When I was little, Peter Pan was one of my favourite books. I loved the thought of an adventure to […]

From the African Copperbelt to the back woods of Muskoka, acts of faith tells a story about the power of […]