I recently got to take a behind the scenes tour of Rogers Centre in Toronto (Skydome Pre-2005) with Honda Canada and wanted to share some of the cool things that I got to see.

1- Groundskeeper and the 4 soils 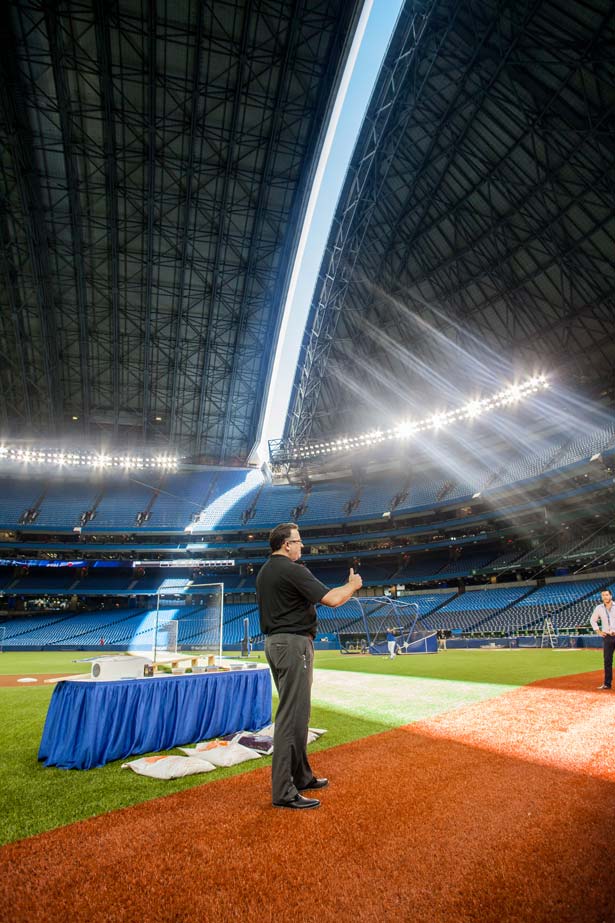 Head Groundskeeper Tom Farrell has been with the Blue Jays since they played at Exhibition Stadium pre-1990. At the beginning of our visit, while the dome was opening, Tom gave us a run down of both the astroturf and the soil composition that makes up the dirt.

Rogers Centre is now only 1 of 2 stadiums in Major League Baseball that still uses artificial turf while the rest use real grass. The University of Guelph is currently conducting a study on behalf of the Jays to figure out how a transition would be possible and what changes would need to be made. Things like drainage, airflow and lighting will all have to be considered.

The current turf is made by AstroTurf and is padded underneath by shredded rubber pellets. When you see a ball bounce on the field and a spray comes up, that is what you are seeing. This turf is a lot more padded and easier to play on than the turf the Skydome had during Roberto Alomar’s day.

The dirt that they use on the field is made up of 4 different types of soil. 2 types of clays are used for padding and absorption while other small grained materials are used to let water drain through the materials so that the soils do not clump, stick or stay wet. 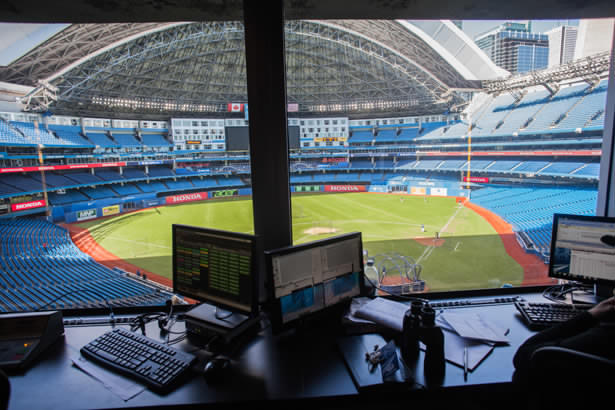 This is the view that the person monitoring stats on the field has. Working with a couple other stats pros, it is her job to make sure everything on the field is scoring what it should. Not a bad view to have for each game. 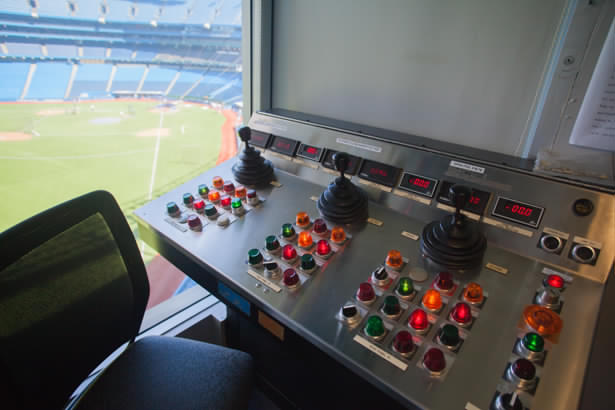 These are the controls for opening and closing the dome. You can change the speed or run it on automatic. I was told the green button on the far right column is the auto button while the joysticks change the speed. 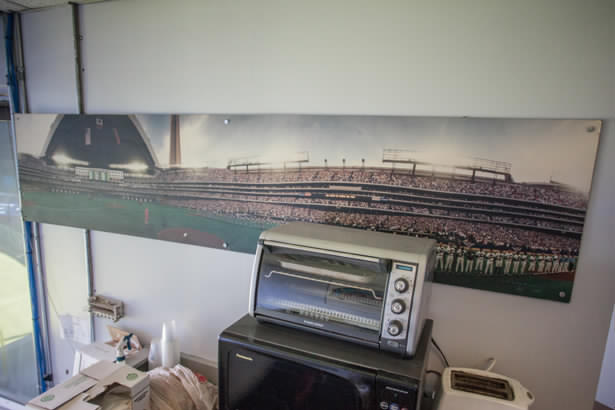 Photo: Panorama of the ’89 Blue Jays inside a packed Skydome

Thought panoramas were a new fad? Behind a microwave, a toaster, and a toaster oven in the staff area, I found this awesome shot of the 1989 Toronto Blue Jays in front of a packed house at Skydome after the move from Exhibition Stadium. 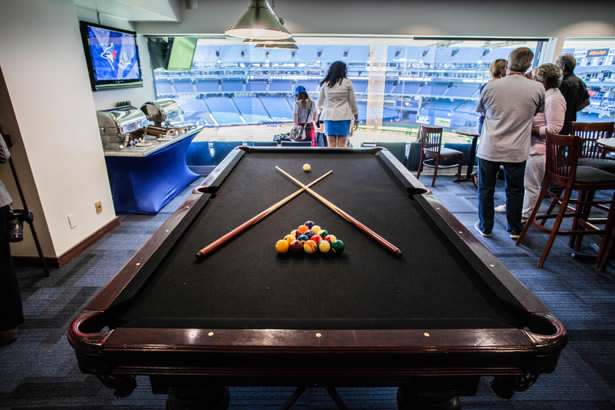 This has got to be one of the best views to catch a game. Play a game of pool with a bar to your right, catered food to your left and the open glass and the game in front of you. This is the experience from the Acura Luxury Lounge where we finished up our tour and watched the Jays win their 10th game in a row during their streak.

Fun Places to Visit in Toronto this Summer

Are you thinking what I’m thinking? Visiting fascinating places or must-see sites that brim with prodigious things in Canada’s largest […]

When you think of Canada, you may think of hockey and beer. In Toronto that would equate to The Maple […]