I usually cover the electronic music beat, but the thirteenth Wavelength Music Festival presented a good opportunity for me to explore one of the many other music scenes that the city offers. The festival spanned four nights of events, including in-store performances, interviews, and shows at a variety of downtown venues.

I made it out to the Friday evening show at the Great Hall, 1087 Queen West, with essentially no idea what to expect from the crowd and the performers. I was equipped with nothing more than money for drinks and a Twitter account for live tweeting the show. 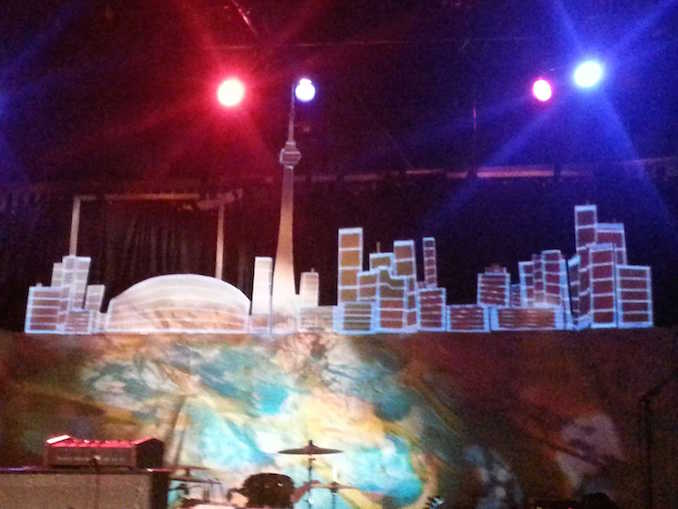 The Thighs kicked things off at 9:30 to a gradually expanding crowd, which filled up the space by the time The Thighs were done. The Thighs turned out to be a screamy, punk-style band, and they delivered a decent set. They performed on the floor rather than on stage, which made some real crowd interaction possible which they took full advantage of. The band was at its most memorable when the singer was right in the crowd’s face, making it personal.

In between bands, DJ Ark 2600 filled the dead air with lively and danceable tunes. That’s my kind of stuff, so I probably enjoyed these parts of the night more than anybody else in the crowd. Great track selection.

The second band was Blonde Elvis, introduced by MC Doc Pickles. The intro was the only jarring note in an otherwise excellent night; the MC has a bit of a problem with Toronto and didn’t hesitate to let us know about it on the mic. He’s certainly free to have that opinion and he’s more than welcome to use his platform to let everyone know what he thinks, but I was a little surprised – if only because I have a tough time understanding how anyone could dislike Toronto. 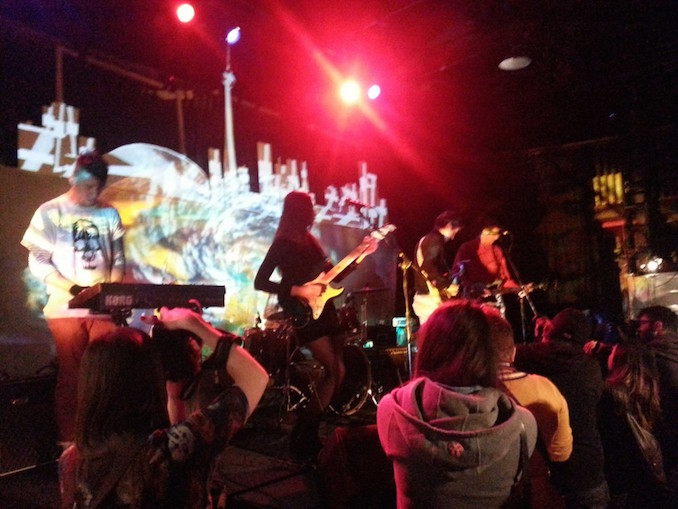 Regardless, the show went on smoothly from there and Blonde Elvis delivered an excellent performance consisting of what I would describe as with rock ballads, such as “I Give Birth”. Every element was solid, but the guitar work in particular was outstanding and deserves a mention. The set showcased a melodic and energetic band with a lot of talent; I’d go happily go see them again.

Next up was Blue Hawaii, a live PA featuring two members – one on the controllers and another on vocals. A very impressive setup which they used to deliver a very impressive and diverse set. Sometimes broken beat, sometimes straight kick drum, but always enjoyable and danceable. The pair work together with obvious joy and energy, and it’s clear that each understands what the other expects. The result is an energetic, atmospheric sound that’s made for dancing. This set was one of the highlights of the night for me, and the crowd was clearly enthusiastic as well. 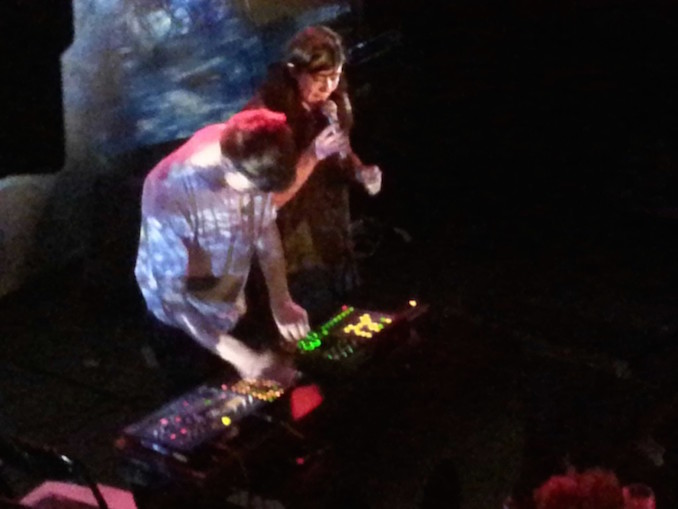 After another brief interlude, Cadence Weapon took the stage and owned it. Fast, assertive lyrics, smooth mixing and effects from the DJ, and boundless energy from both of them. The MC happily leapt into the crowd to perform, and even the DJ raced out from behind the decks from time to time to get out into the crowd and dance. Very impressive, a crisp and engaging performance from both of them. It would be hard to think of a way they could have improved the set. Ordinarily I would say “airhorn samples” but the DJ actually did sample an airhorn from time to time, which is the mark of somebody who knows how to have fun. There’s no doubt that I’d see the act again, and if you get a chance to see Cadence Weapon – do it!

Unfortunately, in order to ensure I made the last subway back homeward I had to leave before the Doldrums could take the stage. Cadence Weapon would have been a tough act to follow, but the hyped up crowd was certainly ready for more action. Given the level of talent on display through the night, I have no doubts that the promoters selected the Doldrums with the knowledge that they’d be able to deliver on those expectations.

The well-attended show was a success by any measure, and the Wavelength organizers deserve a thank you for putting it together. The diversity of styles covered was impressive and enjoyable; I felt as though I was getting a well rounded sampling of what the city’s clearly vibrant indie scene has to offer. I’d happily attend again next year.

And if I come across any of those acts on a flyer in the coming months, I’m likely to check the show out. Perhaps I’ll see you there!

For more information on Wavelength Music Festival check out their website.