Hockey is back today and in anticipation of the event I decided to visit some of hockey’s historical locations starting in Toronto and passing through Kingston and Montreal, before ending the trip in Halifax. These 4 cities all played a big part in the development and beginnings of the game, and over the next few posts, I will visit the points of interest in each location. 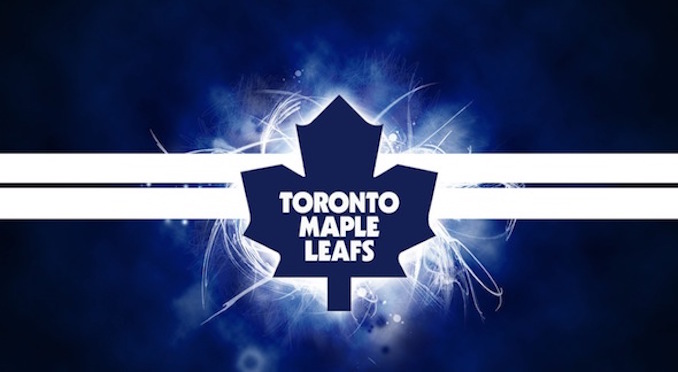 In a previous post we visited the Hockey Hall of Fame here in Toronto where our journey begins (full story).

Toronto is one of the original six teams as well as having the highest valued team at $1 billion.(all team evaluations)

Toronto is the first team to reach the $1 billion evaluation.

Toronto plays a big roll in hockey as it is among only a handful of teams considered to be making“real money” therefore funding much of the league. The 3 most profitable teams, the Leafs, the New York Rangers and the Montreal Canadiens, accounted for 83% of the NHL’s income.

Toronto has 13 Stanley Cup championships which is 2nd to Montreal. These factors make Toronto a great place to start a hockey pilgrimage.

The first journey was over 250 km drive to Kingston, Ontario. The second to Montreal was another 290 km. The final trip will be from Montreal to Halifax which would be another 1200+ km.

For the trip the kind people at Honda let us test their newest CRV Touring edition which would turn out to be perfect for the journey. A smaller sized SUV, the CRV Touring Edition was both amazing on gas as well as being All-Wheel-Drive, perfect for the blizzard I hit. I drove from Toronto to Kingston and then to Montreal on one tank which I paid $58 for at around $1.20 a litre. The vehicle had all the fixings for a long winter journey including heated seats, XM satellite radio, GPS navigation system, storage and moving around space, sunroof, USB plug and Bluetooth.

“Historians are said to differ considerably on the place in which the great Caesar first saw the ‘light of day,’ and similarly in respect to the birthplace of Canada’s national winter sport, hockey. There may be some who still claim sundry and diverse places as being the authentic spot or locality. Whatever measure of merit the claim of other places may have, I think it is generally admitted and has been substantially proven on many former occasions that the actual birthplace of organized hockey is the city of Kingston, in the year 1888.”  – Captain James T. Sutherland

Captain James T. Sutherland was born in Kingston, Ontario and was a founding father of the game of hockey. Sometime called the “Father of Hockey” James was a player until he could not play anymore at which point he began getting heavily involved in improving the game through policy changes or the implementation of existing standards. He joined the Ontario Hockey Association in 1910 before becoming president (1915-1917). He was also president of the Canadian Amateur Hockey Association from 1915-1918. The game he referred to in his quote was in 1886 between Queen’s University and Royal Military College.

James was also a key part of the founding of the Memorial Cup which is the championship in the Canadian Hockey League (CHL). The cup serves to remind us of the men who lost their lives in war. James himself got the rank of Captain by serving in the first World War.

The original International Hockey Hall of Fame was in Kingston, erected in 1943, and then being redone with the building pictured above in 1965. James was a big reason Kingston was chosen as the location and he himself was inducted into the Hall of Fame in 1945.

This is the site today where that building stood. The memorial centre can be seen in the background on the left in both the before and after picture, as well as the slides on the right.

The Hockey Hall of Fame in Toronto opened in 1961 and the Kingston one was taken down recently with plans to move to a different location as the original HHOF. In July 2012, Kingston City Council relocated the collection on a short-term basis to the Invista Centre which is on Gardiners Road in Kingston. The former building apparently had expensive repairs that needed to be done that were out of reach.

The Memorial Centre was home to the Kingston Frontenacs from 1973 – 2008 before they moved to the new stadium downtown called the K-Rock Centre. It has always been a multi-purpose community centre with a pool, water-slides, ice rinks and parks. Now it is mostly used for junior teams, figure skaters and concerts.

For lunch I checked out this cool place located at Ordnance and Sydenham Streets called The Crack’d Pot. I got to say hello to owner Linda Forbrigger whose shop offers great meals with nice cheeses, charcuterie, take-home meals, sandwiches, and various sun-dried goods. Other products accompany much of what they sell. Olive oils, balsamic vinegars, mustards, chutneys, honey, nuts, crostini are chosen with care and displayed in elegance.

The food is made fresh daily and has a menu that changes weekly.

Next week I will be writing about the next part of the trip which will include the city of Montreal where the first indoor organized hockey game took place in 1885 on the 3rd of March. Also we will check out the sites such as the Montreal Forum which was the home of the Canadiens from 1926 to 1996 and many Stanley Cup winning teams. Today the Leafs and the Canadiens will face off in Montreal for the start of the 2013 season.

Take a Historical Trip to the Kingston area

For this travel post we thought we would focus on the historical aspects of Kingston, Ontario and its surrounding areas. […]

Prior to the Toronto International Film Festival in Toronto, when Toronto Fashion Week was just kicking off, we got a […]