Steam Whistle Brewery is having the “indie outsider” January exhibit in their gallery space at 255 Bremner Blvd. in downtown Toronto. Alex Currie aka Runt, the artist behind Lee’s Palace’s mural on Bloor St. West, is curating a show of fellow outside artists. “Hanna Barberic” focuses on pop culture, film, music, urban life, and art at-large.

Currie has redone the front wall of Lee’s Palace a few times since 1987 with the most recent restoration/recreation finished in 2010.

Check out some of the work of fellow artists who will be participating. 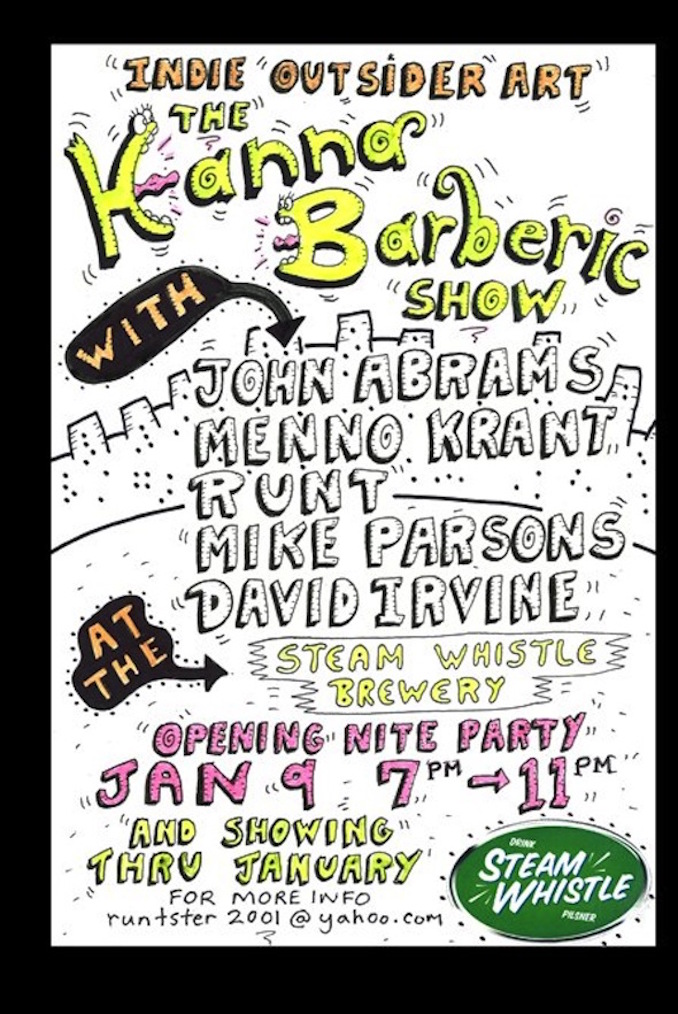 The Glorious Sons are a a hard working rock ‘n’ roll band that play music because it’s in their blood. They […]

Between the good beer, the art-focused events, and the lively people, one thing at the Steam Whistle Brewery is nearly […]

Fight To End Cancer (FTEC) is a local charity I have been happy to support for several years now. What […]