If our Optimus Prime feature didn’t make it clear, LEGO has changed.

Sure, we’ll always have a soft spot for the King’s Castle or the Black Seas Barracuda, or that one blocky ninja turtle we made on our own when we were six, but there’s no question that modern LEGO is bigger, better, and infinitely more interesting than what we grew up with. From stocking stuffers to enormous sets that will induce “what’s-in-the-box-inducing” gasps in young and old alike, read on for our gift guide 2022. 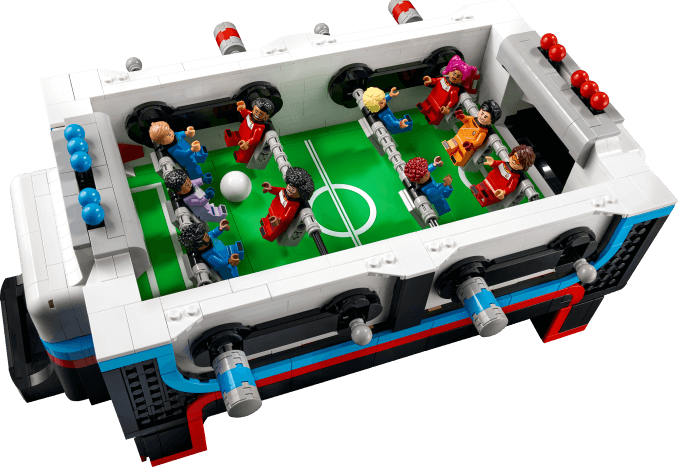 It’s World Cup season, but if you’re looking to avoid all that (horrible, homophobic, exploitative, evil) nonsense and just enjoy some teeny tiny sports ball, check out the “LEGO Ideas” Table Football, aka LEGO Foosball. Apparently, “foosball” is a North Americanism, but whatever you call it, this adorable and functional game table is the type of thing that’s good for a couple of rounds of laughs with friends or family. The intricacies of modern sets, even after we’ve gone step by step through building them, are still something we can’t quite wrap our heads around, but the bottom line is that LEGO Foosball, while much smaller than a standard table, just works.

Those looking for a more refined aesthetic will find much to love in the LEGO Botanicals series, which in recent years has seen the release of LEGO orchids, sunflowers, roses, and even prickly LEGO succulents. And much like those succulents, none of your LEGO Botanicals actually require any watering or maintenance, other than rearranging the stems or, if you’re feeling adventurous, swapping in different coloured bricks to turn your roses blue or green or rainbow. LEGO Botanicals are probably our favourite invention of modern LEGO, making for aesthetically pleasing, adult-friendly decorations that can be displayed without embarrassment.

Totally embarrassing, but nevertheless awesome, is the LEGO Infinity Gauntlet. There are better gauntlets to be had – search Etsy, sort by “Highest Price” – but for our money the LEGO Gauntlet is by far the most ridiculous…ly cool, not to mention surprisingly affordable at $79.99. While the infinity gems don’t actually glow, nor can you wear the gauntlet like a glove, you can move the fingers into any configuration you please. That includes posing your Gauntlet in a “snap” or, y’know, however else you might be inclined to arrange your fingers, perhaps when driving? 😉 The whole LEGO Marvel line has, much like Disney stablemate LEGO Star Wars, proven a resounding success, with wonderful sets ranging from affordable “showdown” setpieces lifted from the comics or movies to high end builds like the Gauntlet or Thor’s Hammer. 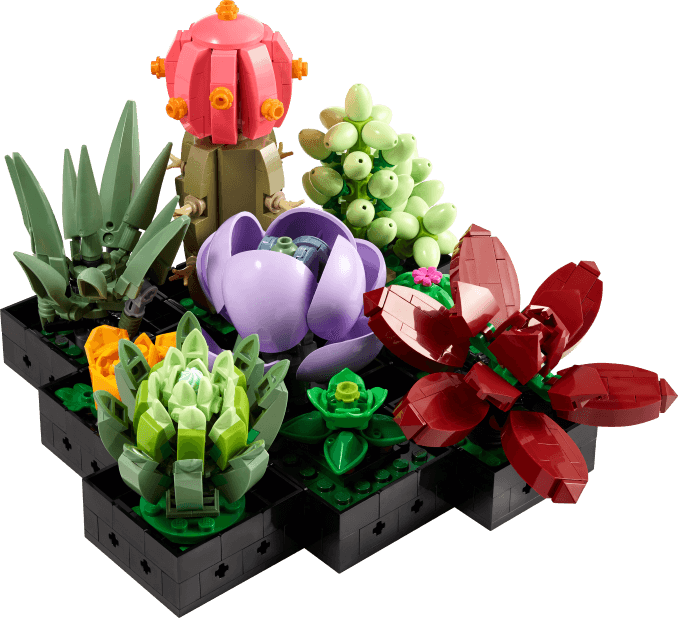 However, the single most impressive construction, the single best toy of 2022, is the recent LEGO Optimus Prime. As kids, we never quite understood how Transformers worked. Adding LEGO into the equation, it actually hurts our brains. But at least when you accidentally snap off a limb in frustration, with the LEGO version it’s easy to snap right back in place. If you’re going to gift one LEGO set this year, Optimus Prime is the way to go.

Looking beyond the holiday season, 2023 will see the release of a few new original, tie-in, and “LEGO Ideas”-brand sets. James Cameron’s Avatar is back, following a thirteen year absence, and there’s a wealth of LEGO Avatar sets on the horizon. None can compare to the existing “3-in-1″ Sharktopus, but fans – are there Avatar fans? – can look forward to some nifty underwater-themed sets. Over in Nintendoland, the LEGO Super Mario theme continues to expand with several new characters and “stage” layouts. And while the LEGO Ideas 2023 winners have yet to be officially confirmed, we’ve got our eyes on this Great Wave, the “Mimic” Treasure Chest, and these lovely Insects. Wishing you a brickified December from your friends at the Toronto Guardian, happy holidays!

Browse – and vote! – on “LEGO Ideas” concepts here. Winners will be turned into official releases.

Creative Summer Camps in the City!

So, you’ve lost track of time and, if you’re like me, you’re in panic mode. Yes, summer is mere weeks […]

One of my favourite past times of my childhood growing up in Toronto was going to Ontario Place. Often dwarfed by […]