Hunter Collins is originally from Montreal, but is currently living in Toronto. This bilingual performer recently finished an Australian tour and has graced the stage at festivals such as JFL42, The Halifax Comedy Festival and The Edinburgh Fringe Festival. We spoke with him to find out more about his comedy style, influences and projects. 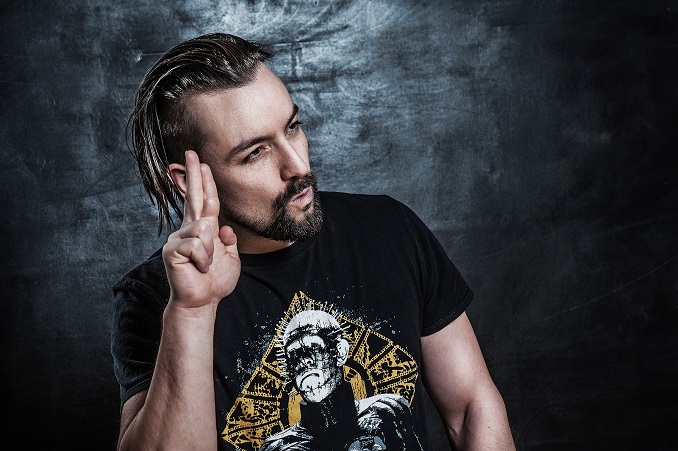 The kind of comedy that makes an audience member fondly nod and think to themselves, “This guy says things others are afraid to.” Then the nod morphs into a bewildered head shake because this person has just realized, this is probably the best night of their goddamn life.

The true masters: Dave Coullier, Margaret Cho, Cal Post and above all, comedian Ant. Boy, what I wouldn’t do to get them all on one Hollywood Squares episode. Sadly, they’re all dead.

Basically, any comedian who says something boring and then thanks the crowd for coming to their TED talk.

There was this one venue where it was pretty cramped inside but the temperature was just right. All the giggles and shrieks were coming at exactly the right moment. You had to pay five bucks to perform, but that didn’t bother me.

That location was the mother of whoever’s reading this.

I wrote this bit where I say “Thanks for coming to my TED talk” every time I peddle out some facile musing that the audience loathes. And I love it because judging by how many other comedians use it now, they must all think it’s highly original too!

I don’t go looking for comedians because I don’t think I *like* comedy anymore. We have to normalize that. Do you think every bomb defuser loves bomb defusing? No! Every day might be their last. Do roofers enjoy roofing? No! It puts frozen burritos in the freezer and meth in the pipe and that’s good enough.

I don’t come down to your job and demand you give me 20 headlines and a listicle!

A literal child comedian from Ontario named Precious Iz followed me a while back. I’m legally prohibited from following minors, but here is her YouTube handle. Give the tyke a boost, eh? Every single other comedian I could name is an impossibly shameless, self-destructive cretin unworthy of even a most basic modicum of graciousness. Anyway, thanks for coming to my TED talk!

Dave Burke is a Toronto-based stand-up comedian. He recently taped the CBC TV Gala at the 2022 Winnipeg Comedy Festival. […]