Jay Feelbender (alias of Toronto-based musician Jacob Switzer) is the alt-pop glow-up of your dreams. Though newly flying solo as Jay Feelbender, he has been sharpening his skills since he was 16 in bands such as Goodbye Honolulu, Luna Li, Creep Creep Beach and HeadSpace.

Jay Feelbender himself is an amalgamation of many influences. First, growing up in the Toronto alt-folk scene as the child of musician (John Switzer) with Shirley Temples at the bar and naps behind the drum kit. Then entering high school and forming rock band Creep Creep Beach with a group of high school friends (practicing in the garage and shows at DIY venues). With some of those same people, creating what is now the alt-rock band Goodbye Honolulu (performing for thousands opening for Spanish rock band Hinds on U.S tours and touring Canada alongside Luna Li). Jay Feelbender draws on all the influences, from childhood to now, that have shaped his musical and personal identity.

Jay’s music paints a portrait of the journey through an artist’s young life. From the fun to the fragile, the introspective to the explosive, Jay Feelbender feels it all. 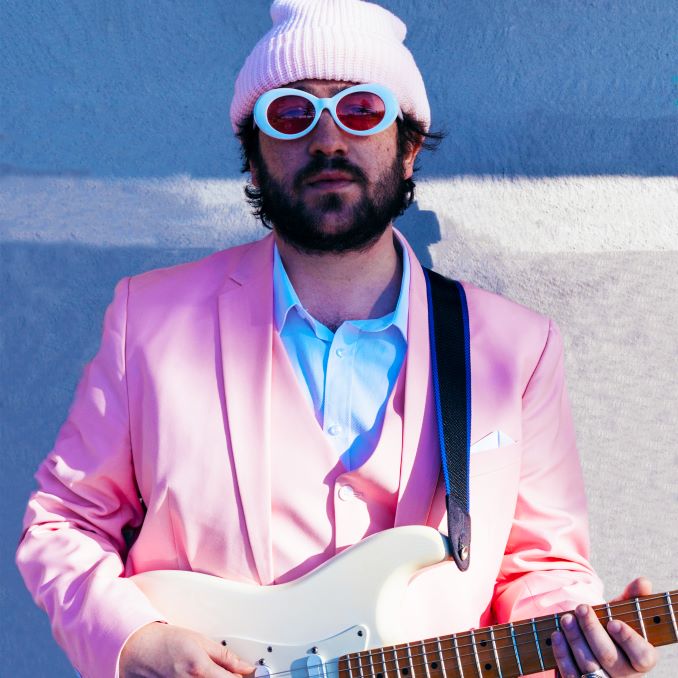 I have two releases out already on Bandcamp, but what I consider to be my first official EP is coming out March 2022!

The Killers was the first band I bought a ticket to see. (Well I got my dad to buy the ticket…)

Shake It Up – Trippie Redd

Shouting my favourite songs backstage, and a shot of whiskey.

Although I’m dropping an EP soon… as a consumer I enjoy a full LP. When I really like an artist an EP never feels like enough. Maybe that’s the point though, keep us wanting more.

I’ve always enjoyed creating in the studio more than some of the stresses of touring. I do really enjoy performing though.

Soos on Ossington. The “Feed Me” Multi-course shared meal is wildly good.

Ramsden park near where I grew up, or High Park cause I always find something new to explore there, and new inspiration.

The Danforth Music Hall was a fun one to play.

Paul’s Boutique in Kensington. I have a few friends who work there, there’s a great selection, and it always feels comfortable to sit down and try instruments, which is rare in music stores.

ZINNIA is the Toronto-based synth-pop project of Rachael Cardiello. With layered synth and driving beats, ZINNIA brings an explosive range […]