Canadian Indie-Pop/Rock artist Bex is an incredibly powerful lyricist who uses her vulnerable songwriting as a form of therapy – for both herself and her listeners. Combining her emotive and relatable messages with Pop/Punk melodies and minor electronic elements, the rising artist has drawn comparisons between her and the megastars of the early 2000s pop-rock and pop-punk scene.

She has already played several acoustic shows at popular venues across Toronto including Free Times Café, C’est What and the Painted Lady, and has made her mark by performing at several of Toronto’s most celebrated music events, such as Canadian Music Week, the Queen West Art Crawl, and the RAW Artist Festival.

Bex’s songwriting skills earned herself a highly coveted placement on Sirius XM’s ‘The Verge’ and a spot at a Top 10 Finalist in the Toronto Deputy Mayors Online Talent Search. She fosters her special relationship with her fans by connecting with them virtually, performing her songs via Livestream, and was voted in by her dedicated fans to perform at Session’s Live Idol Showcase. She currently streams weekly on the Volume platform.

Bex’s latest album “Startrails” is mostly the result of a self-directed challenge to write one song every day throughout the month of April 2020. After refining and performing the songs for fans through live music streaming platforms, Bex teamed up with producer James McLeod to produce the album, Luciana Santaguida for extra vocal production and Shaan Thiara to master the album, all in in the city of Toronto. The relatable lyrics and updated version of the late 90’s Pop/Rock sound, have set “Startrails” apart and will be sure to delight her current and soon-to-be fans, alike. 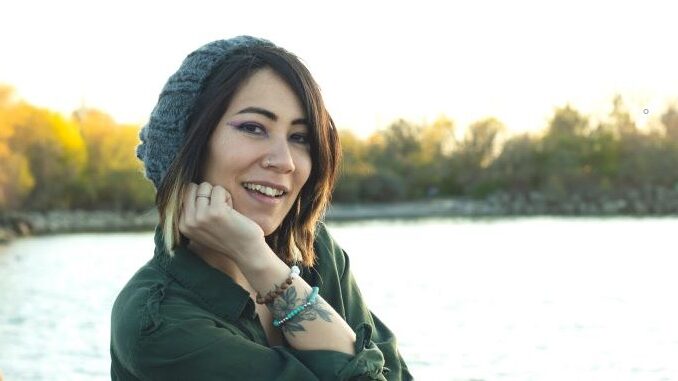 Either Michelle Branch or Avril Lavigne

I love playing an acoustic cover of Justine Bieber’s “Baby,” but tends to have a love or hate response! Haha

Before show deep breaths and hugs

Lots of love and admiration for the musicians involved in the latest album – Luciana Santaguida, James McLeod and Shaan Thiara.

I haven’t really experienced a big road tour yet, so for now Studio!

I’m currently streaming live shows weekly on the Volume platform but in the middle of planning a potential live tour for the summer of 2022 for the “Startrails” album.

Bluffers Park is stunning all year round

Press Vinyl Cafe on the Danforth

“A Day in the Life” with local Toronto creative Lucas Young

Designer and artist, Lucas Young, is a 24 year old fuelled by the creative pursuit and an undeniable love for […]

MELANIE? Is one and everyone. She is an artist and a community. A continuum of compassion, empathy and rock and […]

Born in a small suburb just outside of Toronto, Loren Aronov was raised in a large household of music lovers, […]