Versatility is the defining trait of Jeff Eager’s talent. The character and range of his voice, the pocket of his guitar playing, and his approach to songwriting and arranging seem to move effortlessly through genres. Soul, rock, funk, pop, R&B: Jeff Eager knows and combines all these styles with authenticity. Add to this a commanding stage presence radiating experience and charm; it’s clear why Jeff Eager has secured a reputation as one of Canada’s most dynamic musicians.

Being so musically diverse has led Jeff Eager through a career of varied and exceptional experiences. As a guitarist, Jeff’s years of work with recording artist Elise LeGrow (S-Curve/BMG) has taken him across the continent from Hollywood to Halifax. Elise and her band performed at the 2018 International TED convention in Vancouver and did a European tour opening for pop legend Rick Astley.

In 2014, Jeff Eager independently released his first album, Bonavista, and performed original shows at the TD Jazz Festival, Burlington Sound of Music Festival, Trius Jazz Festival, and as a guest star at Sean Jones’ Soul in the City at Casa Loma, Toronto.

Today Jeff Eager is hard at work on his second full-length studio album. With seven years of life and career experience between his works, Jeff is bringing a very different perspective to his art this time around. Chasing no trends now and leaning strongly into the timeless artists that influenced him, this album is a wealth of classic song-writing: strong melodies over moving chord progressions, with lyrics that tell a story, rich instrumentation, arrangements, and plenty of hooks! Jeff is leaving a contribution to the golden age of analog music (despite the inability to time travel!) with an album that sits comfortably in a record collection next to Prince, Earth Wind and Fire, Elton John, Chicago, Supertramp, Michael Jackson, Peter Gabriel and Hall & Oates. 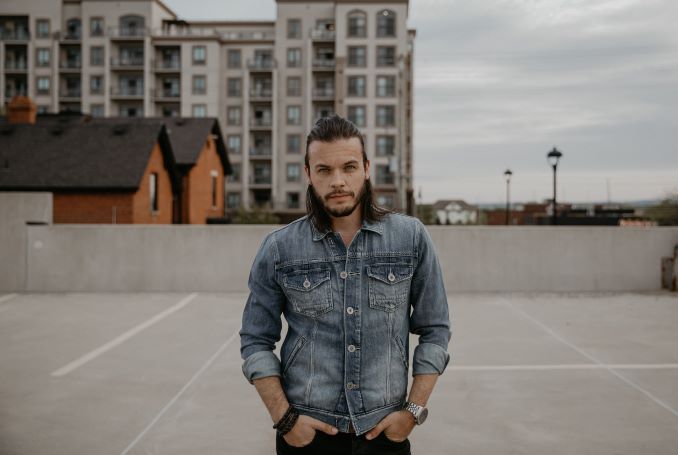 Let’s say 2007, as it was the last year that I held another job. It’s been “musician” ever since.

The first artist to capture my imagination was Michael Jackson. (as the second line in “I Don’t Dance Anymore” alludes to …) When I started to play guitar around 13 years old, Led Zeppelin quickly became my favourite band throughout my teenage years.

It hasn’t changed – the greatest is Michael Jackson. Even after spending my youth pouring over Led Zeppelin, Queen, and Lenny Kravitz riffs, I came back to MJ in my gigging career, now performing songs live that 8-year-old Jeff would lip-sync to in his bedroom.

There’s a lot of Disney music in my house (being a father of girls) and you know the songwriting is just top notch! Personal favourites: Love Is An Open Door (Frozen), Reflection (Mulan), How Far I’ll Go (Moana)

I don’t have any specific rituals. I do try to remember what my friend Shawn Brady (Toronto-based singer) told me, that the stage is a sacred place. And “the stage” can be an arena for thousands or the corner of a pub where they moved a table for the musician. It doesn’t matter, you still approach the stage with gratitude, ready to perform and entertain.

There are so many fantastic musicians in the GTA. If you ever get a chance to watch Chris Rouse do his thing, you’ll see a person who has spent decades living in the music of Prince, Sly Stone, and Stevie Wonder. I’ll add Wado Brown as a favourite of mine, too. You can catch Wado backing up many different artists, but when he takes centre stage and leads a band … wow!

Night owl. Even after gradually moving from ‘single life in the city’ to ‘husband/father in the suburbs’, I still can’t go to bed early.

I’ve always been a live player, that’s what I enjoy most. Road over studio.

Check the two new singles! Which is more your style? Let me know. As I spend the winter months finishing up the full album, you can still find me gigging around the GTA. Go to jeffeagermusic.com for dates.

Shout-out to Naomi and Studebaker in Burlington. We discovered the food doing take-out during the pandemic lockdown, and later discovered they host live music.

I love the peaceful drive up Guelph Line north of Dundas. Travelling to Guelph and Kitchener/Waterloo for gigs or sessions or to visit friends. I always enjoy that route, the greenery, windows-down, fresh air.

Bronte Creek Park – the trail along the ravine is a beautiful place to run.

I’m not sure what we have here in Burlington, I’m sorry to say. If anyone knows a good record store here, shoot me a message!

Bryan Bravo is a creative, artist, singer, rapper and songwriter from Toronto. He developed a passion for writing lyrics and […]

MELANIE? Is one and everyone. She is an artist and a community. A continuum of compassion, empathy and rock and […]