Yan Simon is a Toronto-based indie-pop artist, singer-songwriter and composer.

From ABBA to Lady Gaga, and from Elton John to Muse, Yan finds musical inspiration in many corners of the pop-rock realm. But his true inspiration lies within empowering others to celebrate who they are and transforming difficult experiences into strength. Yan Simon’s songwriting and performance style are influenced by his classical piano training, his love of lyrical storytelling, and theatricality.

From 2017 to 2019 Yan has written an 11-song soundtrack and piano compositions for original musical theatre productions, and in 2020 he started working on an album.

Though he embarked on his solo career relatively not long ago, Yan has released his debut album of 9 tracks and has performed in Toronto venues such as The Drink, and the Free Times Cafe, as well as virtually in the ‘Buy Local’ concert series hosted by Star Pow-r.

When the live performance wasn’t possible at the height of the pandemic, Yan has been doing weekly online shows on Facebook, where he played acoustic versions of his original songs, as well as covers. 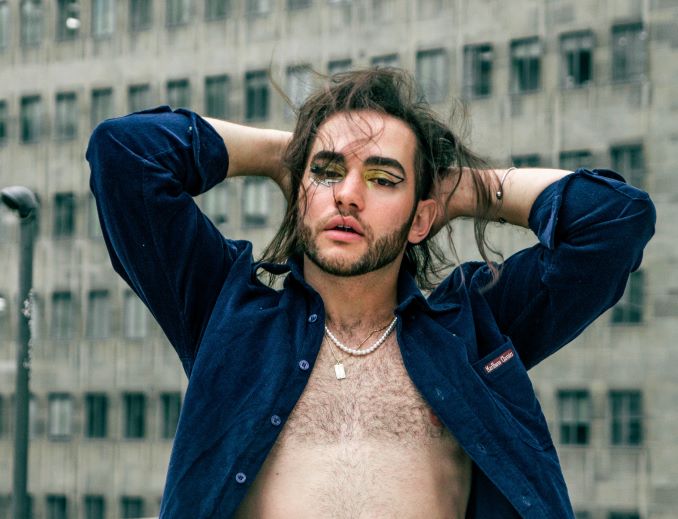 1.5 (A debut album titled ‘Are There Any Rules?’ and a follow-up EP titled ‘DAYDREAM’.

Still Lady Gaga. There are others I love and admire, but she’s still on the top for me. Over a decade of being a little monster!

You should never feel guilty for enjoying a song, so I don’t have one 🙂

Imagining that my grandmother is in the audience. When I did theatre, it really helped calm me down. She was a music teacher, so she really understands the pressure that comes with performance, and she always knows what to say to help me stay focused. She can’t always make it to a show but thinking about her being there helps me a lot.

The one and only Melotika! Even saying her name is fun.

Depends on the content! Size (or length) really doesn’t matter here, in my opinion.

I enjoy both! Though probably not on the same day. There is beauty in waking up at 6 and going on a run, but also staying up really late and really enjoying the night.

I haven’t had the chance to tour yet, since I only started in 2020. But I’ve been imagining what it would be like to perform at a different place each night and meet new people and other artists, so I’d choose the road for now!

I’m performing at the Tune In Fest in Milton in a few days, which I’m very excited about. It’s an Indie Music festival, and I get to share the stage with awesome local artists, and it’s going to be spectacular. I am also focusing on releasing singles now, with ‘Hero’ being the first. I already have a new single ready to be released, so stay tuned 🙂

I honestly could not choose one. I tend not to go back to the same place over and over. I much rather try a different place every time.

The section on Yonge Street between Sheppard and Finch. That was the neighbourhood I went to high school in, and I have a lot of very positive memories associated with that area. I don’t think it will ever stop feeling like home.

That’s a tough one because it changes quite often for me. For now, I’d say it’s the Beltline Trail.

Lula Lounge! I took a jazz dance class there once. You don’t forget something like that.

Hmm…does AllStar Wings count? It’s just the best wings place I’ve ever been to in Toronto.
They have such an impressive and unique selection of sauces, nobody can compete.