Our review of Battlefield 2042 developed by DICE. Available now for PS5 (reviewed), PS4, Xbox X/S, Xbox One, and Windows. 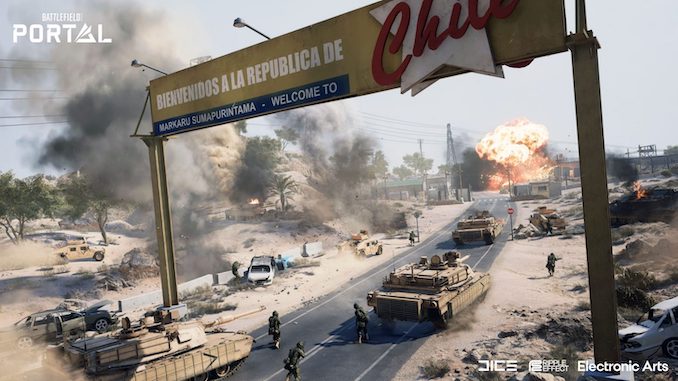 It’s frustrating but decent in places. 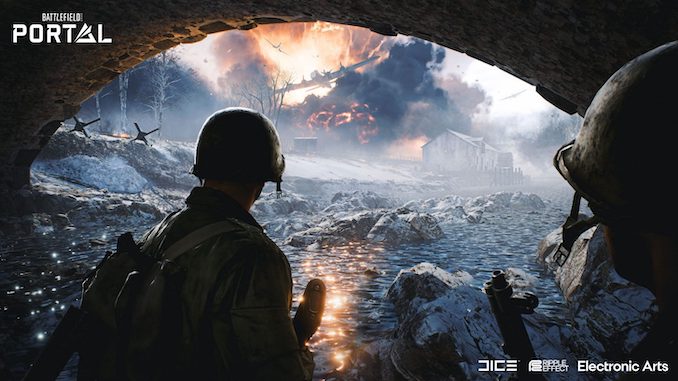 The opening “tutorial” of Battlefield 2042 is so lacking in actual tutorial content that it’s practically incomprehensible. You’re dropped into a Conquest-style mode with the vaguest of instructions to target “zones”, a confusing bevy of waypoints which make it impossible to tell where to head, and zero in the way of control instructions. AI-controlled enemies all roll out with tanks and helicopters; you get a piddly little ATV. Unsurprisingly, you die a lot. Sure, returning Battlefield players may find this old hat, but it’s a strikingly alienating approach to a game that enters a very crowded landscape.

Once you get online, Battlefield gets better, though problems persist. It does a poor job of incentivising players to stick together, meaning you’re often stuck going it alone. Re-deployment times are frustratingly long (I shouldn’t have to wait seven minutes before I respawn!), and, again, objectives aren’t always clear. The best strategy is to find a player with a higher experience rating than you, and chase them around until you figure out what’s happening.

Battlefield 2042 is here, bringing the formerly WWII-era series into the future. It’s not necessarily the Battlefield you know and love. 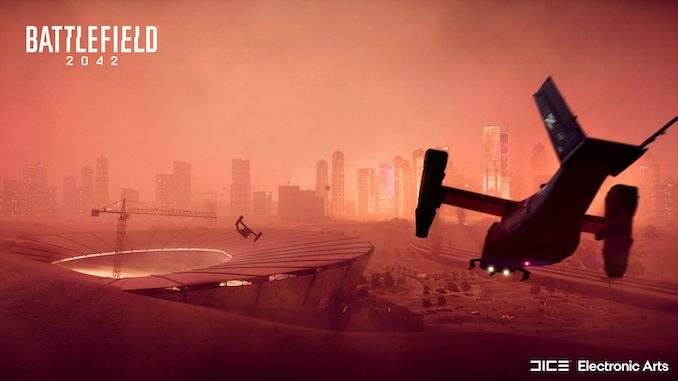 The Battlefield series has long aspired to be the earthbound Halo: big, wide open maps, a plethora of vehicles to choose from, impeccable FPS gameplay, and an emphasis on teamwork. It’s a model that, blasphemer that I am, I’d argue the Star Wars Battlefront series perfected years ago – but then I’m no FPS god, so what do I know. Past Battlefield games have also, like Halo, run players through a single-player campaign with arena-style gun battles that mimic multiplayer. Oddly, Battlefield 2042 is lacking any single-player campaign at all. And, just like the last Call of Duty to omit single-player, it suffers for it.

What 2042 does have is support for up to 128 players at a time, albeit in two dispiritingly similar modes – Conquest (the aforementioned tutorial) and Breakthrough, both of which more or less amount to battles over control points. There’s also a slightly more interesting Hazard Mode, where your team has to track down data drives. Here you’re up against opposing multiplayer (real player) teams, as well as enemy AI who defend the data drives. It’s the closest you’ll get to feeling like a squad going up against the odds. 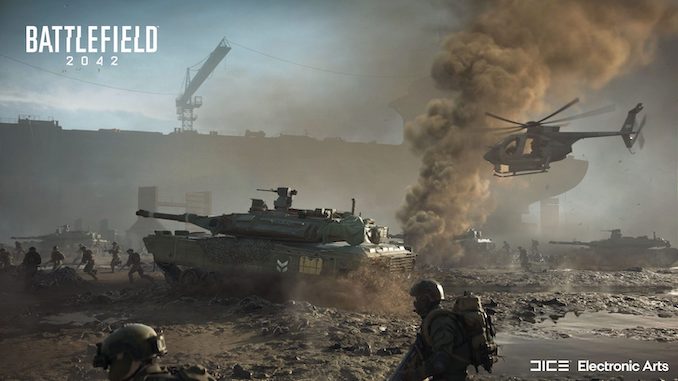 2042 certainly looks the part. The stages, from a sandstorm-ravaged Doha to a semi-abandoned Antarctic oil operation, are beautiful, epic, and have neat gimmicks, like the “Orbital” map which has you fighting in and around a rocket launch site. The combat can also be satisfying, though the weapons lack some of the “oomph” or wow factor you’d expect from a game set in the near future. When your teammates actually behave, it can feel very cool taking down a crew of enemy combatants and stealing a capture point – provided you aren’t wiped out in the process. (See above, re: seven minute respawns.) It’s also very cool when you see an army of 127 of your fellow soldiers descending en masse to confront an enemy battalion. It’s pointedly not a Fortnite-style battle royale (there’s no “last person standing”), but rather a simulator of army vs. army, albeit one where both armies are extremely disorganized.

I was sad to discover, on boot-up, that 2042 lacks a single-player campaign. Some light scripting can do wonders for an FPS, and it’s normally a good way to learn the basics before hopping online. 2042 is resolutely online, and can be overwhelming for the uninitiated. It took me a while to get into the swing of things, though I do see the charm, especially in the truly epic 128 player matchups, and in those data drive missions when your team is paying attention. That said, other, wiser, more experienced players have already highlighted a litany of problems with this particular Battlefield, from its broken class system, to its inconsistent aiming system, to the paltry number of maps at launch. (Pre$umaby, DLC is incoming.)

Unfortunately for Battlefield we live in an era of online shooters, with new Call of Duty, Halo, and others already out or on the near-horizon. 2042 isn’t bad, and it can be fun. But the “future” branding – welcome to 2042! – has me worried if this is really the future of this series.

Our review of Mario Strikers: Battle League, developed by Next Level Games. Available now for Nintendo Switch. WHAT IS IT? […]