There was a hint of fall refreshness in the air recently when I was making my way to the Metropolitan Community Church. It’s a street I’m all too familiar with just steps from the busy storefronts and restaurants of Broadview and Gerrard. My grandparents lived on Simpson Avenue when they arrived in Canada in the 60s around the same time this church opened. The tree-lined street is where the church is still located after all these years and is one of the venues for the city’s most intimate Candlelight Concerts, organized and produced by Fever (Toronto). 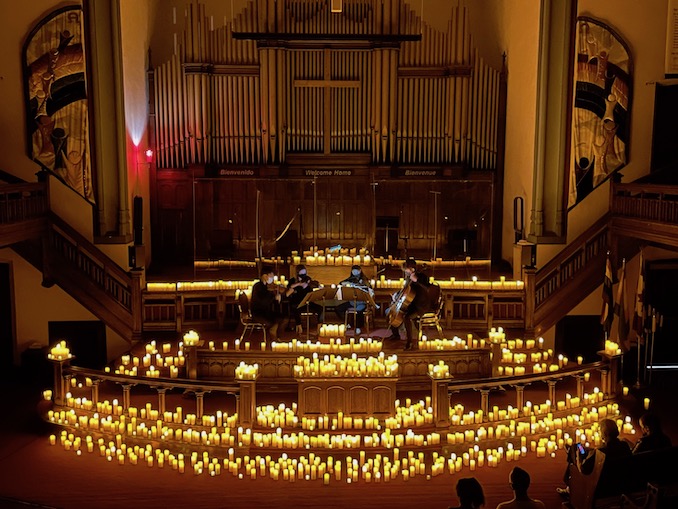 I had first caught wind of Fever Toronto’s Candlelight Concerts this past year when stunning images of musicians surrounded by candles kept popping up on my social media feeds. I marked it for future reference waiting for the right time to safely return. The idea of attending a beautiful concert in a unique venue is something I will often seek out…but surrounded with candles? That would be dreamy! So, when they began returning to in-person performances, I moved swiftly.

Fever’s Candlelight Concert organizers have created a network of musicians including talented local musicians in various cities around the world. The idea was to create a platform for artists and to create new opportunities for them. They also wanted to make cultural experiences more accessible. “Candlelight Concerts are known for bringing classical music out of traditional concert halls and into unique venues that form part of each city’s cultural heritage. We have hosted performances in incredible venues globally, from Cathedrals to beaches and even under the wings of a Concorde,” said a Fever representative. 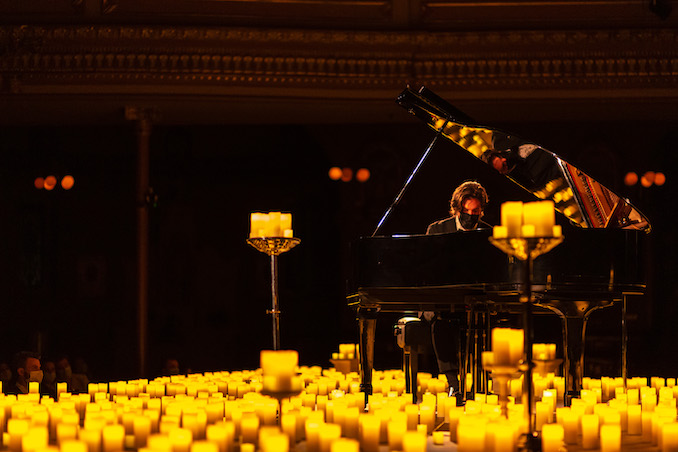 A quick glance at their site and you’ll find a line up of concerts coming up. Each concert features local, world-class musicians. The concerts are themed either by composer (recent examples include Vivaldi, Mozart, Chopin and Beethoven) or by a particular seasonal genre (including epic Hollywood scores and Halloween is a very popular one). I had attended a Beethoven-themed performance by members of the Listeso String Quartet. I noticed another concert coming up on November 6 featuring R&B singer Maeta (Roc Nation) at The Concert Hall. Typically the list of songs performed are included on the site. Concerts are often about one hour long. Ideal for a date night or a perfect break from your screens.

When the Candlelight Concerts launched during the pandemic it wasn’t too far from their original plans. Offering experiences that were created for a smaller audience meant they could adapt to constantly evolving regulations fast. Now in-person concerts can safely resume,  tickets are sold ahead of time online, vaccine checks are in place at the doors and masks are worn indoors. Audience members are socially distanced meaning more leg and elbow room for everyone. Quite frankly, it’s an ideal time to get out if you’re comfortable. Given the area, it’s even worth visiting a local restaurant in the neighbourhood to complete the evening. My friend and I went to Batifole for authentic and delicious French cuisine on their pretty hidden patio that is located around the corner from the church after the concert.

The concerts are for everyone, whether they have experience with classical music concerts or not. They tell us the Candlelight demographic mirrors the users of the Fever app.  Around 70% of our users are between the ages of 18 and 40 years old. You won’t have to worry about how well-versed you are with the songs. The musicians will introduce each piece sharing some insight into the works as well as the composers. So, it’s great for those who are new to classical music as well as those who are more experienced. Like the church itself, there is no judgement here and all are welcomed.

By the way, they aren’t just offering concerts. In other cities, Fever has started offering dining experiences such as Dining in the Dark where guests have dinner in a unique way without relying on the use of sight to elevate their meal to a whole new level. In the next few months, Fever will bring more “Fever Originals” experiences in Toronto like immersive exhibitions, interactive theatrical experiences, festivals, and pop-ups bars. Stay tuned! 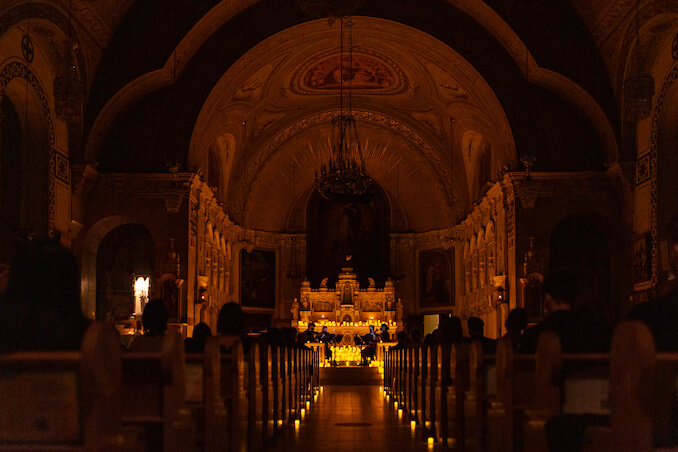 Fever is a global entertainment discovery platform offering over 60 million people worldwide including Torontonians the opportunities to discover unique experiences within the city and with local, world-class artists. It was first founded in 2015 and has become a popular in over 80 major cities including New York, London, Paris, Madrid, Sydney, Montreal, Ottawa and more. If you’re interested in attending their concerts, schedule can be found here.

D.O. Gibson has defied the odds as a rapper from Canada, becoming a certified international artist, a successful record label […]