While browsing the Toronto Archives, I often come across some great photographs of police officers from Toronto’s past. From accidents, to concerts, social events and crime scenes, these cops were on hand to serve and protect.

If you are interested in finding out more about the history of the Toronto Police, see our article and visit The Toronto Police Museum & Discovery Centre in downtown Toronto. It is a not-for-profit that is funded through guided tours, sales from their Gift-Shop, and from requests to do historical research. 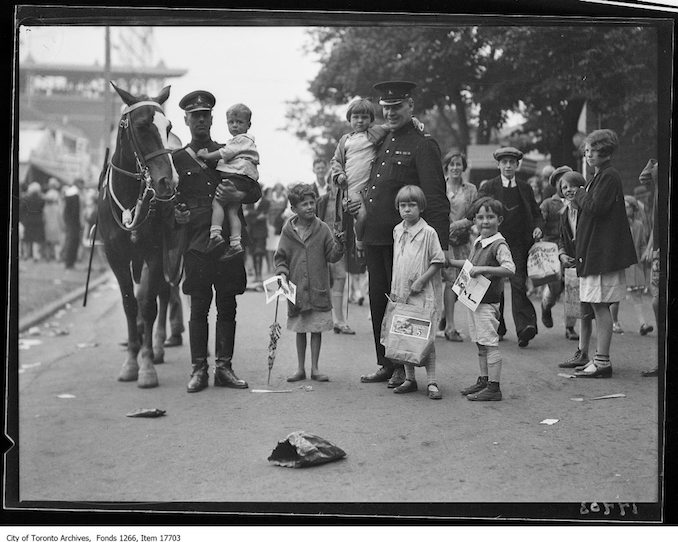 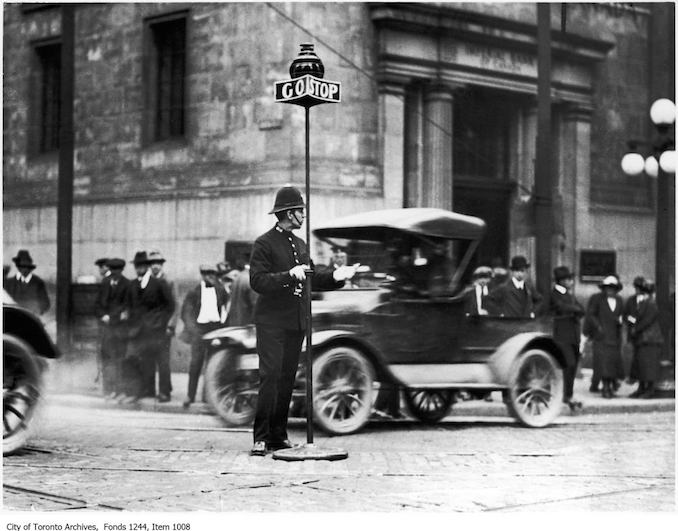 Police motorcyle division. – [between 1926 and 1930] Chief Draper is at right. A researcher has identified the location as 69 Dundas Street West, east of Police Station 2, which was at #75-85, between Yonge and Bay streets. 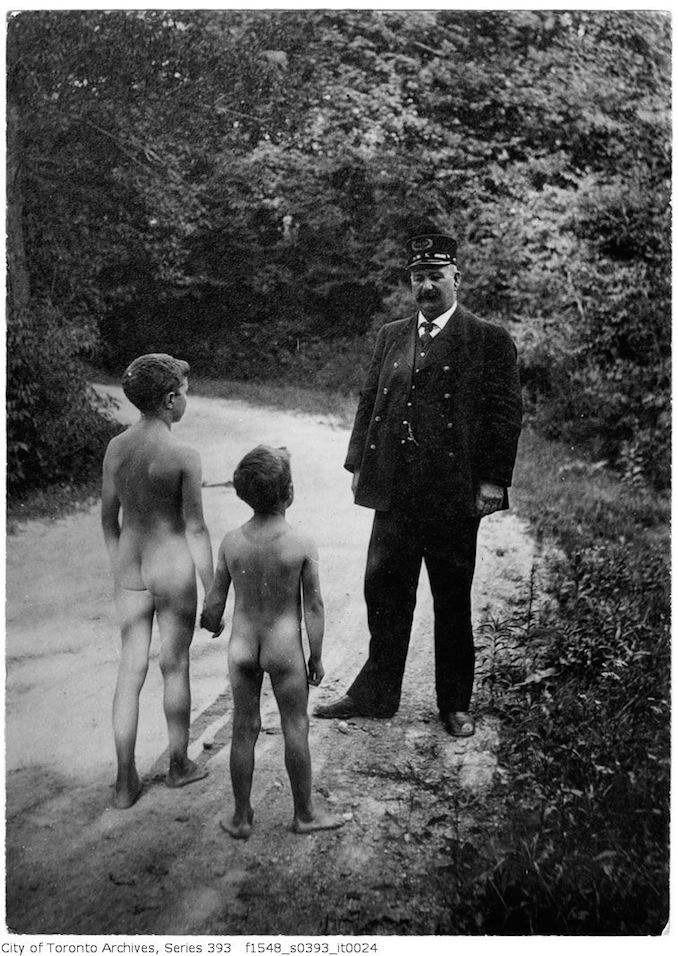 Police officer and (naked) boys on road before 1940 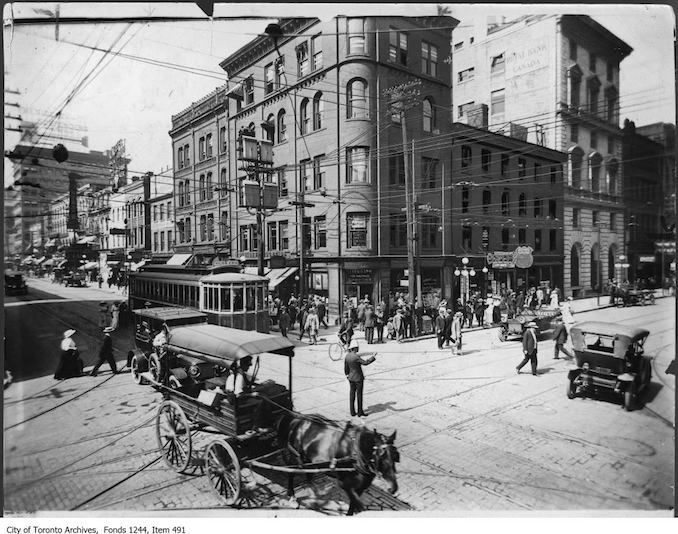 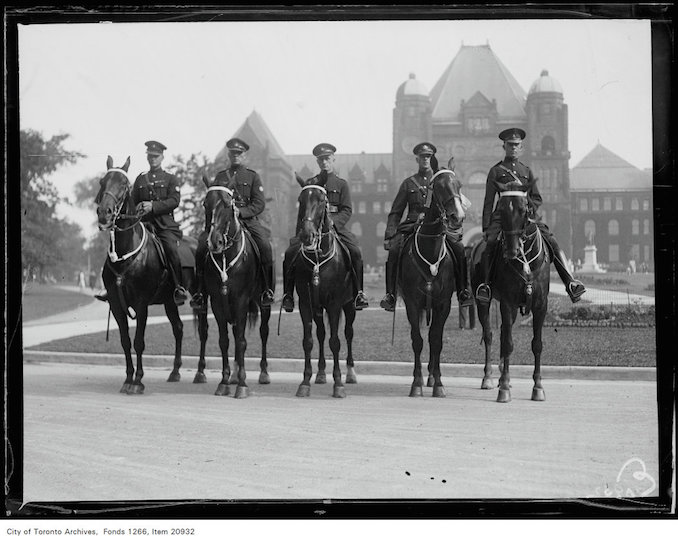 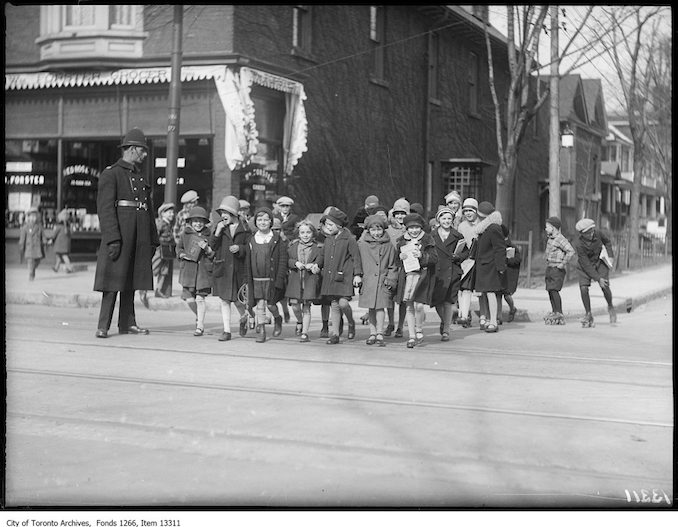 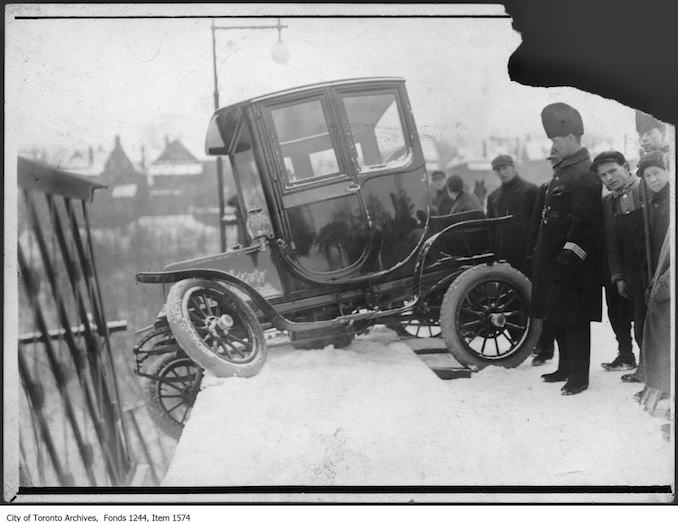 Toronto Police Museum & Discovery Centre is located in the lobby of Police Headquarters at 40 College St. It is […]

I was browsing the Toronto Archives again this weekend and put together a collection of vintage Toronto winter photographs ca. […]

This week, I was browsing the Toronto archives for vintage restaurant photographs. I love old signs and seeing how the […]