For this feature we had the chance to catch up with seasoned Toronto comedian and published author Sean Browning. 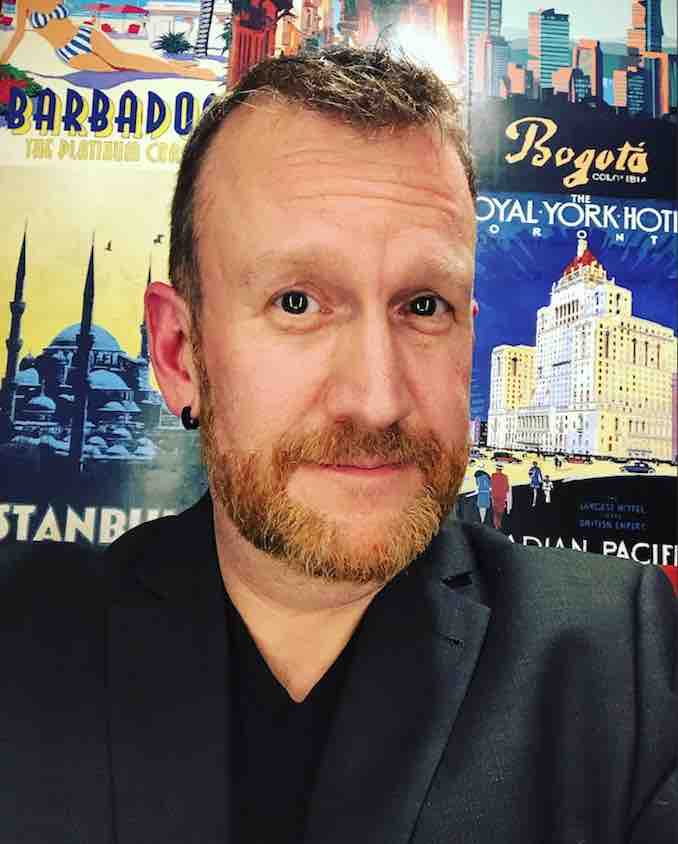 Someone once described it as “listening to metaphorical gospel written by a toddler”. I don’t know exactly what that means but I 100% agree nonetheless.

Well, more of a “comedic actor” than a comedian…but I may have been the only child with a picture of Richard Mulligan (Soap) on my wall. I like someone that can make me cry just as easily as they can make me laugh. He is actually what made me want to be an actor.

I’m not sure I have a favourite, but I do enjoy John Mulaney. Both wicked and adorable. Also Hannah Gadsby and Tig Notaro can do no wrong in my book. In book form, Stephen Fry, David Wong and the late great Douglas Adams still make me giggle and awe.

It regretfully used to be booze and cigarettes, but I’m too old for that malarkey now. So now it’s putting myself down to fellow performers so that they are pleasantly surprised when I’m not as bad as I have hyped myself up to be. That sounded kinda sad. Oh the self-esteem of a foggy human.

Performing at The Tim Sims Playhouse at the old Second City. Man, do I miss that room. I once ate an entire Deep and Delicious frozen cake on that stage while doing sketch. I was so sick afterwards and so happy.

I love discovering new (to me!) comics doing specials on various Netflixy-type thingies. There is a name for those thingies that doesn’t make me sound old, but I’m too lazy to look it up. I watch them with my 15-year-old daughter LiLi. We bond over comedy. She introduces me to some great new stuff, and I get to share some classics. It’s one of my favourite things in the world.

Yes! Thanks for asking. I wrote a darkly comedic sci-fi novel (reviewed as “Douglas Adams on crack that occasionally made me cry”) called “I Don’t Seem So Bright in a Well-Lit Room”. It was published (paperback and eBook) by Story Well Publishing and you can order it from Chapters, Amazon, etc.

Oh hot diggity. Well, my sketch comedy partner Matthew Reid just so happens to be an amazing composer. PLEASE look him up on Spotifyer or Applething or YouToob or maybe somewhere you can pay him large amounts to listen to his music. Also, the funniest human I ever met and greatest improviser of all-time is Jan Caruana and she now has an internet thingie called twolittlesandwiches.substack.com.

Hmmm…probably something about our place in the universe and all the ridiculousness we believe to make ourselves feel more important. More terrifying than funny, but perhaps the biggest joke nonetheless.