For over three decades, Joey Serlin and Daniel Greaves have been making music together, most prominently as the creative force behind The Watchmen, one of Canada’s most successful and beloved rock bands. Now, the pair has started a new chapter as Serlin Greaves, and is taking their creative partnership into previously unexplored territory with their debut album Sad Songs For Sale.

With 12 songs divided almost equally between high-energy melodic rockers such as “Teenage Heart” and “Porch Light,” and beautifully introspective acoustic pieces such as “Love You Less”, “At Home”, and “Seasick,” Sad Songs For Sale presents Serlin Greaves as they’ve never been heard before.

After refining most of Sad Songs For Sale during writing sessions at Motel Bar, the watering hole Daniel owns in Toronto’s Parkdale neighbourhood, work shifted to Joey’s Vapor Music studios where the album was recorded by Ryan Chalmers, who also played drums, with bass provided by Dustin Anstey. The end results show Serlin and Greaves at the top of their game, both as musicians and songwriters. That’s saying a lot, given the duo’s past body of work, which has earned multiple Gold and Platinum-certified status, along with multiple JUNO Award nominations.

Serlin Greaves’ Sad Songs For Sale is more than a gift to those listeners who have stuck by them all these years. It’s also a testament to a lifelong friendship rooted in the timeless spirit of rock and roll. 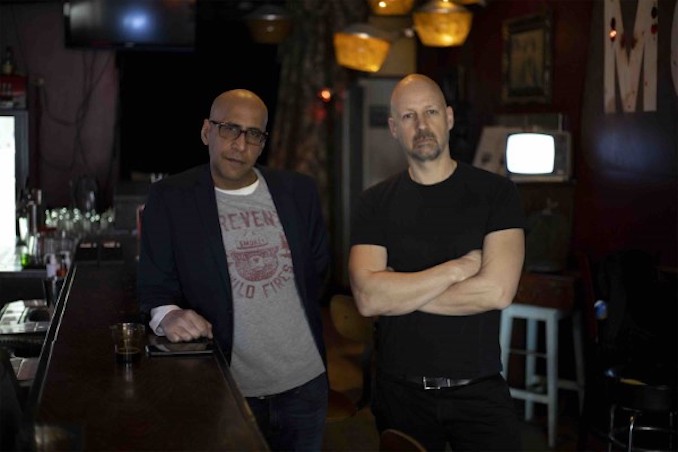 Latest Release: Sad Songs For Sale, out May 28, 2021
https://album.link/sadsongsforsale

JS: Van Halen, The Who

DG: Theme from The Backyardigans

JS: All Out Of Love – Air Supply

JS: Warm up on guitar, push ups, one whiskey