The company that I refer to as creating the gold standard of portable flower vaporizers, PAX, has released their latest device, the PAX Era Pro.

Now this is not a flower vaporizer like the PAX series, but a cannabis oil vaporizer. The user purchases the body which contains the battery, as well as individual capsules that click onto the top of the body. These capsules have different strains and producers who make the liquid contents. As well as different price points. 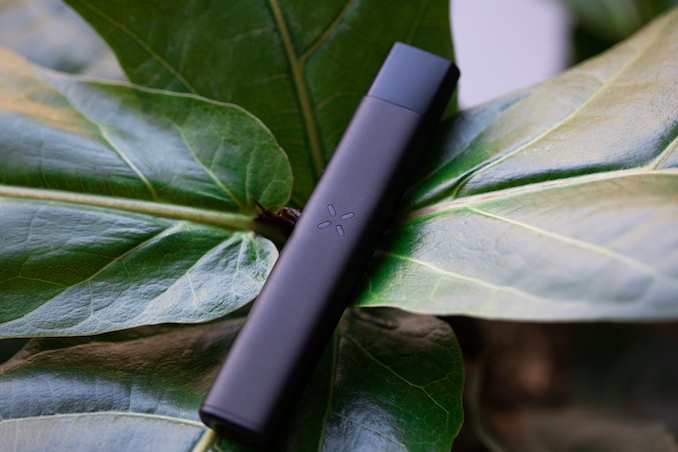 The body costs $99.99 and the replaceable pods range from around $60 – $100 for a single pod. A steady smoker would go through a pod anywhere from 1 to 2 weeks. So it can be expensive for a moderate to heavy smoker. For a light smoker, you could use a pod for a month.

An issue I have had with similar devices in the past is the clogging of the oils. Some of the thicker mixtures can get stuck to one side and not flow over the vents due to their viscosity. I had this issue with the PAX Era Pro as well but discovered, through a chance encounter with a PAX rep doing rounds of stores, that increasing the temperature via the accompanying app, one can increase the liquid flow. Thanks dude!

The PAX app is useable with the PAX line as well as the PAX Era line. Just shake your PAX Era Pro with the bluetooth turned on on your phone and the devices will be paired. Through the PAX App, there are several things you can do.

The temperature control allows the user to control things like flavour or amount of vapour by adjusting the heat that the device warms the liquid to.

“ExpertTempTM automatically adjusts each pod to the optimal temperature, set by our extraction partners, for each specific cannabis oil. Whether a lower temperature for maximum flavour or a higher one for more vapour is preferred, consumers can modify the temperature, set it and forget it.” -PAX

The app will also show the strain of cartridge you have plugged in at that time. It will say the brand of product, whether it is Indica or Sativa, the THC percentage, the CBD percentage as well as the ability to test the strain. Test results show an in depth look into the cannabinoids of your product. You can also view the strain’s details. This provides a bit of a description on the high you will experience as well as some simple tags like “Chill”, or “Rest”, signalling that this strain would be good for sleep and relaxing.

If you are looking for a sleek, lightweight, easy to use with no fuss device, PAX Era Pro could be the one for you.

Toronto companies were well represented at the annual Canadian Cannabis Awards that took place at the Carlu November 30th, 2017. […]

This week we spoke to ShinyBud Cannabis Co., to learn more about how they’re providing Torontonians with carefully curated cannabis! […]